What began as a summer comedy of errors – an Upper East Side doorman finds a Corot painting missing on a courier’s drunken bender – took a strange turn earlier this month when the painting’s owner realized its co-owner may have been involved in its disappearance.  The following is a summary of the news and events that have unfolded over the past few weeks in the case.

The story begins like this: on July 29th a doorman at 995 Fifth Avenue, near 81st Street, discovered a painting in the bushes in front of the building. The nineteenth-century painting, “Portrait of a Girl” by Jean-Baptiste-Camille Corot, whose estimated value is $1.4 million, was apparently lost hours earlier by an intoxicated courier, James Carl Haggerty. Thinking the artwork belonged to one of the building’s residents, doorman Franklin Puentes stored it inside his locker after unsuccessful attempts to locate its owner. Puentes then went on a three-week vacation. When he returned, he heard the buzz about the missing painting and promptly turned it over to the police.

More text, images, and related news links after the jump… 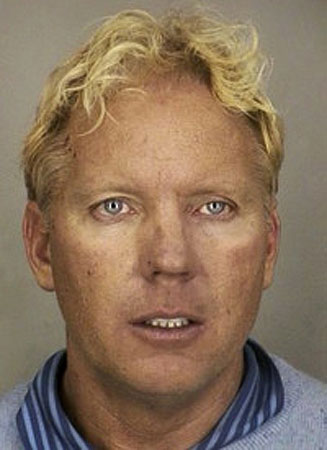 James Haggerty, the courier who misplaced the Corot painting. Image courtesy of the New York Times.

The courier, James Haggerty, has a criminal record, having been convicted in 2006 for vehicular assault. Haggerty claimed that he misplaced the painting on the night of July 28th, after showing it to a potential buyer, London gallery owner Offer Waterman, at the Mark Hotel on East 77th St. The owner of the painting, Kristyn Trudgeon, filed a lawsuit against Haggerty, whose whereabouts were confirmed by video surveillance cameras. According to the New York Times, “Mr. Haggerty was captured on video surveillance footage leaving the hotel with the painting, which is a shade larger than 9 inches by 12 inches, about 12:50 a.m. on July 29. But video recordings of the lobby of his apartment building showed he did not have it when he arrived home about 2:30 a.m.” Trudgeon filed the suit in order to obtain Haggerty’s cell phone records, which, through the use of satellite technology, could aid in locating Haggerty’s exact whereabouts that night. 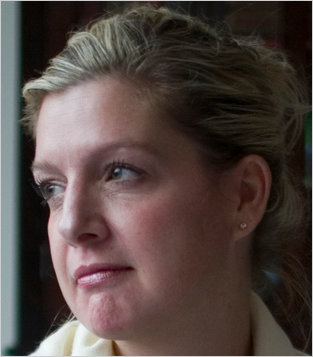 The alibi seemed tight, until Ms. Trudgeon noticed something odd in connection to the case – a mug shot of Thomas A. Doyle, the painting’s co-owner, rumored to be her boyfriend. Doyle was being investigated on on different charges involving art fraud in relation to a sculpture by Edgar Degas. Max DiFabio, the lawyer who represented Ms. Trudgeon, withdrew the lawsuit on Sept. 1, a day after he filed it, after learning that Mr. Doyle had been convicted in multiple art fraud cases.

In the case involving the Degas, reports the Huffington Post, “Doyle claimed family ties to a renowned art dealer in order to persuade a 73-year-old collector to let him take the bronze statue to be authenticated in 2004. Instead, Doyle secretly sold the sculpture to an antiques dealer for $225,000, said then-District Attorney Robert Morgenthau.” The sculpture was valued at $600,000. When those charges were unveiled in 2006, Doyle was already in federal custody for violating a supervised release from a previous arrest in a Tennessee jewelry theft case. 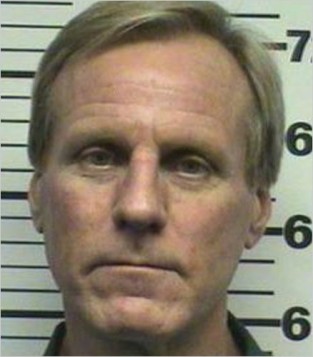 Thomas Doyle, co-owner of the painting. Image courtesy of the New York Times.

In 2007, Doyle pleaded guilty to third-degree grand larceny, and spent over two years in state prison, reports the New York Times. Doyle and Haggerty both worked as consultants for NY-based company Imperial Jets, which leases and charters private aircrafts. Upon finding out about the charges, CEO Howard Gollomp has severed all ties with the former employees. Unsurprisingly, there is some overlap in the time both Doyle and Haggerty spent at Ulster Correctional Facility.

According to a criminal complaint filed by FBI agent James P. Wynne, who specializes in art fraud, Doyle was arrested September 9th on “federal wire fraud conspiracy charges.” The complaint accuses Doyle of trying to defraud an investor by lying about its value. He arranged to buy “Portrait of a Girl” by Jean-Baptiste-Camille Corot from an art gallery in New York for $775,000, but in an attempt to make a profit, he told the investor that the purchase price was $1.1 million. The investor, a Japanese broker from Vancouver who was buying an 80 percent stake in the painting, sent him $880,000 for the transaction. Doyle further misled the investor and broker by telling them he had a buyer for the painting lined up to pay $1.7 million, the complaint said. The painting was actually appraised at $500,000 to $700,000 and there was no ready buyer. The complaint also accuses an unnamed co-conspirator of removing the painting from a warehouse in New Jersey without permission on July 20.

Regarding the lawsuit, Ms. Trudgeon’s first lawyer resigned when he learned of Doyle’s criminal past. Yet Trudgeon stands by her partner, and still plans to continue with her charges against Haggerty. Meanwhile, Manhattan’s District Attorney is launching an investigation, and it seems the case is all but closed.

This entry was posted on Monday, September 20th, 2010 at 5:14 pm and is filed under Art News, Newslinks. You can follow any responses to this entry through the RSS 2.0 feed. You can leave a response, or trackback from your own site.