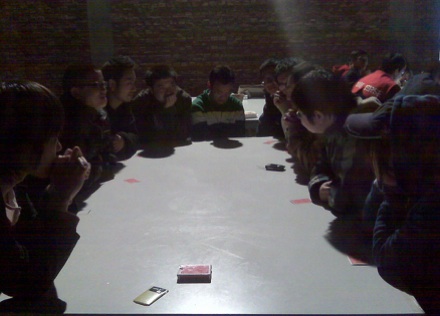 This is the general tragedy of this nation. Everything has to be dealt with by police. It is like you use an axe to do all the housework because this is the only tool you have. -Ai Weiwei, via NPR

Ai Weiwei, one of China’s most internationally-visible and politically-engaged artists, was reportedly placed under house arrest Friday by police in Beijing. According to Ai and media outlets in dialogue with him, the detainment is an effort by authorities to prevent a party the artist scheduled for Sunday night at his studio in Shanghai, in protest of government orders received earlier this year to demolish the space. 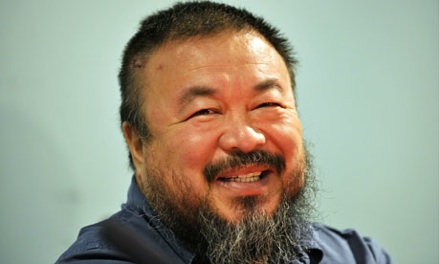 Artist Ai Weiwei, via The Guardian.

More text, images, and news links after the jump… 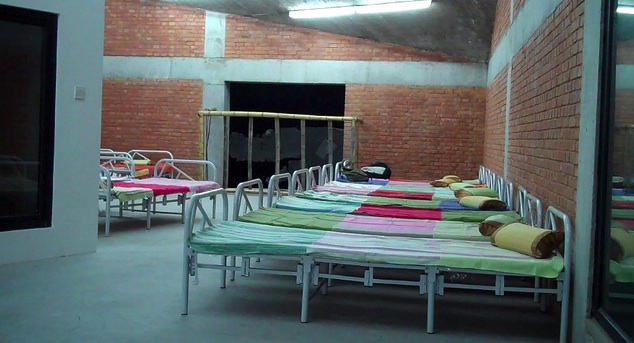 Ai’s Shanghai studio was initially constructed at the invitation of the city’s mayor two years ago, as part of an urban development plan endorsed by local officials. As the artist described to British media outlet The Telegraph:

“It’s all very strange. This guy [the mayor] flew to Beijing twice to personally invite me to build the studio and have one or two artists based there so they could build up the new art district. Now they say they want to knock it down. The local officials say the word has come from above and they’re ‘sorry, but they can’t do anything about it – you have to destroy it’, and no further explanation.”

On Thursday night, he reported to the same source via telephone:

“I am under house arrest. They asked me not to go and to tell everyone the party was off, but I said I couldn’t do that and they’d have to stop me. So now they talked their superiors and came back to say I’m officially under house arrest.”

According to the BBC, he has been prevented from traveling to Shanghai and cannot leave his home until after midnight on Sunday. The artist’s studio was served with a demolition notice after being designated an “illegal structure without prior planning license.” Ai, who has been in communication with the public via international media and Twitter throughout the ordeal, also expressed to The Telegraph that:

“This [being placed under house arrest] just shows how the government are so simple. There is no free press in China, there is no independent judiciary and no way to debate or disagree with the government. That’s why they must send the police to do a job like this.” 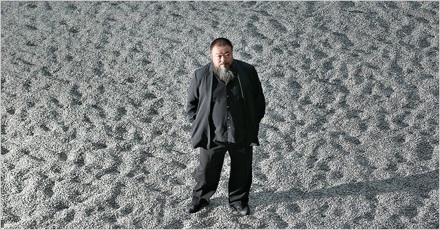 Ai Weiwei with his Unilever Series installation at Tate Modern, Image via ArtInfo.

Accounts of Ai Weiwei’s detainment and the ideological underpinnings thereof have been somewhat complicated by translational idiosyncrasies between English and Mandarin. It is clear however that both the staging of the party and the metaphorical implications of its “menu” carry nuanced political meaning. Ai had planned to serve 10,000 river crabs, or ‘hexie,’ at the event –  the Chinese word for which apparently plays upon the concept of “harmony,” a term often evoked rhetorically in political justifications of censorship. 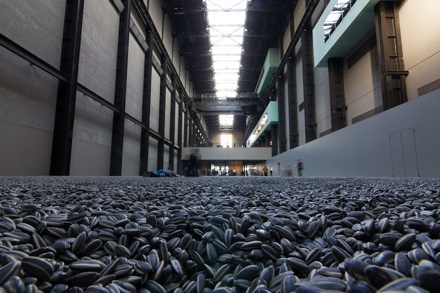 Tensions between the artist and the Chinese government have increased steadily over the past several years. Ai presented the results of an investigation into deaths related to the 2008 earthquake in the Sichuan province in the form of a major art exhibition at the historically-weighted Haus der Kunst, Munich, in 2009.  He also participated in the design of the Bird’s Nest Stadium for to the 2008 Beijing Olympics – an event he subsequently condemned as politically-manipulated by the Chinese government. The iconography of his current installation in Tate Modern‘s Turbine Hall, comprised of more than one million hand-painted sunflower seeds produced in Jingdezhen, China, also addresses his nation’s political history, censorship, and problematic ideologies of labor.

According to Art Forum, Ai believes that “the decision to prevent him from attending the party was indicative of the Chinese government’s inability to tolerate dissent or debate.” Regardless of the outcome of the event itself, its prevention and the institutional and social-media dialogue surrounding it have provided a highly-visible means of engaging an international community on the role of art in censorship and the problematics of political transparency in the artist’s home country.

This entry was posted on Saturday, November 6th, 2010 at 11:20 pm and is filed under Art News. You can follow any responses to this entry through the RSS 2.0 feed. You can leave a response, or trackback from your own site.