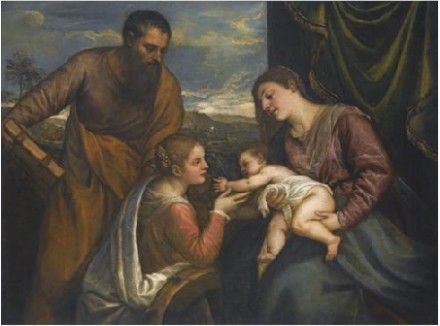 Sotheby’s 378-lot Old Master Sale in New York today realized a total of $90.6 million and set a record for a Titian painting at auction. The painting generated only one bid from an unidentified European collector and sold for its low estimate of $15 million. Still, the sale broke the previous record for a painting by the artist at auction that was set 20 years ago with the sale of Venus and Adonis for $13.6 million at Christie’s in London. The new record-holding painting is a late work and, according to the auction house’s research, has changed hands only six times since its creation around 1560.

This entry was posted on Friday, January 28th, 2011 at 12:14 am and is filed under Art News, Auction Results. You can follow any responses to this entry through the RSS 2.0 feed. You can leave a response, or trackback from your own site.