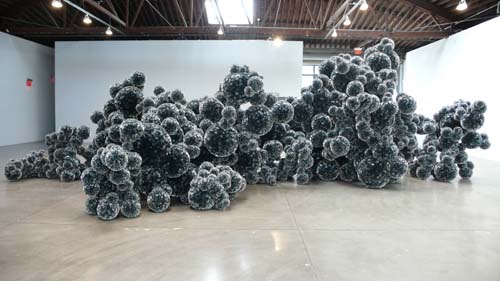 Mundane objects–straws, buttons, pencils, Elmer’s glue and scotch tape–are the materials that Williamsburg-based artist Tara Donovan has used to create her expansive installations. Her latest work on view at Pace Gallery is composed entirely of folded, reflective mylar sheets, product traditionally used for insulation and most commonly encountered in food packaging, transformed into an oversized cell-like structure. Donovan has made her career re-purposing everyday objects into artistic materials, which she then manipulates by performing a singular action repeated infinitely. Donovan begins her works by choosing the material, usually cheap and mass-manufactured, and working to bring out its innate and overlooked material qualities that are usually overshadowed by the functionality of the object. 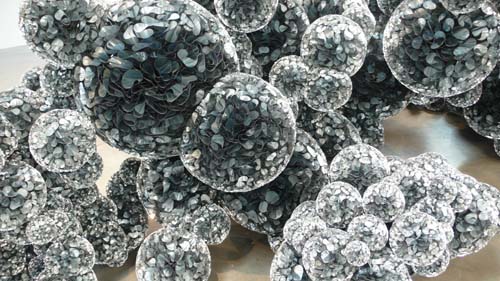 Straws are stacked in Haze (2003), paper plates are layered in Untitled (2003), tape is looped in Nebulous (2002), pencils are broken in Colony (2002), and the resulting structure evolves naturally once the singular action is discovered. The repetitive action on the identical, manufactured objects has a transformative affect, making mylar into an artistic material. Donovan explains that her actions reverse “the intended fate of the material. Instead of this mass-produced item being widely and individually distributed it is amassed and (re)manufactured.” The process of working in this manner mimics natural processes–actions endlessly repeated, that, once accumulated, form something larger than the sum of their parts. As a result, Donovon’s works tend to evoke natural organic forms.

In turn, this organic visual quality of her works reveals the potential within everyday materials for mimicking natural growth processes, thus relating biological and mass-produced objects. Donovan explains that the reason for this affinity is “…because I’m completely relying on the physical properties of the material before me, kind of going where it naturally inherently wants me to go, so that things always wind up mimicking nature in a way.” The amassing of one repeated action gives the works a false appearance of complexity. 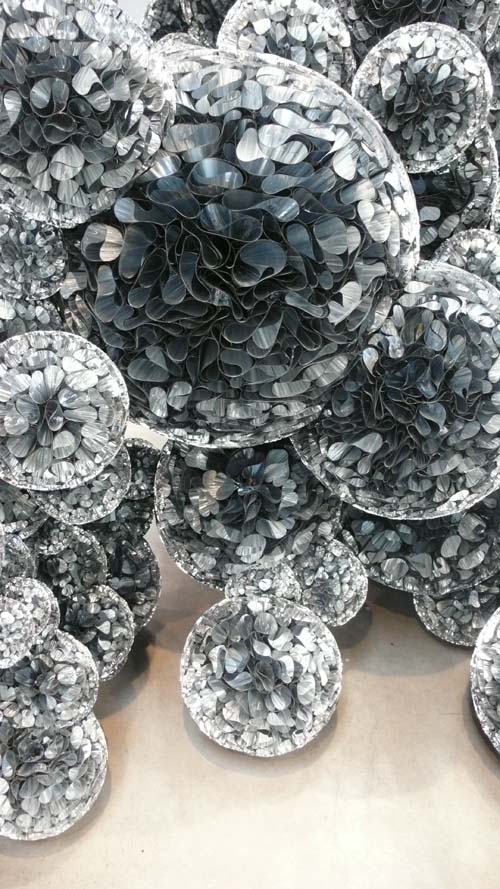 Many critics place Donovan’s works into the tradition of minimalists and conceptualists like Carl Andre and Sol LeWitt. Both Andre and Donovan transform everyday materials into artistic mediums, but Andre’s works are transformed in part by the gallery context itself, while Donovan’s materials are transformed by this repetitive, accumulated action. Andre’s works rely upon the context to transform the materials, whereas Donovan alters the objects into raw materials to be manipulated in themselves. However, both artists show the potential co-existence of the everyday object within the art object. The viewer recognition of the object’s origins within its minimalist and conceptual trappings allows Donovan to exploit “the physical characteristics of the thing that have nothing to do with what it is used for.” Removing the functionality of the object, and reducing it to a material to be manipulated open up the object to seemingly infinite variation. 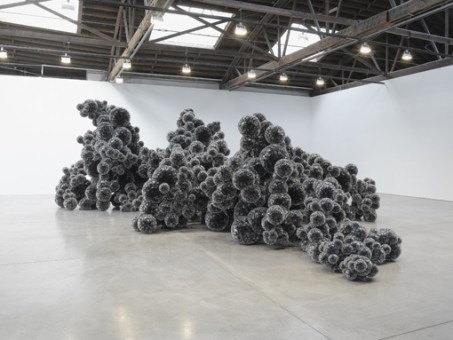 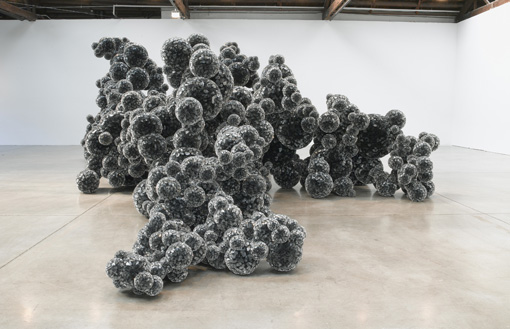 This entry was posted on Tuesday, April 5th, 2011 at 12:05 am and is filed under AO On Site. You can follow any responses to this entry through the RSS 2.0 feed. You can leave a response, or trackback from your own site.