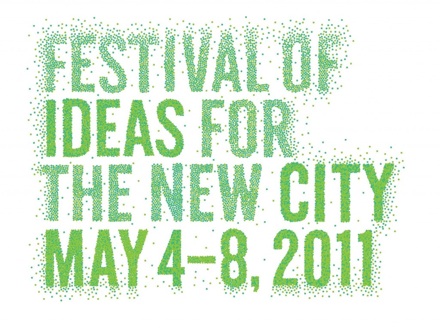 Founded by the New Museum, the Festival of Ideas for the New City is a collaborative program which embodies the Lower East Side’s re-invention as a cultural hub and alternative to chic Chelsea. During the four-day long effort, innovative ideas, fresh talent and some familiar faces will be showcased with a mix of street festivities, panel discussions and gallery projects. 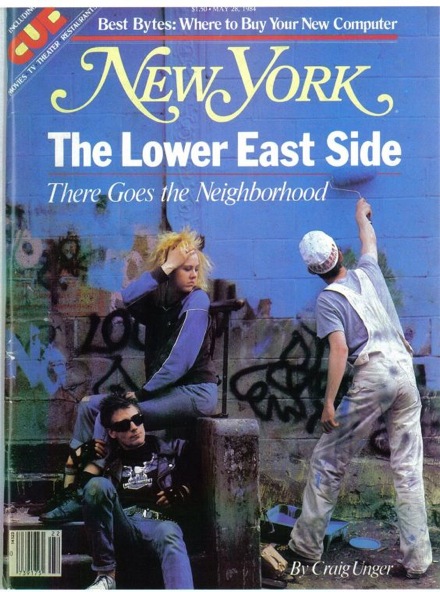 The changing Lower East Side freflected in an 1984 issue of New York Magazine. 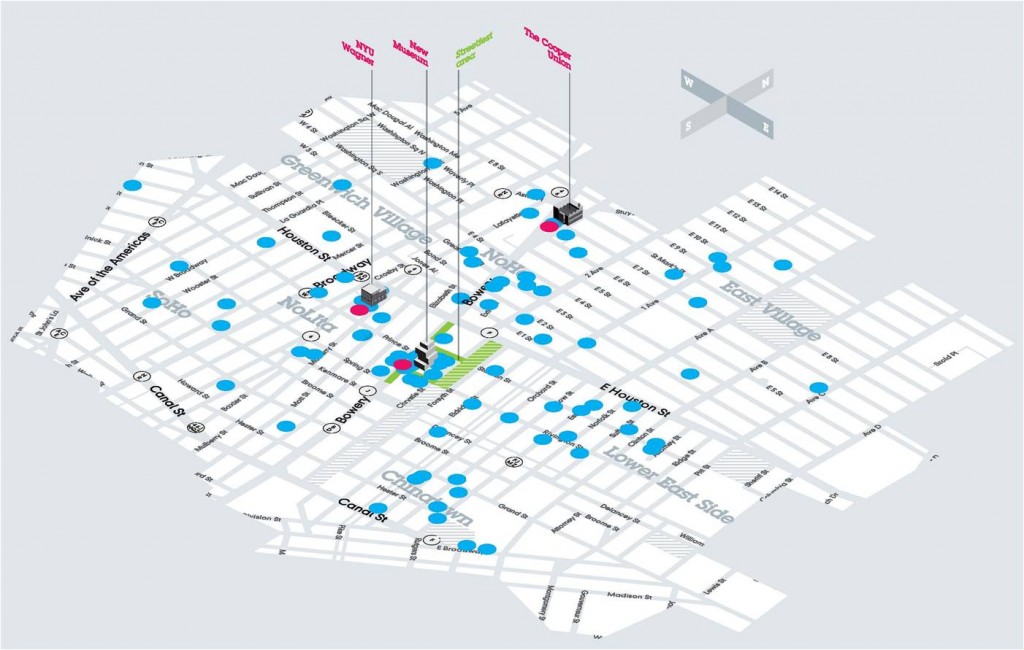 A Festival Of Ideas map showing the various downtown event locations, via Festival of Ideas for the New City

The Festival Of Ideas follows its sponsor’s philosophy encouraging art’s expansion out of the museum and into its urban surroundings, so it comes as no surprise that the list of participating institutions is heavy with those with an emphasis on social responsibility and sustainability such as neighborhood staples Café Habana, the Bowery Poetry Club, or the Bowery Mission, which opens its doors to a rooftop garden. There are also many LES galleries participating- James Fuentes LLC and Salon 94 will both show exhibitions that consider their physical and social surroundings. 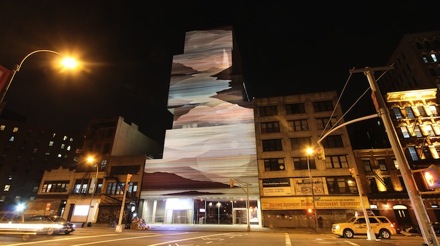 Nuit Blanche’s Flash:Light project, 2010, via Festival of Ideas for the New City

The Flash:Light project which will project works on the night scape of Mulberry, Houston and Bowery streets, brought together 18 local and international artists and considers space outside of the traditional gallery. Jules Marquis will present a less spectacular yet possibly more effective counter part to the frenetic city in a work in which the artist collective lights one white candle, placed as a subtle reminder of silence, solitude and bliss. Cabinet Magazine’s University-on-the-Bowery brings the idea of expansion into the field of intellectual interaction via scholars and writers interacting with visitors. 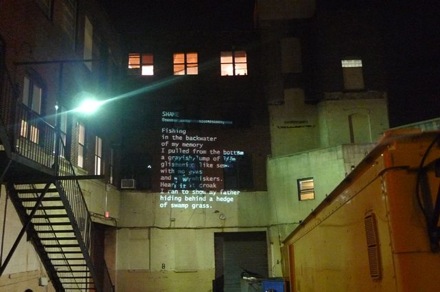 The Bowery Poetry Club will show poetry projected on LES’s urban landscape, via Festival of Ideas for the New City

The Festival Of Ideas is explained further on their website, www.festivalofideasnyc.com, which features among other information an event blog, a brief interview with Ken Farmer of Nuit Blache, an interactive map and a detailed schedule of the upcoming events.

Event Page [Festival of Ideas for the New City]

This entry was posted on Tuesday, May 3rd, 2011 at 11:49 pm and is filed under Art News. You can follow any responses to this entry through the RSS 2.0 feed. You can leave a response, or trackback from your own site.