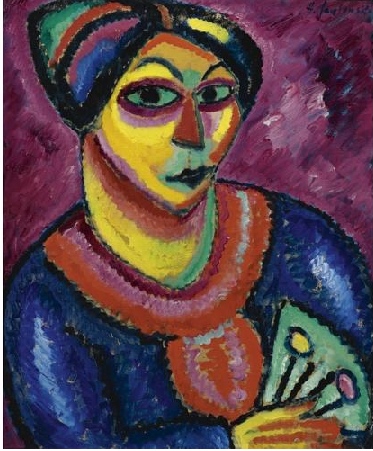 Tuesday night’s auction of Impressionist and Modern art at Sotheby’s New York, which carried presale estimates of $158.9-229.7 million, realized $170.5 million for forty-four of fifty-nine lots sold. The sale had a sell through rate of 74.6% by lot and 84.8% by volume. In reflecting on the evening at the press conference, Simon Shaw, head of the Impressionist and Modern department at Sotheby’s New York, noted that while bidding was “not euphoric,” there was still solid bidding both in the room and on the telephone. The sale’s top lot – Picasso‘s 1934 portrait of his muse Marie-Thérèse Walter – did not reach its low estimate when it sold for $21.4 million (allegedly to an Asian buyer), and several other top lots were bought in. Still, the evening saw spirited bidding for a few works, and several artist records were set. 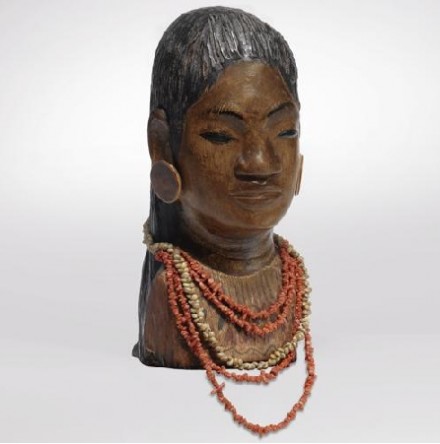 Alexej von Jawlensky’s vibrant portrait of his wife, Helene, and Paul Gauguin‘s sculpture of a Tahitian woman tied for second place after the Picasso when they each sold for $11.3 million. Though the Gauguin sold for its low estimate ($10 million not including the buyer’s premium) after only two bids, the price realized completely shattered the previous record of $1.5 million for a sculpture by the artist. The Jawlensky picture sold comfortably within presale estimates of $8-12 million. 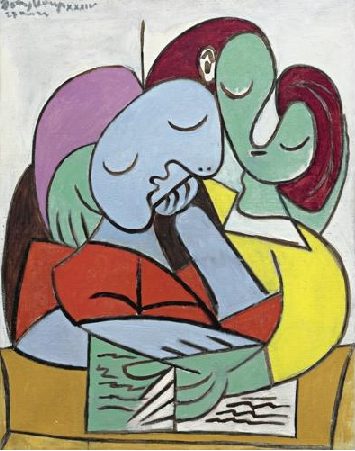 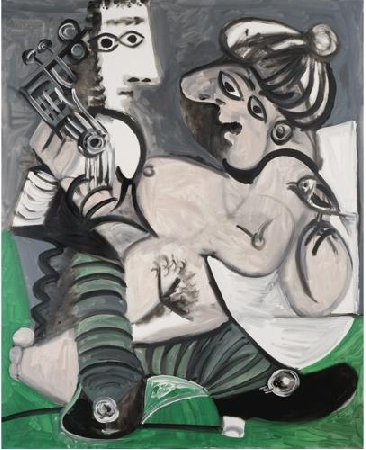 The Sotheby’s sale included ten Picasso lots, eight of which found buyers. Aside from Femmes Lisant (Deux Personnages) the Picasso lots that were most successful were two that came from the collection of San Francisco based collector Dodie Rosekrans. Couple a la Guitare sold for $9.6 million against a low presale estimate of $10 million, and a “Bone” picture titled Femme sold for $7.9 million against a high estimate of $5 million. 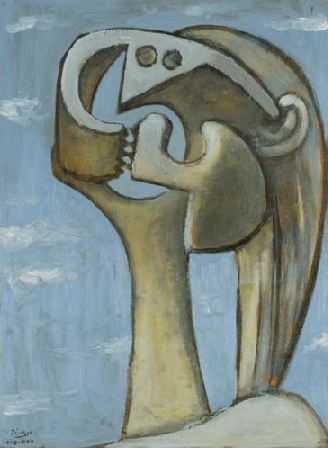 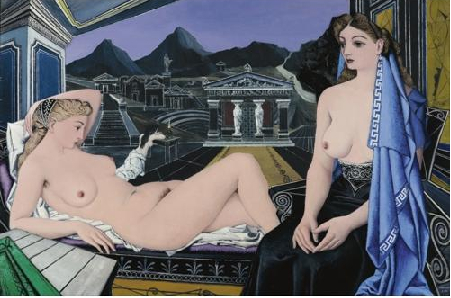 A record was also set for Paul Delvaux when his bold Les Cariatides sold for $9 million, well above its high presale estimate of $5 million. After less than spectacular results for works by Giacometti during the last auction cycle, Tuesday evening’s sale offered a glimmer of hope for this artist’s market. A bronze sculpture was among the evening’s top lots and sold for $7.4 million against a high estimate of $3 million. A painted portrait was predictably bought in, but the third and final Giacometti lot, a sculpted portrait of his brother Diego, sold within presale estimates for $1.2 million. 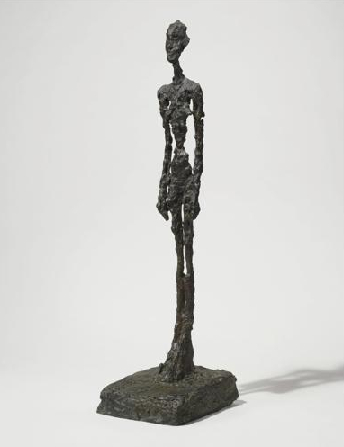 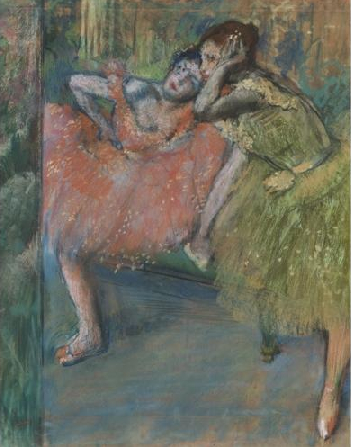 A record was also set for a work on paper by Edouard Vuillard when La Partie de Plaisir sold for $3.7 million. In addition to Picasso and Giacometti, works by Degas, Bonnard, Gris, Miro, Chagall, Kandinsky, and Buggati were also bought in. 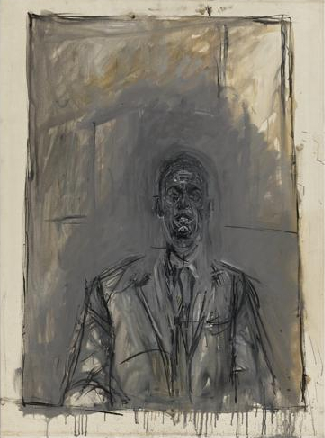 Overall, the sale reaffirmed that the market is strong for top-tier works and that there is little interest in anything else. Tomorrow rival auction house Christie’s will hold their Impressionist and Modern sale. Follow ArtObserved on Twitter for live tweeting at the auctions, and check back here for auction results.

This entry was posted on Tuesday, May 3rd, 2011 at 11:42 pm and is filed under AO On Site, Art News. You can follow any responses to this entry through the RSS 2.0 feed. You can leave a response, or trackback from your own site.