The Philosophy of Andy Warhol (From A to B and Back Again)
(Andy Warhol, 1977)
Read More and Buy↠
Home » Go See – New York: ‘Unpainted Paintings’ at Luxembourg & Dayan through May 27th 2011 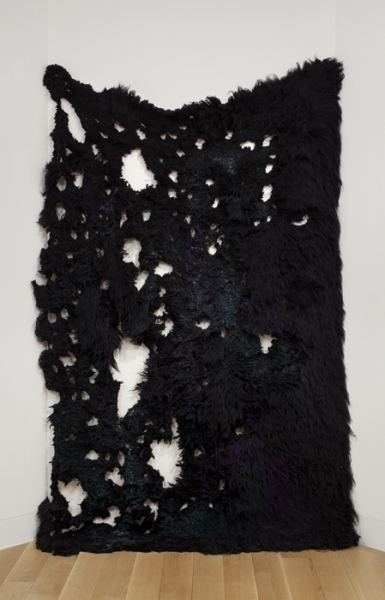 Luxembourg & Dayan’s “Unpainted Paintings” is an international survey of Modern artworks from 1950 to today. Organized by Alison Gingeras, chief curator of the Palazzo Grassi in Venice, Italy, “Unpainted Paintings” runs through May 27th.  The show asks viewers to contemplate what makes a painting a painting, displaying works that confound conventional definitions of the medium.

More text and images after the jump…The exhibition includes artworks which often include include little or no paint, instead using mediums ranging from gold leaf to urine- what exactly makes “a painting” is never quite answered,  In his Psychotic Reactions from 2011, Dan Colen, known for his painted sculptures, mashed flowers into gesso on canvas. Across the same gallery is Andy Warhol’s Piss Painting (1977-1978) in which Warhol literally peed on his canvas. We also can see relative newcomer Anna Betbeze’s Oasis 2011: her sizeable and holey wool wall-hanging is a mix of navy blues, purple highlights and white flecks. 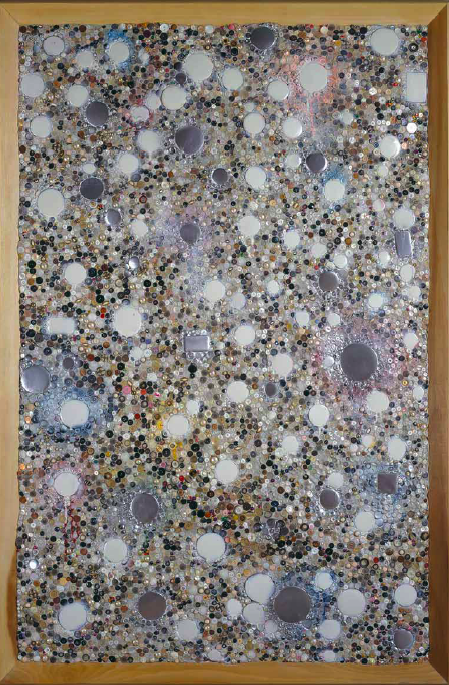 The exhibition covers the entire building, (although the top floor is open only occasionally) and each floor is divided thematically. On the first floor, the Warhol and Colen pieces are exhibited in “Stained Sheets.” Upstairs, in “Materiologies” is Robert Rauschenberg’s Untitled (Gold Leaf) from 2008: here, Rauschenberg has layered flaky gold leaf atop fabric. Other artists on exhibit include Paola Pivi and Piero Manzoni grouped together in “Meta-Paintings.” In Untitled (Pearls) Pivi’s plastic beads hang recalling some sort of tentacled sea creature, whereas Manzoni uses more a more traditional painting vocabulary in yellow, honeycomb-like canvas. 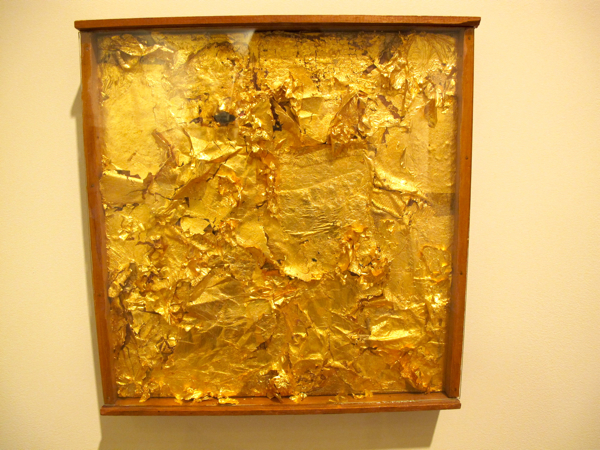 Many of the thirty-seven works in “Unpainted Paintings” have never been publicly displayed, despite the fact that this exhibit brings together some of the most prominent artists of the postwar period. The works have been culled mostly from private collections and artists’ estates, though few, in the case of younger artists, have come directly from studios themselves. 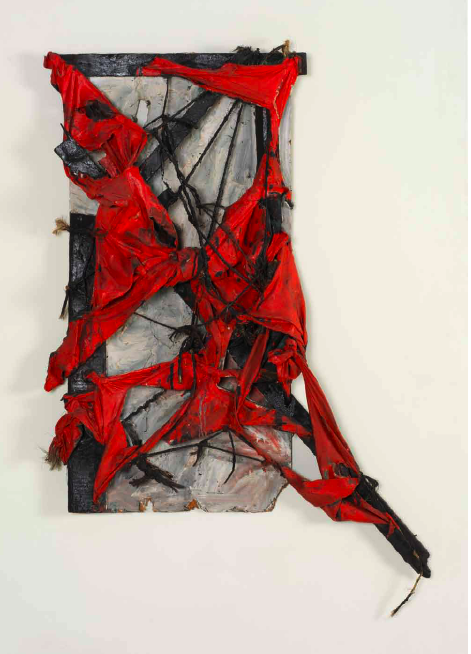 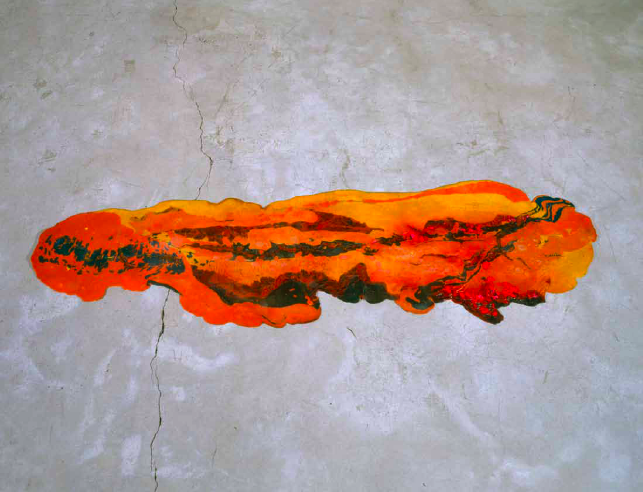 “Unpainted Paintings” successfully mixes materials that at first glance, appear more sculptural than painterly in order to question traditional classifications, and suggest that perhaps it is time for a new definition of painting. The show is open through May 27th, 2011.

This entry was posted on Friday, May 13th, 2011 at 12:01 am and is filed under Art News. You can follow any responses to this entry through the RSS 2.0 feed. You can leave a response, or trackback from your own site.

One Response to “Go See – New York: ‘Unpainted Paintings’ at Luxembourg & Dayan through May 27th 2011”