Go See – New York: “The Women in Our Life: A Fifteen Year Anniversary Exhibition” at Cheim and Read through September 17th, 2011 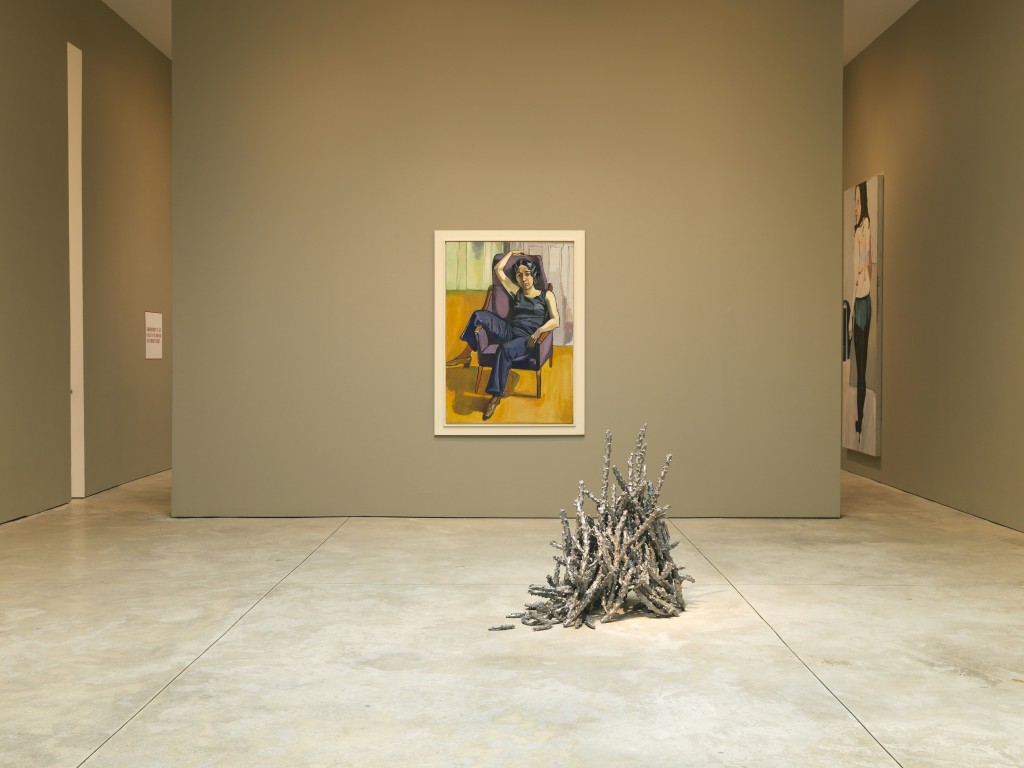 Installation view. All images courtesy of Cheim and Read unless otherwise noted.

For the first time in its fifteen years, Cheim and Read is showcasing all of its female artists, including Louise Bourgeois, Jenny Holzer, and Diane Arbus, for a celebratory exhibition. Less of a critical show on feminism, the exhibition is more of a simple gathering of varied artists. “The Women in Our Life: A Fifteen Year Anniversary Exhibition” reminds us of the voice and vision of some of these major players in contemporary art. 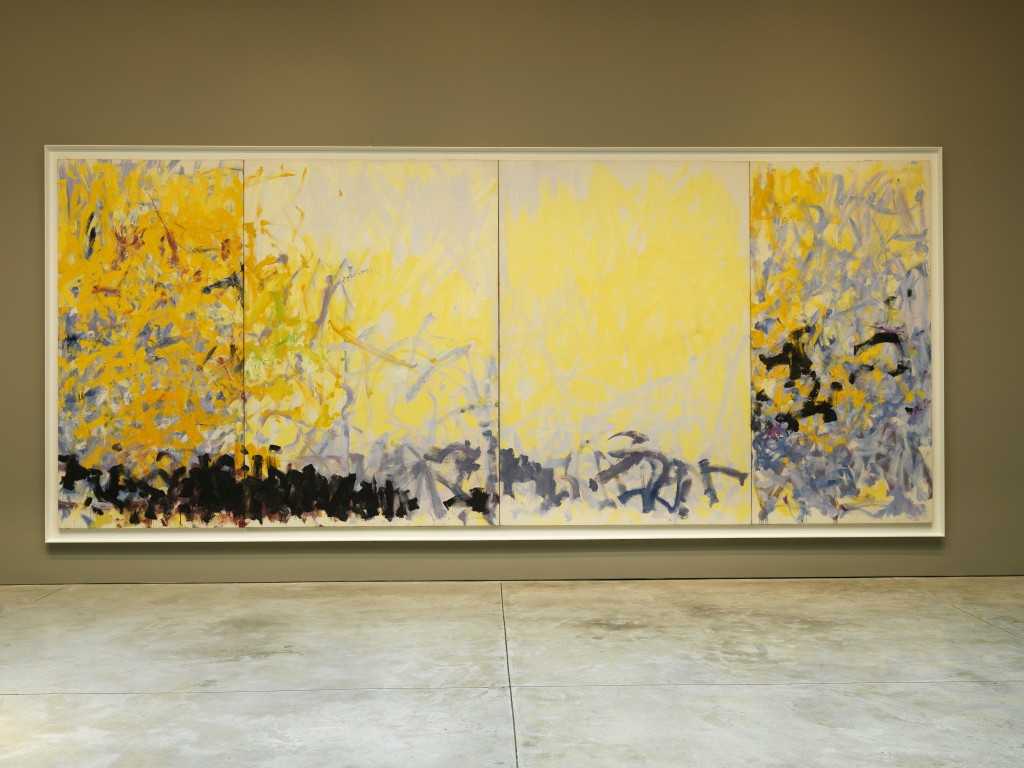 The sequence of work is flourishing, fluid and elemental. Immediately, the viewer encounters a lethargic Alice Neel portrait, a sprightly Joan Mitchell painting, a thorny metal nest of aluminum branches by Lynda Benglis, a temperamental Louise Fishman, and Pat Steir’s titanic, ominous Winter Group 5: Dark Green, Red and Silver (2009-2011). The two-paneled work is somber and abrasive, a cohesive blackish brownish color on the left panel and a more defined, two-tone color scheme of silver and green on the right panel. Up close, the prickly surface is threadlike with veins of paint surfacing like wood, crackling like human skin. Pulsating and visceral, the Steir juxtaposed with the Mitchell suggests one of the threads of the show: creation and renewal. 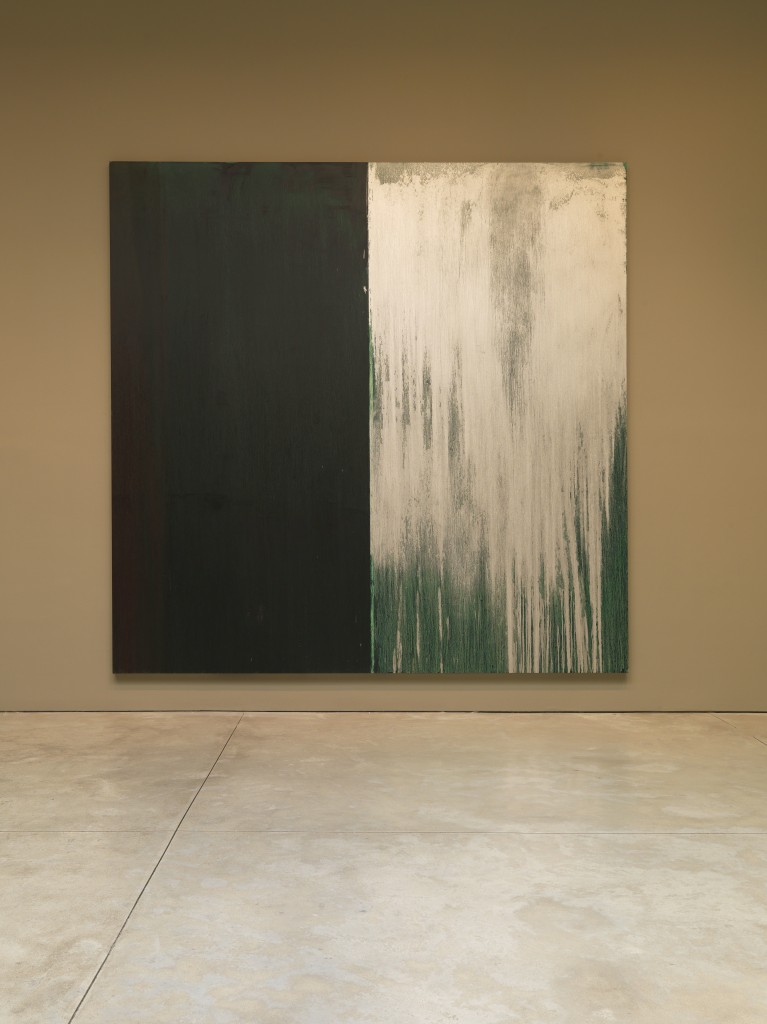 A towering self-portrait by Chantal Joffe and three black-and-white photographs by Diane Arbus hang in the second gallery. A Husband and Wife in the Woods, at a Nudist Camp, NJ (1963), recalls the liberation of the ’60s, but also, spatially and contextually, the lustful Biblical scene of Adam and Eve, as exemplified by Lucas Cranach the Elder. This, and the two bordering photographs, one of a transvestite and the other of a woman can be seen, in context, as exploring the notion of feminine nature. 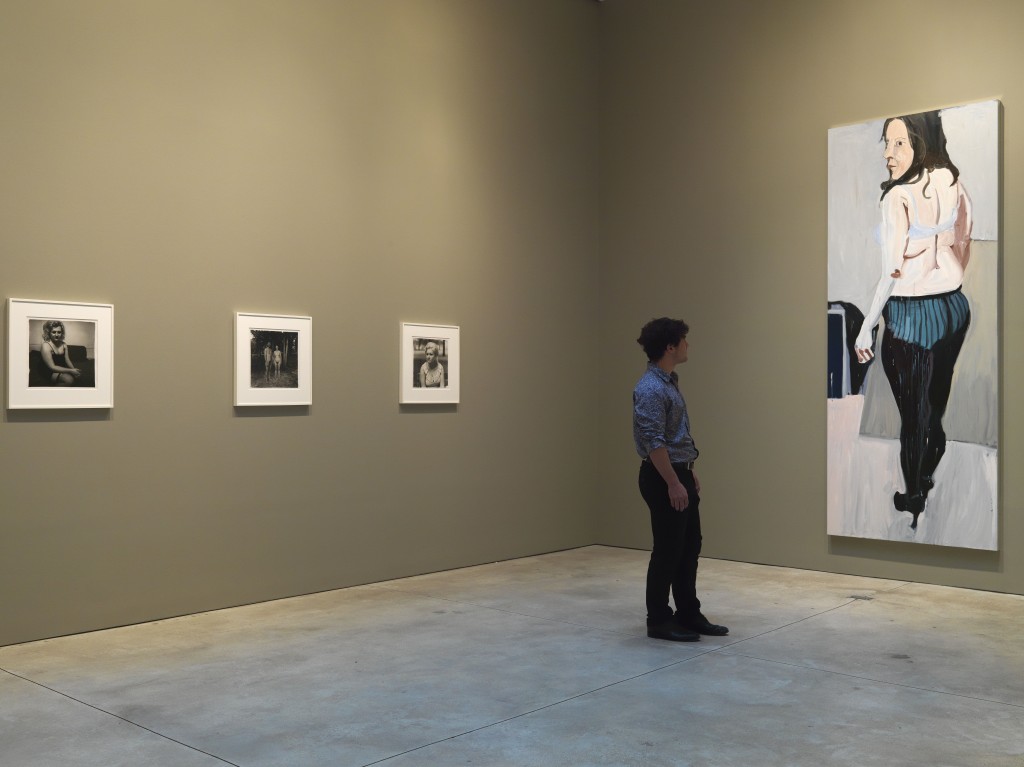 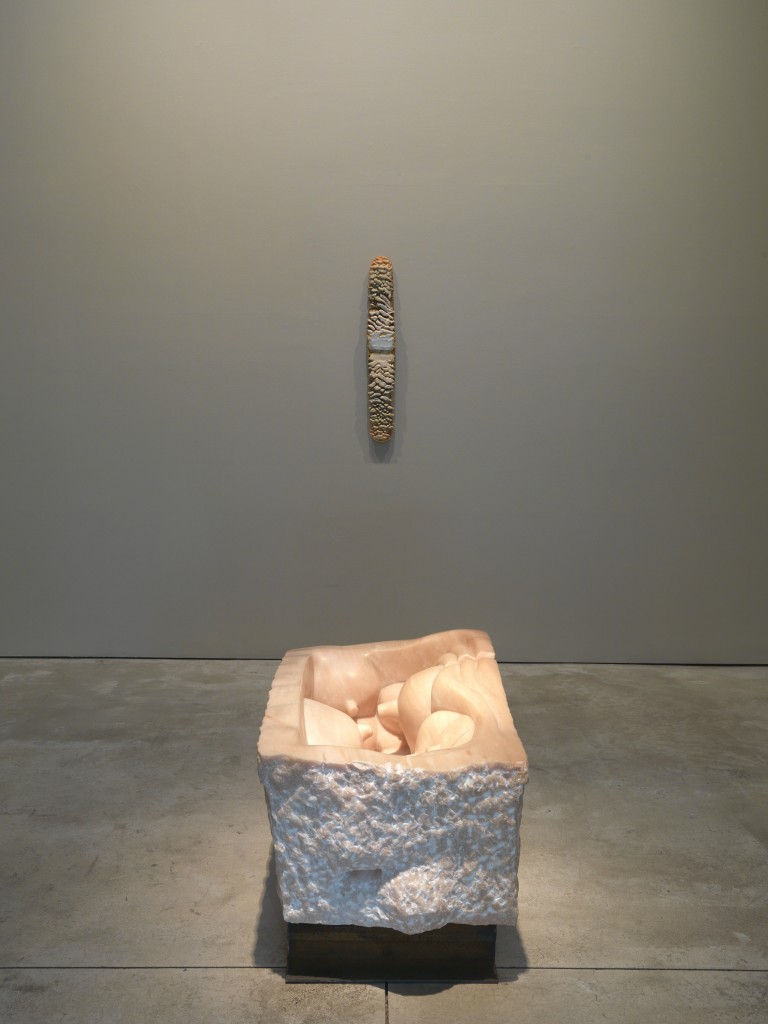 In the final space, Louise Bourgeois’ Nature Study No. 5 (1995) sits like a coffin, the exterior rough and unpolished pink marble, while the cavernous interior is carved with fleshy breast-like forms. Hanging above is another piece by Lynda Benglis in which layers of thick petals of encaustic on a wooden plank build up like a fungus, dripping close to the surface of the wall. Lastly, Pat Steir’s Moment (1974) is presented—a steely, silvery oil painting coolly depicting a flower crossed out with two lines.

“Women in Our Life” concludes with a surprising selection of work emphasizing independence and achievement, work that involves a rejection of classical beauty and exploration of natural forces. Though the show draws no distinct conclusions about the nature of femininity, it presents a powerful and poignant collection of work by some of the most important artists in history, regardless of gender.

This entry was posted on Tuesday, September 6th, 2011 at 10:52 am and is filed under Go See. You can follow any responses to this entry through the RSS 2.0 feed. You can leave a response, or trackback from your own site.

One Response to “Go See – New York: “The Women in Our Life: A Fifteen Year Anniversary Exhibition” at Cheim and Read through September 17th, 2011”