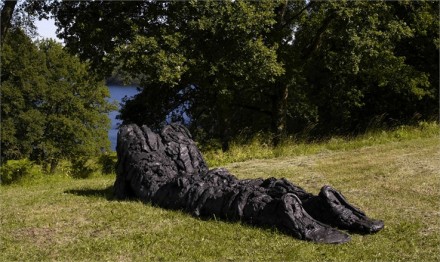 On Vassivière Island, What Went Down is Thomas Houseago‘s first exclusively sculpture exhibition in France, at The Centre International d’art et due Paysage de L’ile de Vassivière. Both the building and its surroundings are filled with large, monumental sculptures inspired by the Vassivière landscape. Curated by Chiara Parisi, the artist creates with plaster, bronze, and wood, applying traditional ‘high-art’ materials to sprawling, awkward, masculine forms. Houseago has described his work as unskilled, saying “I could talk for hours about Michel Foucault, but I couldn’t draw. So I feel like I’m in a punk band. I’m completely unskilled. I feel like I just have to do it.” 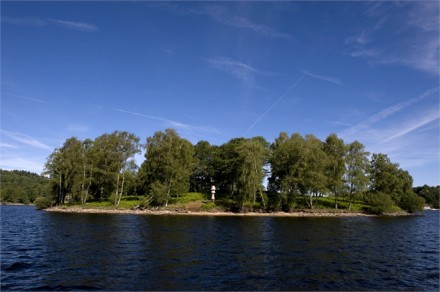 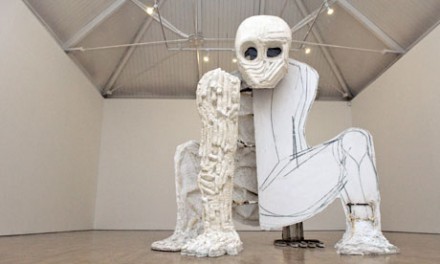 By placing the sculptures throughout the museum and its grounds, What Went Down forces visitors to feel and experience the work as it comes into their own personal space. The sheer size of Houseago’s sculptures impress a vulnerability onto the viewer, yet in their imperfections, the sculptures themselves are also vulnerable, perhaps even self-conscious and human-like. Baby, with the face of a ‘Day of the Dead’ skull, crouches ready to take its first steps. The white of the body is aggressive and hard; there is no warmth to the child. 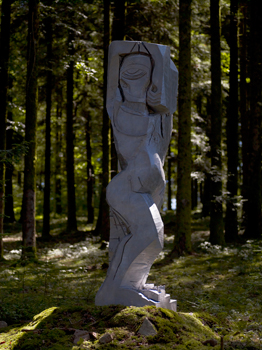 Houseago currently lives and works in Los Angeles though he was born in the United Kingdom and studied at London’s Central St. Martins College of Art and Design. His work has been displayed in numerous museums including the Museum of Contemporary Art, Chicago, Contemporary Fine Arts, Berlin, and the Modern Institute, Glasgow, and his statues were featured in the Whitney Museum of American Art’s 2010 Biennale. Most recently, his large sculpture Hermaphrodite (2o11) sold for a reported $425,000 at the Frieze Art Fair 2011. 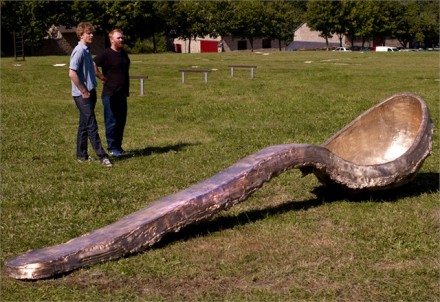 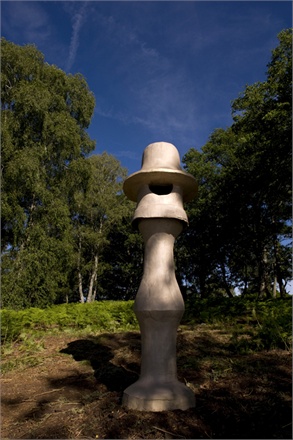 This entry was posted on Friday, October 21st, 2011 at 5:59 pm and is filed under Art News, Go See. You can follow any responses to this entry through the RSS 2.0 feed. You can leave a response, or trackback from your own site.