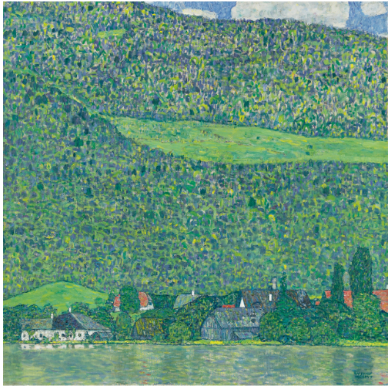 The Impressionist and Modern art evening auction at Sotheby’s New York on Wednesday night realized $200 million for 57 of 70 lots sold. Business proceeded as usual within the auction house despite the deafening cacophony from protesters stationed outside the building’s main entrance (Sotheby’s has been feuding with their art handlers for months). Earlier today the auction house announced that one of the evening’s top lots – one of Matisse‘s bronze Nu De Dos sculptures estimated to bring $20-30 million- had been withdrawn from the sale after having been sold privately yesterday afternoon (along with the other three in the series, which also belonged to the Burnett Foundation, and which were slated to sell at auction over the next year). Excluding the Matisse, the sale carried estimates of $168-230 million. The $200 million total fell comfortably within expectations and bested Christie’s comparable sale on Tuesday evening. At the press conference Sotheby’s noted that last night’s results at Christie’s were “sobering” and that they did take the opportunity today to talk to consignors and in some cases lower reserves. 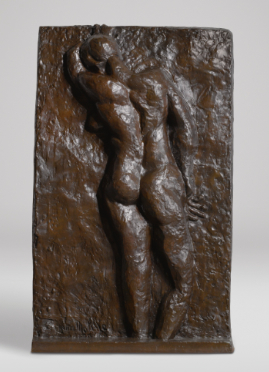 Top lot honors went to a colorful Klimt landscape that was recently restituted to the heir of the painting’s original owner, from whom it was seized by the Gestapo in World War II. The canvas was expected to bring in at least $25 million. Bidding started at $17 million and steadily climbed to $36 million, or $40 million with fees. The buyer was Zurich dealer David Lachenmann, who was bidding on behalf of a client. 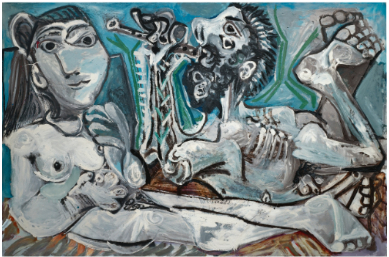 The second highest earning lot was a large and late Picasso titled L’Aubade. The 1967 picture sold for $23 million against a high estimate of $25 million and set the record for a late Picasso at auction. Two other high priced Picassos that were expected to bring about $5 million each – Le Tremplin of 1957 and Tete d’Homme a la Pipe of 1965 – were bought in. 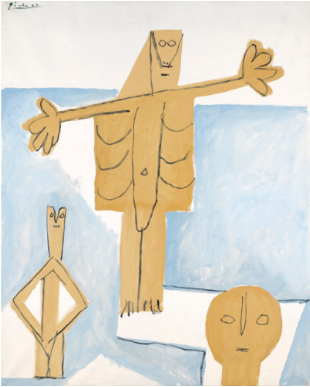 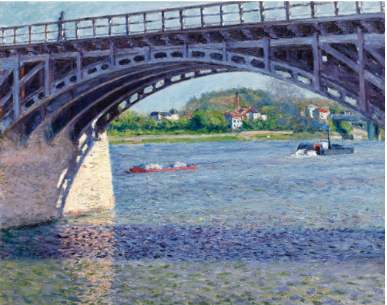 One of the evening’s fiercest bidding wars was for Gustave Caillebotte’s Le Pont D’Argenteuil et La Seine. The painting sold for $18 million against a high estimate of $12 million and set the record for the artist. The auction house noted that the work had been purchased in 2008 for about $8 million, and the steep increase in price contradicted the widely accepted notion that works of art must be kept off the market for many years in order to accrue significant value. 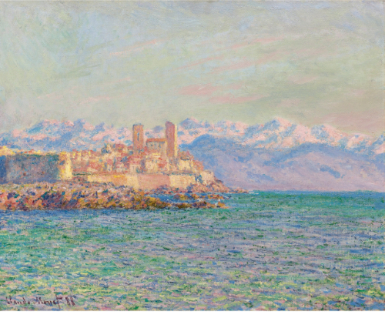 A pretty Monet rounded out the top four lots. Antibes, Le Fort sold for $9.2 million, above the high $7 million estimate. The piece was offered by the Museum of Fine Arts, Boston in order to fund new acquisitions. The museum sold seven works on Wednesday evening, including paintings by Paul Gauguin and Pierre-Auguste Renoir, for a total of $18.5 million. The Israel Museum in Jerusalem also consigned seven works that brought in $11 million total. 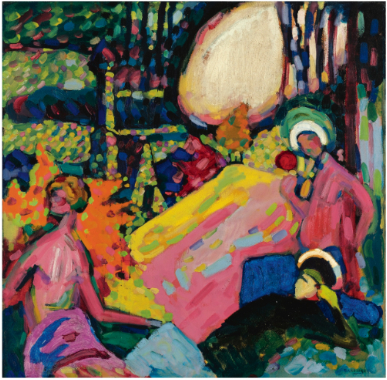 The mood was upbeat at Sotheby’s, and the results of the sale seemed to calm nerves that were left fraught after the Christie’s sale Tuesday night. Next week Sotheby’s, Christie’s, and Phillips de Pury will hold Contemporary art sales. Check back for a preview of those auctions.

This entry was posted on Thursday, November 3rd, 2011 at 12:14 am and is filed under AO On Site, Auction Results. You can follow any responses to this entry through the RSS 2.0 feed. You can leave a response, or trackback from your own site.