AO On Site – London: Daniel Buren ‘One Thing to Another, Situated Works’ at Lisson Gallery through January 14, 2012 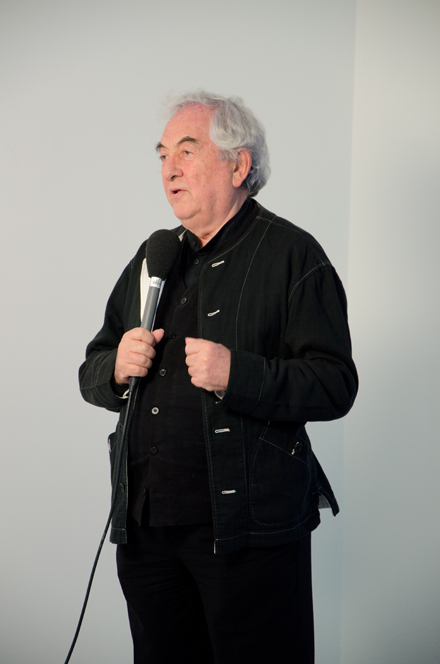 All photos by Caroline Claisse for Art Observed

The work of Daniel Buren has, for over 40 years, sought to explore the relationship of art and space, using his trademark striped painting technique as a method to emphasize the engagement between art, exhibition space and the viewer.  His current show One Thing To Another, Situated Works at the Lisson Gallery in London, continues this dialogue, exhibiting a number of brightly-colored works that incorporate Buren’s technique into new mediums. 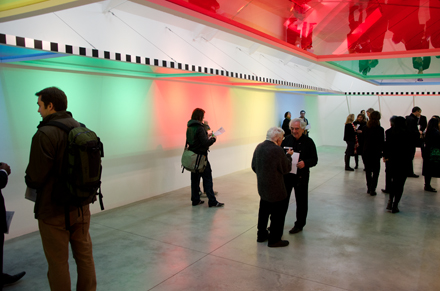 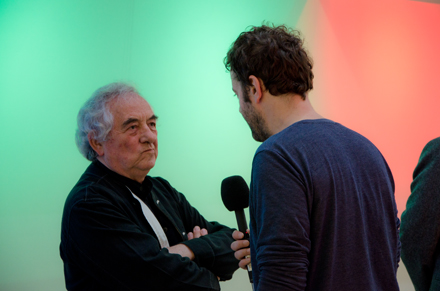 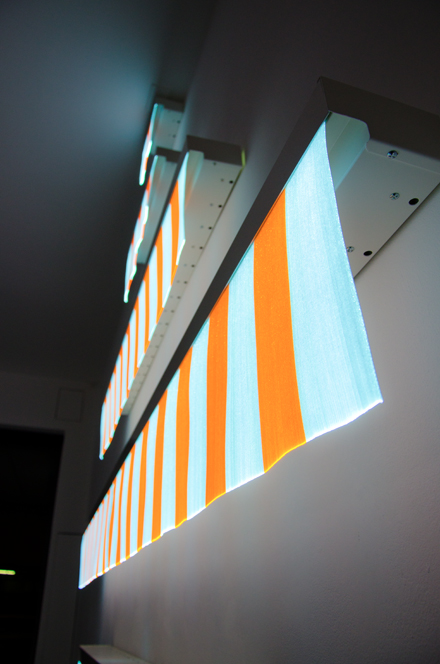 Upon entering the gallery, visitors are presented with a number of woven, fiber-optic sheets, which, when lit, present Buren’s signature pattern while also reflecting and illuminating the space around them. Dependent on the flow of electricity to stay illuminated, these studies again support Buren’s vision of art as dependent on its location, and illustrate the transformative nature of their presence. 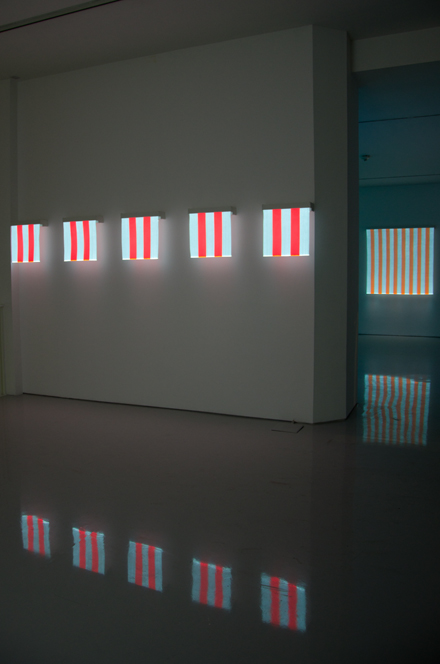 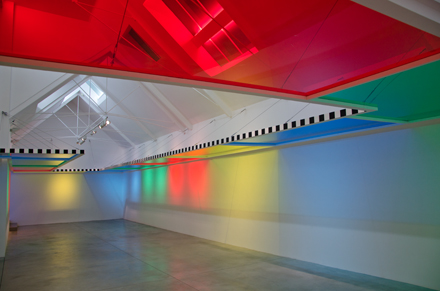 Another major piece on view is the installation A Perimeter for a Room, a plexiglass awning which spans, quite literally, the outside walls of the second room in the gallery, shifting perspectives on the walls, ceiling, floor, and even the object itself depending on its vantage point. Challenging the nature of a singular perspective, the piece requires visitors to engage physically with the space itself, pacing around to view various walls and areas of illumination. 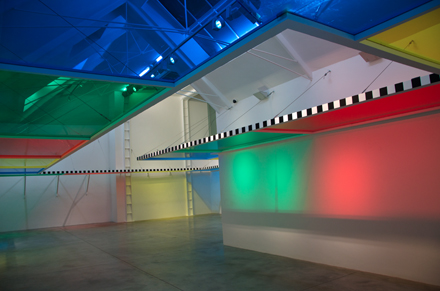 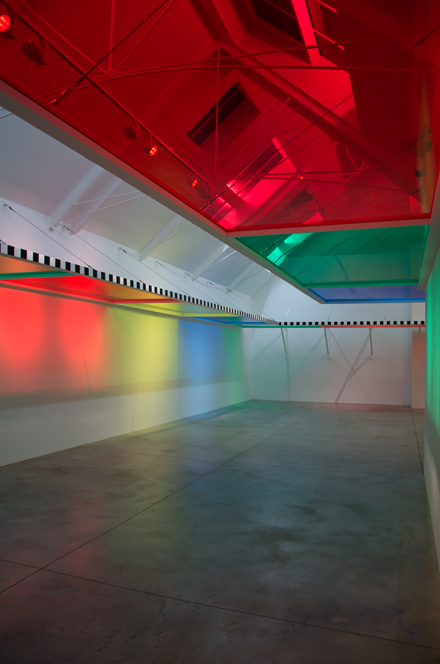 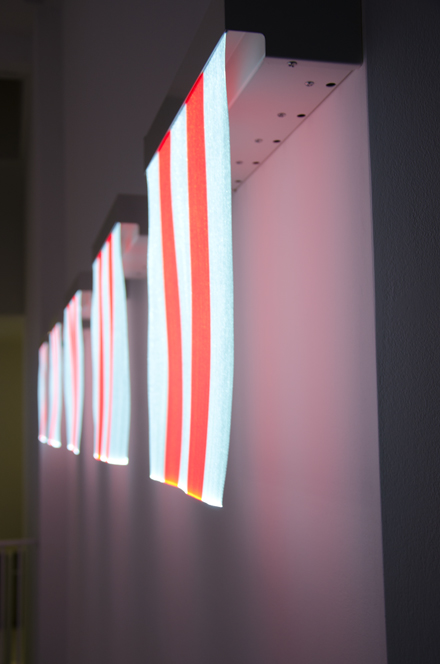 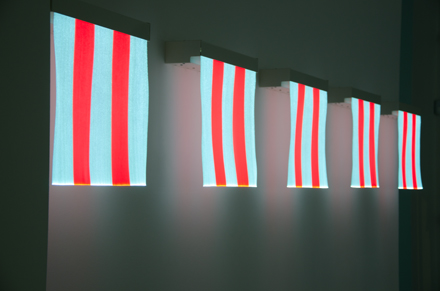 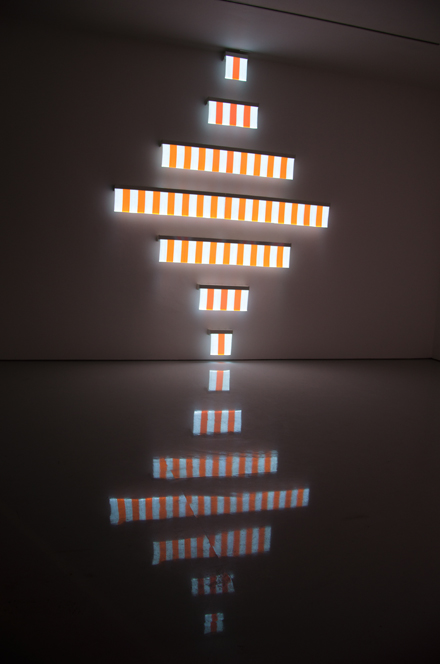 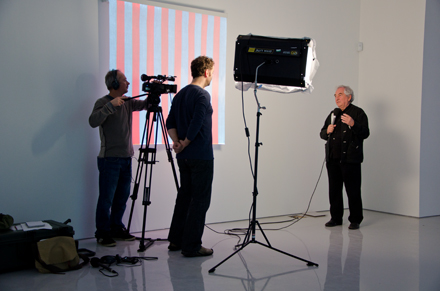 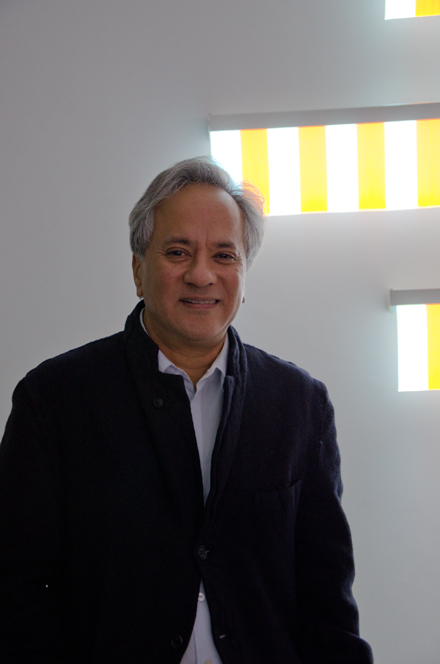 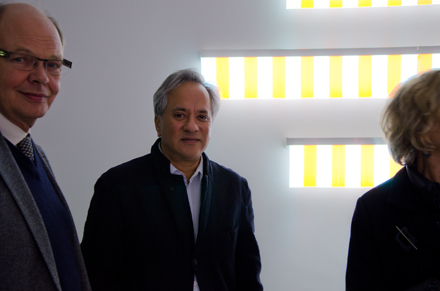 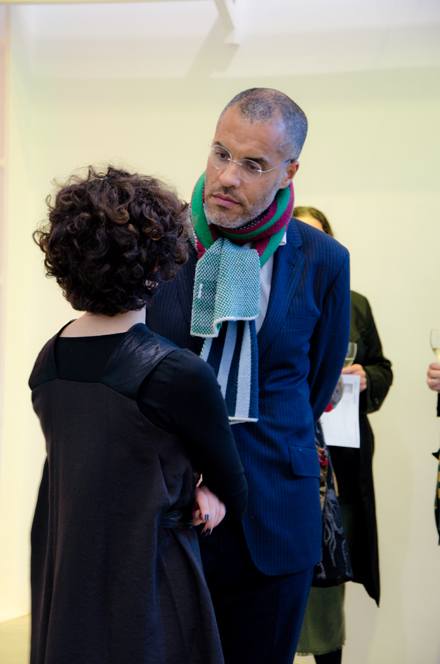 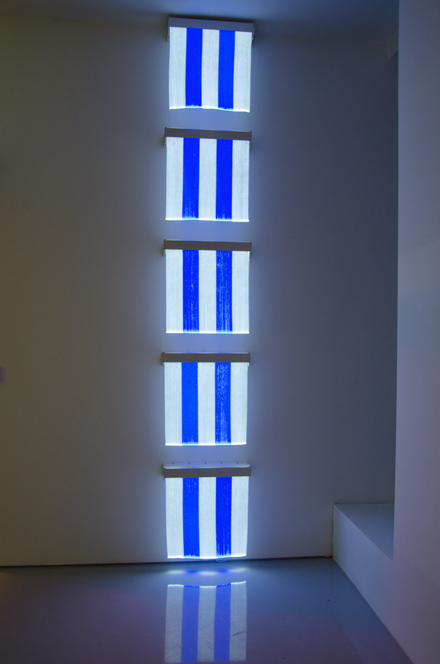 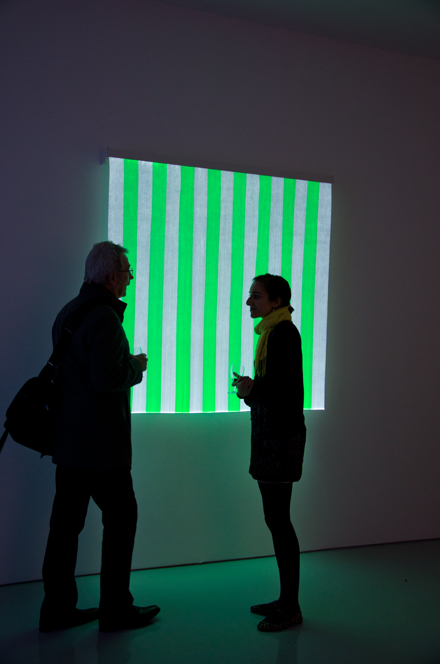 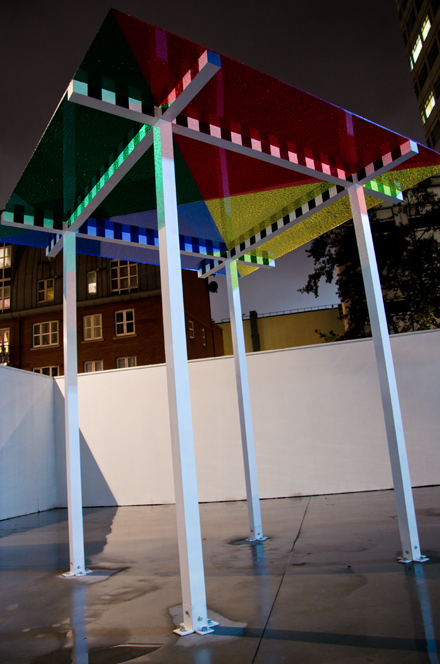 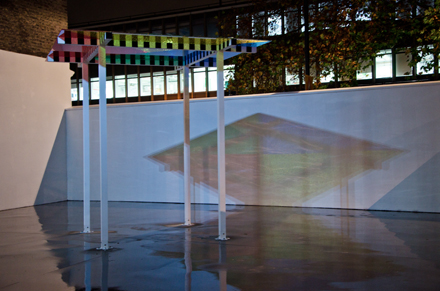 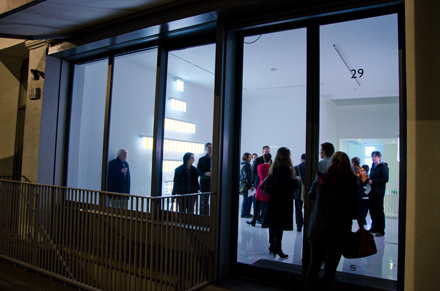 This entry was posted on Monday, December 26th, 2011 at 12:01 am and is filed under AO On Site, Go See. You can follow any responses to this entry through the RSS 2.0 feed. You can skip to the end and leave a response. Pinging is currently not allowed.