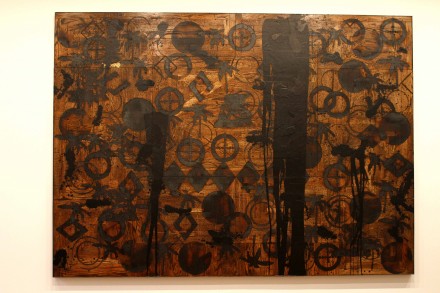 Rashid Johnson, The Sweet Science (2011). All images for Art Observed by E. Damenia.

Chicago-born multi-media artist Rashid Johnson brings Rumble, an exhibition of new works, to the Hauser & Wirth uptown gallery in New York City as a precursor to his upcoming solo exhibition at the Museum of Contemporary Art in Chicago, opening this spring. Rumble is inspired by prizefight promoter Don King and takes its name from the legendary 1974 fight between Muhammad Ali and George Foreman, the Rumble in the Jungle. Hauser & Wirth’s Upper East Side townhouse is a fitting home for Johnson’s exhibition—the space was previously owned by King himself. 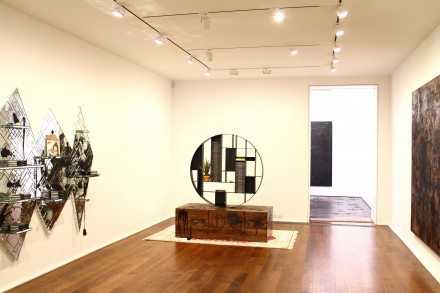 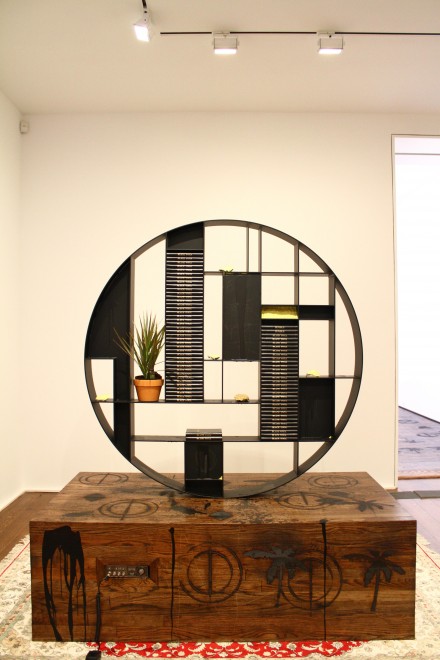 As a child, Johnson was intrigued by King’s seemingly unabashed patriotism. While many African-Americans sought to reclaim their connection to Africa, King pronounced himself “the living attestation of the American dream, the extolment of this great nation.” Johnson has remarked, “He was the archetype of a new Negro patriot, which was an unthinkable concept for just about every black person in America at that time. In the 1970s, a lot of contradictory symbols and signifiers were occupying the same space in national consciousness. One moment, everyone was wearing dashikis and looking for their African roots. Suddenly that all stopped and they were listening to hip-hop and watching shows on the Black Entertainment Network. I’m interested in exploring that sort of seismic change, looking into the space between things that came before and after. For me the undefined, in-between space is where it gets interesting.” 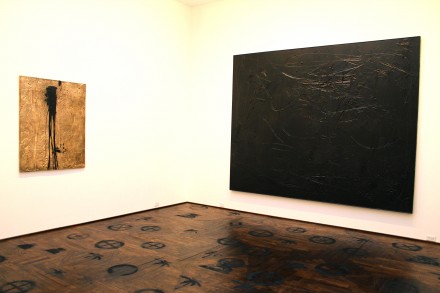 Johnson’s work, which ranges from paintings to sculpture to video (and many mediums in between and combinations thereof), embodies the dualistic and often contradictory identity many black Americans felt in the 70s. Johnson’s art is bold, striking and powerful, but it also nods to the importance of symbolism and tradition. At the rear of the gallery’s ground level, you will find a charred red oak floor filled with burnt-out symbols and markings. Johnson says of the floor, “I’m giving agency to the last thing people notice, since the floor is almost always the last thing anyone considers.” 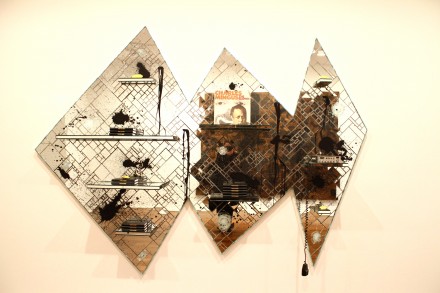 Many of Johnson’s pieces feature fragments of broken mirror—once shattered, now put back together—and splashes of black paint made from melted soap and wax. 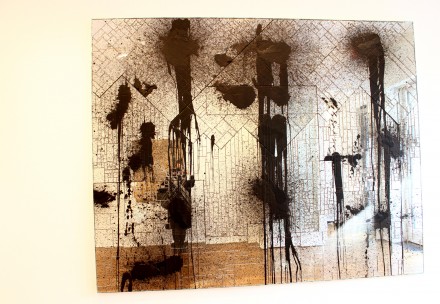 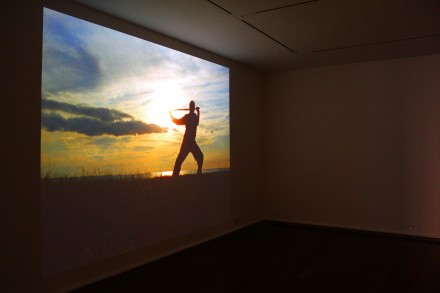 Rumble also includes the short film The New Black Yoga, which was inspired by Johnson’s attempts to learn yoga while in Berlin. Unable to speak German, learning the practice quickly became an awkward act of imitation, as Johnson twisted and contorted, parroting the unfamiliar poses. This experience reminded Johnson of the 1970 Martin van Peebles movie Watermelon Man, in which a white racist man awakes to find he has undergone a Kafkaesque metamorphosis into a black man. “Layering these and other associations, Johnson’s The New Black Yoga is a poignant wit-laced visual poem about improvisation, sampling and invisible codes, and the roles these play in the evolution of persona,” says the gallery’s description of the exhibition. 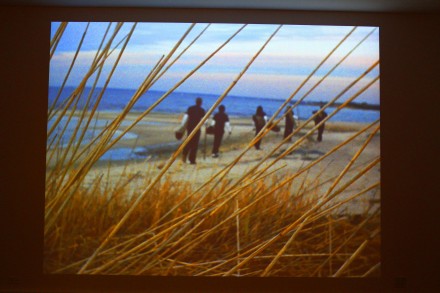 Johnson talked to the New York Times about watching the 1988 world heavyweight championship fight, promoted by Don King, between Mike Tyson and Michael Spinks. He describes the fight, which lasted only 91 seconds, as “The most aggressive knockout dominance I’ve ever seen,” with Rumble portraying a similar aggression and rawness. 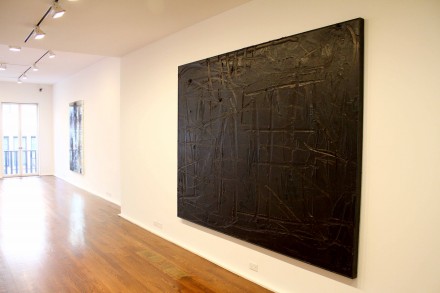 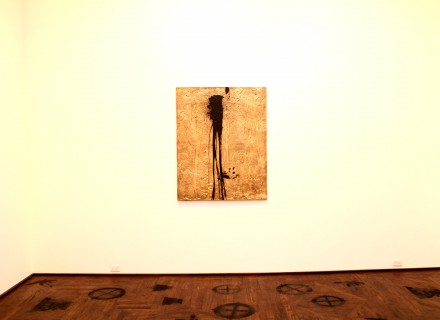 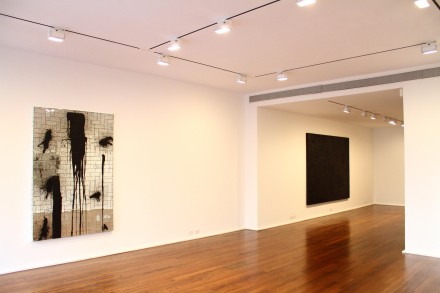 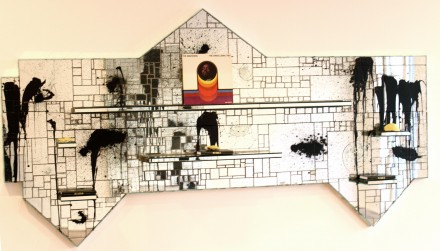 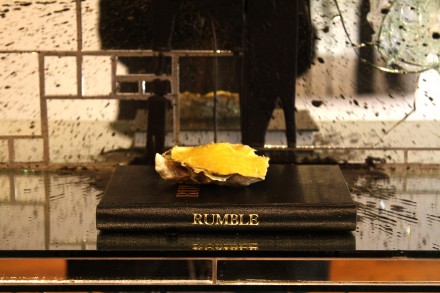 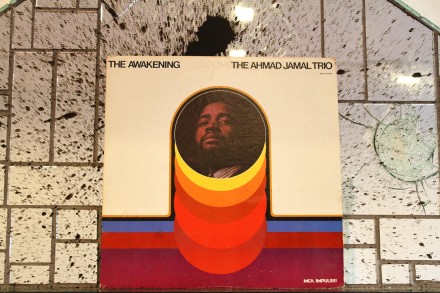 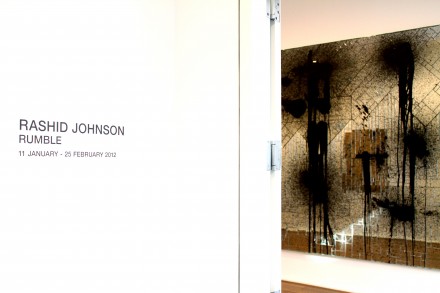 This entry was posted on Saturday, February 18th, 2012 at 11:41 am and is filed under AO On Site, Go See. You can follow any responses to this entry through the RSS 2.0 feed. You can leave a response, or trackback from your own site.