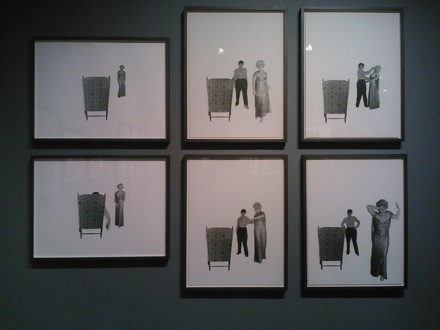 Running through March 11 at the Park Avenue Armory on New York’s Upper East Side is the 24th annual Art Show organized by the Art Dealer’s Association of America (ADAA). Benefitting The Henry Street Settlement, the show features 35 solo-exhibit booths, and 37 thematic installations from a select array of galleries including Metro Pictures, Cheim & Read, Pace, David Zwirner, Marian Goodman, Anton Kern, and Gladstone Gallery, to name a few. With a steady, if not entirely bustling crowd Thursday afternoon, the gallerists reported positively about sales and client traffic at a show carrying a heavier contemporary selection than in years passed. 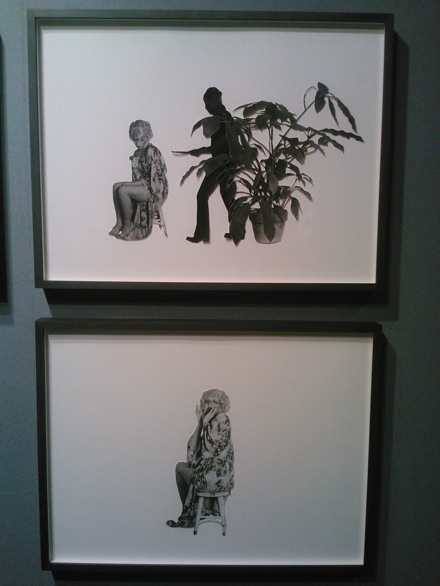 With Cindy Sherman’s retrospective currently on view at MoMA, Metro Pictures’ booth of her Murder Mysteries series seems appropriately placed front and center at the entrance to the show. The striking, yet minimal black and white photo collage series was produced as the pre-cursor to Sherman’s Film Stills series in 1976, enacting a criminal narrative through character cut-outs. At $250,000 for a series of three or $350,000 for a series of six, Michael Plunkett relayed the gallery’s positive experience at the show, and that the series is close to completely sold. 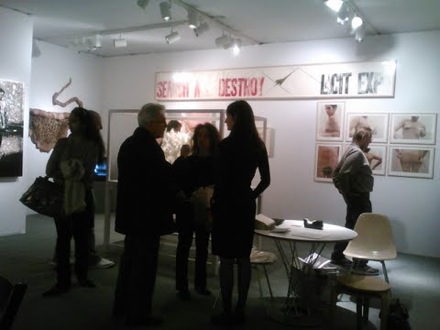 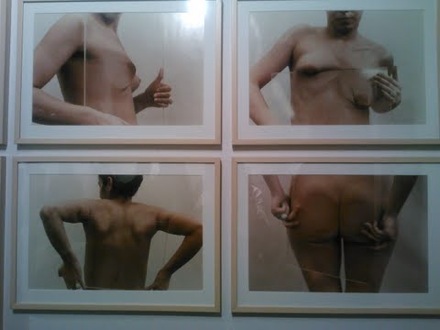 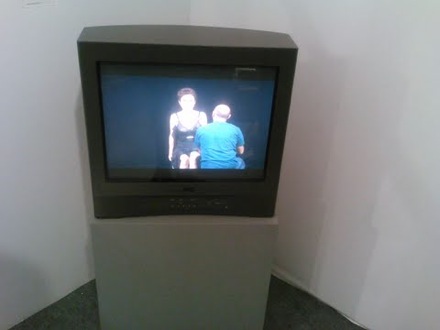 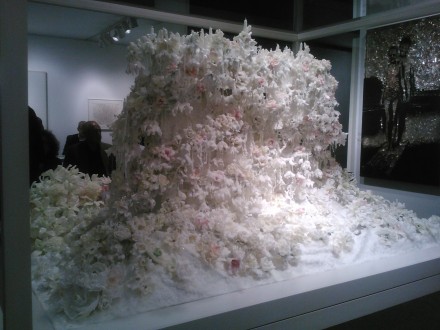 Galerie Lelong opted for a thematic installation over a solo-exhibit booth, creating Here First, dedicated exclusively to female artists. The impressive group of work included included Ana Mendieta’s Untitled (Glass on Body Imprints) of 1972, Nancy Spero’s Search and Destroy (1967-74)  and 2 videos of Yoko Ono’s Cut Piece—one of her Carnegie Hall performance in 1965, and another recorded of her re-enactment in Paris in 2003. Cheim and Read titled their pairing of Lynda Benglis and Adam Fuss Knots and Entrails, showcasing works sharing themes concerning “the body, nature, transformation, and perception.” Fuss’ vibrant and massive photograms in electric pinks and purples sat alongside Benglis’ sculptural manipulations splattered in jewel tones and metallics. It was noted that the works were selling well, and that Benglis’ work had received noticeably increased attention since her retrospective at New York’s New Museum last year. 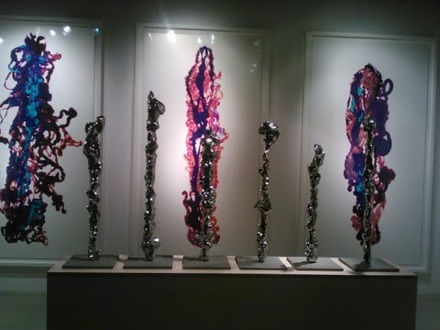 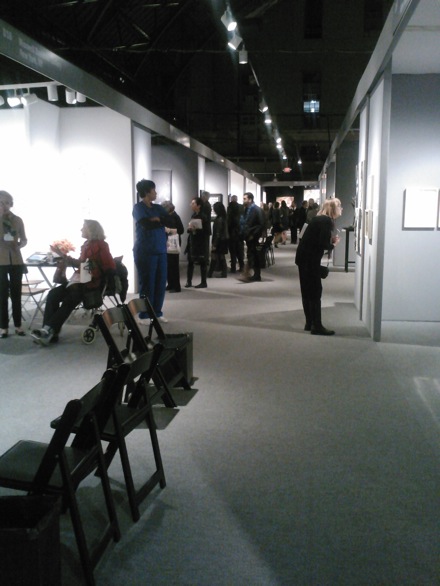 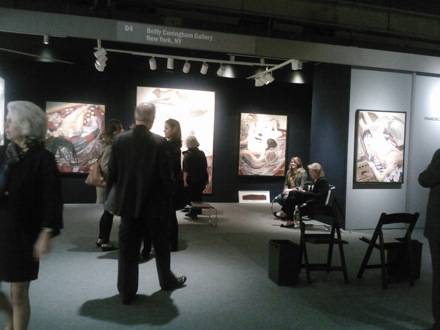 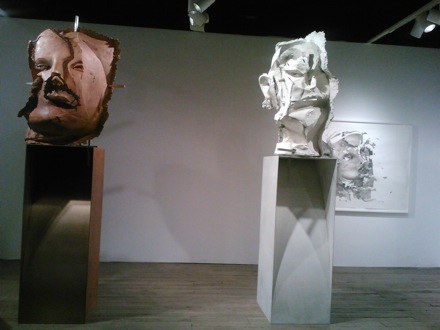 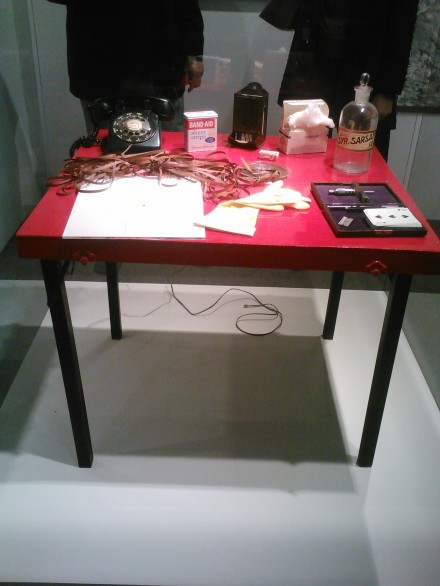 Other galleries reported to have sold out include Tanya Bonakdar and David Zwirner. Bonakdar’s booth was dedicated to Sarah Sze, whose colorful and corporal structures have recently garnered her appointment as the Unites States’ representative at the Venice Biennale. Zwirner had on view a solo exhibit of Suzan Frecon’s geometric abstractions. Ted Bonin of Alexander and Bonin expressed seeing familiar faces, predominantly New York clients, and a momentum leading up to the fair. Director of Marian Goodman Gallery, Lissa McClure echoed that the show had been successful for the gallery, and that there had been a cross-section of clients from outside of New York as well. For a show whose work is typically reflective of its classic, even conservative Upper East Side surroundings, dealers saw desirable outcomes from pushing more toward the contemporary and avant garde. 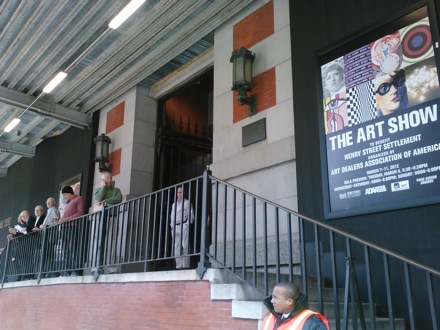 This entry was posted on Sunday, March 11th, 2012 at 2:32 pm and is filed under AO On Site, Art News, Go See. You can follow any responses to this entry through the RSS 2.0 feed. Both comments and pings are currently closed.