May 19th, 2022
REFERENCE LIBRARY
Home » London: Santiago Sierra “Dedicated to the Workers and Unemployed” at the Lisson Gallery through 3 March 2012

London: Santiago Sierra “Dedicated to the Workers and Unemployed” at the Lisson Gallery through 3 March 2012 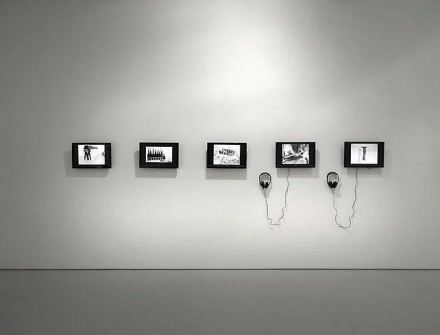 Installation View. All images courtesy of the Lisson Gallery

On view at London’s Lisson Gallery is the latest exhibition of work by Santiago Sierra, Dedicated to the Workers and Unemployed. The show features fifty-three videos thematically grouped: performance-based works, films, and video documents of sculptural projects. Dedicated to the Workers and Unemployed includes a conversation between Sierra and the curator and critic Hans-Ullrich Obrist and will be open through March 3, 2012. 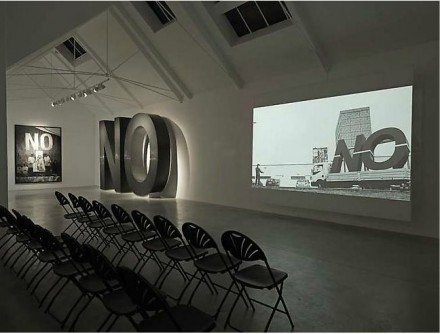 Sierra is known for his provocative works that “represent the commercial conditions of human existence” that are often to troublesome and bleak to confront. Sierra refuses to “deny the principles that underlie the creation of an object of luxury,” calling attention to the relationship among art, art institutions, and capitalism. His work forces the viewer to be self-critical, to consider what it means to want to have the means to view art within the framework of a gallery or museum. 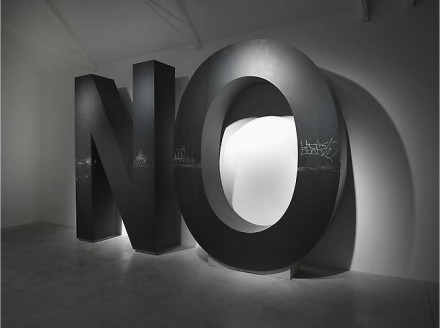 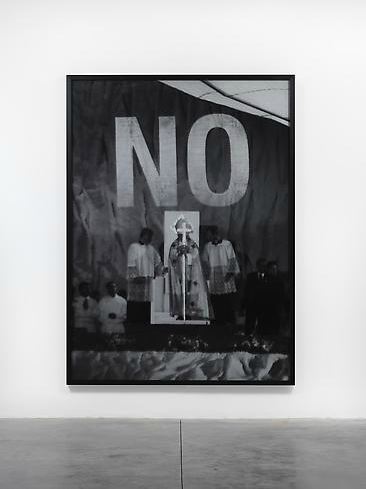 In addition to videos created throughout Sierra’s career, Lisson Gallery is also exhibiting new films including “NO, Global Tour” from 2011. The film documents the production and transportation of a colossal sculpture of the word “NO.” The piece weighs half a ton, and is approximately 5 feet by 13 feet. and Many of his past works have been site—and situation—specific; with NO, Sierra has created a formal, physical piece which could then be adapted to a variety of circumstance while simultaneously magnifying aspects of a particular place.  “NO, Global Tour” was launched on 18 July 2009 in Lucca, Italy. Since then the sculpture has traveled to Belgium, France, Germany, Spain, the United Kingdom, and the United States. 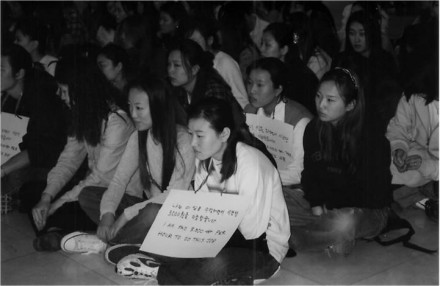 As much of Santiago’s work denounces the current reality, it is often bleak and discouraging. His “Death Counter,” also on view at Lisson, is an LED display counting the number of human deaths worldwide since the beginning of each calendar year. Life is equated to a number measured in the same manner as stock prices or a country’s GDP. 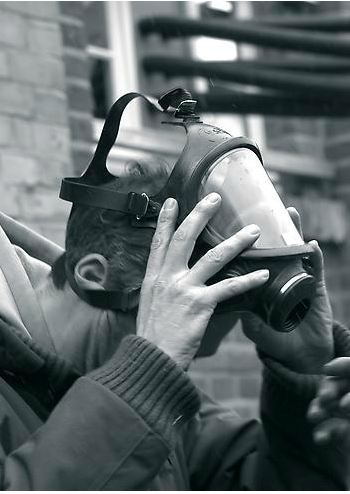 Sierra’s work may challenge the ideas of capitalism and of economic injustice, but he nevertheless benefits from the structure of this system. His most recognized works involved hiring laborers to complete menial tasks revealing underlying political issues and questions.  “Dedicated to the Workers and Unemployed” forces the viewer to contemplate and reflect upon a whole host of issues, including his or her complicity within this context.

Santiago Sierra’s “Dedicated to the Workers and Unemployed” is on view now at Lisson Gallery through 3 March 2012.

This entry was posted on Tuesday, April 24th, 2012 at 3:07 am and is filed under Art News. You can follow any responses to this entry through the RSS 2.0 feed. You can leave a response, or trackback from your own site.