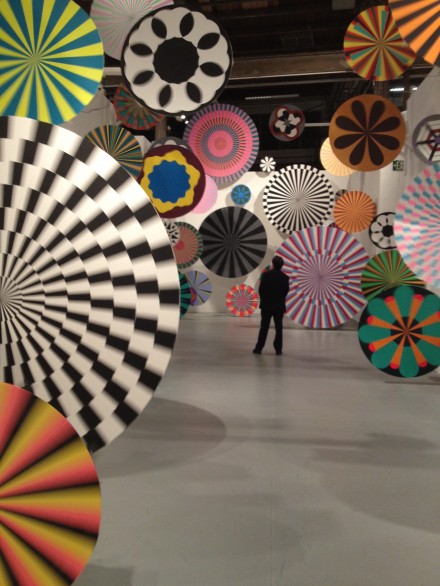 Curated by Mike Diamond, best known as one of the Beastie Boys, Transmission LA: AV Club is an exhibition/coffee bar/event series which has brought together visual art, design, technology, performance, music, and food to give viewers a complete sensory experience. The spectacular 17-day festival has been host to a busy line-up of DJs and musicians, transforming MOCA into a hip nighttime hangout—into the club atmosphere that Mike D. ambitiously envisioned. 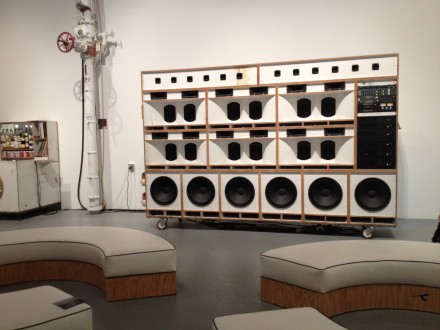 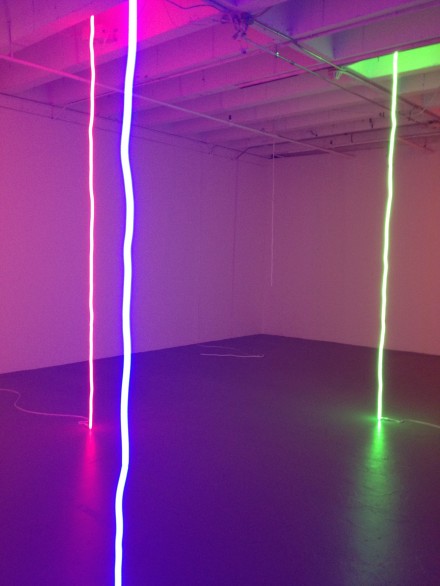 One of a series of large-scale festivals hosted by Mercedes-Benz in conjunction with their digital interview magazine, Avant/Garde Diaries, Transmission LA: AV Club explores most broadly how audio and visual art forms can inspire one another. This belief in the cross-pollination of the two forms is evidenced in the event’s logo, which depicts the two letters (A and V) as merged, and, moreover, the eyes through which the body sees. This connection is brought to life inside the museum where a multiplicity of sounds, lights, and moving animations pull the viewer in every direction at once. 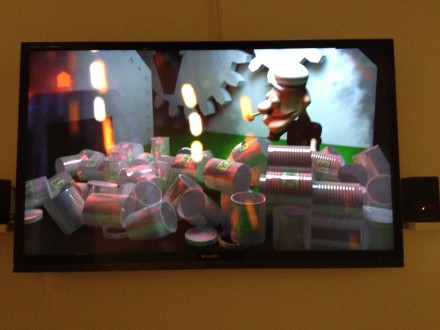 The 16 invited artists, musicians, designers, filmmakers, and chefs include both New York and Los Angeles-based artists and collectives whose practices operate along a wide spectrum, from the humorously tragic animation in Takeshi Murata’s I, Popeye (2010) and the disorienting digital installation of Ben Jones’ Roadtrip (2012), to the conceptual club environment/platform for activity of Public Fiction (2012), the one-part-constructed/one-part-appropriated archive of Jonah Freeman and Justin Lowe’s Artichoke Library (2012), and the playfully low-fi Pinwheels of Jim Drain and Ara Peterson (2004-2005, 2009, 2011). 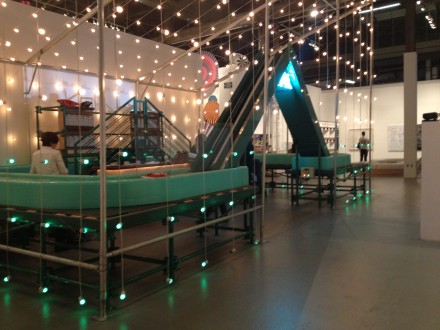 Also included in the AV Club at MOCA are some “installations” one wouldn’t typically expect to find in a museum, such as the Coffee Bar and Roy Choi Restaurant designed by Robert McKinley and constructed right in the center of galleries, the inclusion of a pop-up shop bookstore by the alt-art bookshop Family, and a brand new Mercedes-Benz concept car for which an extravagant installation of mirrors, LED lights, and electronic music by Adam Horowitz (Ad-Rock of the Beastie Boys) has been created. 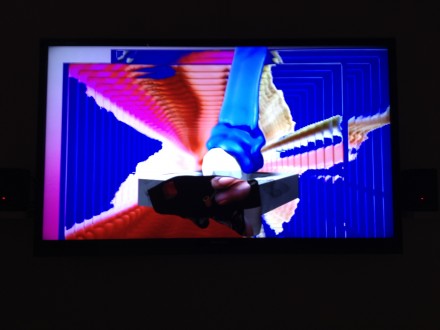 The multi-disciplinary curatorial approach of Mike D. has brought a new public into the museum. Eliminating the entrance fees and extending the museum’s hours to late into the night, Transmission LA: AV Club is all about access and exposure—access to contemporary art through an exposure to the connections and overlaps between art, music, and culture. “New art, new music, new technology, new audience,” the curator puts it in one interview. 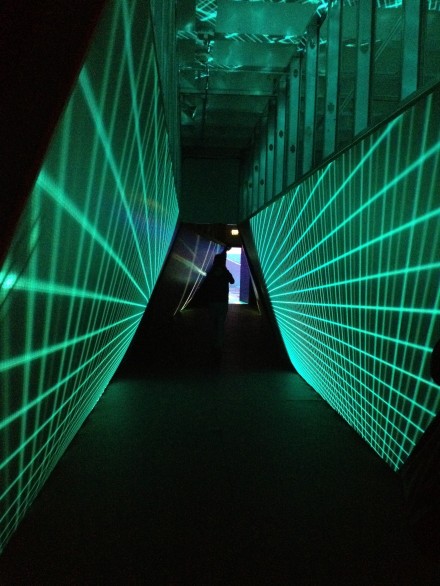 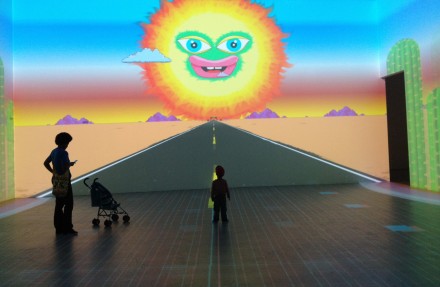 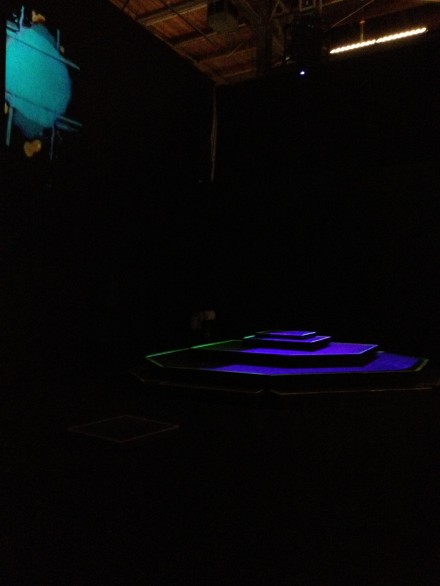 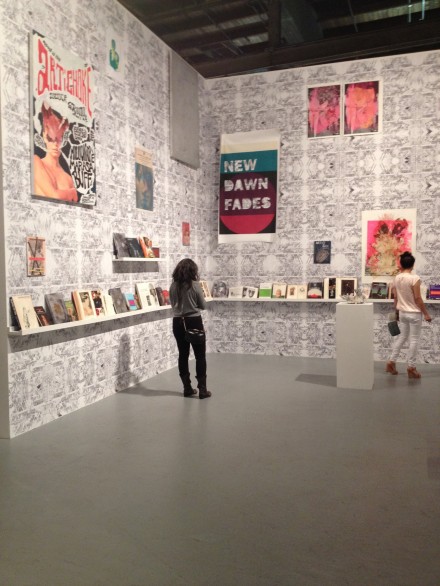 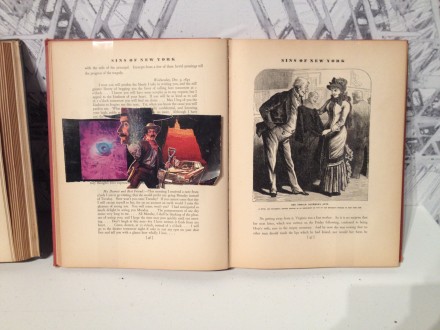 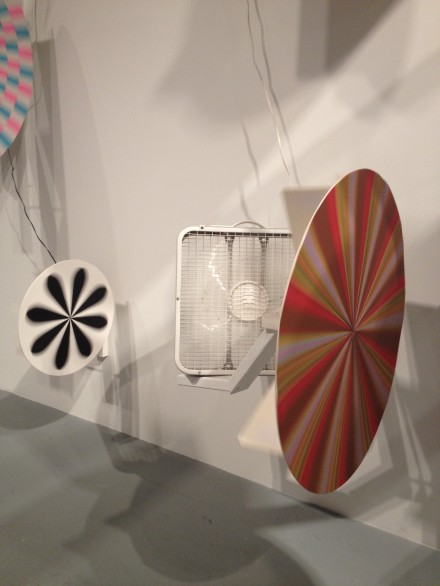 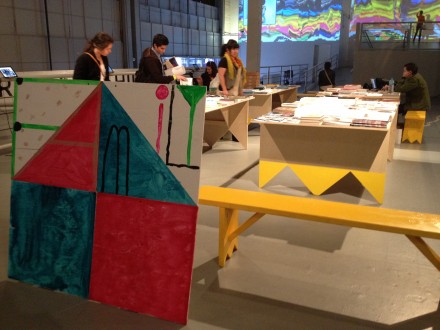 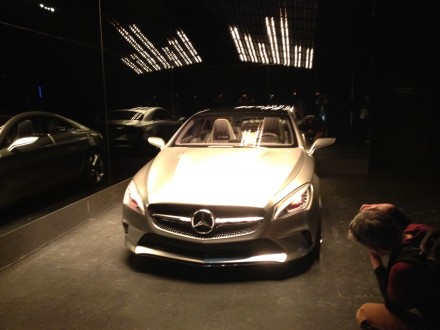 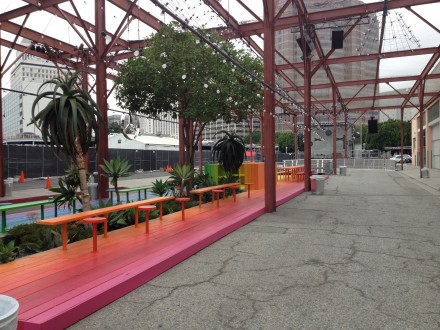 Outdoor seating are created for the DJ concert series. 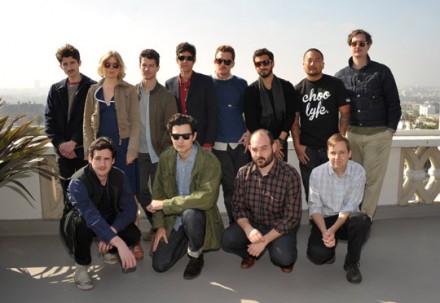 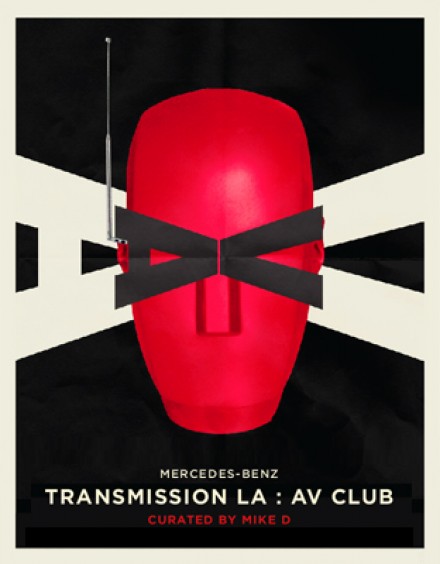 This entry was posted on Monday, May 7th, 2012 at 12:29 am and is filed under AO On Site, Art News. You can follow any responses to this entry through the RSS 2.0 feed. You can leave a response, or trackback from your own site.