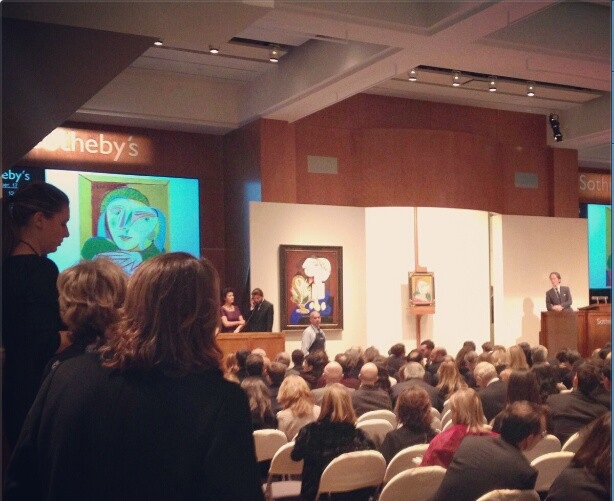 Last night Sotheby’s Impressionist & Modern evening sale was consistent throughout, despite an overall lower sale total than Christie’s the previous night. Although there was no blizzard for the crowds to push through, the overall buyer interest and sell through rates similar: Sotheby’s achieved a total of $163 million, with a sell through rate of 68.7% and sell by value of 79.2%. Over the course of the day, Sotheby’s achieved a total of over $203 for both the day and evening sales of Impressionist and Modern Art. The first half of the sale was decidedly lively in bidding, whereas most of the unsold lots took place in the second half of the evening. 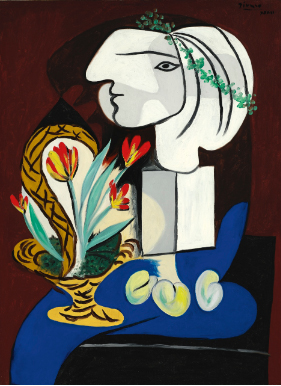 Without question, Picasso dominated the sale, grossing over $81 million in combined sales for five of the top ten lots. The highlight of the sale was Picasso’s Nature Morte Aux Tulipes – it achieved over $41 million dollars against its estimated $35 – 50 million. It drew competitive bidding from several international bidders, according to Sotheby’s. During the bidding, auctioneer Tobias Meyer paused to comment “it’s beautiful,” and then furthered the commentary to his colleague by saying “Phillip, I am relying on your verbal skills to relay its beauty to your client.” Following in price was Picasso’s Femme a la Fenetre, which boosted $17.2 million, leaving it in the well within its projected $15 – 20 million estimate. 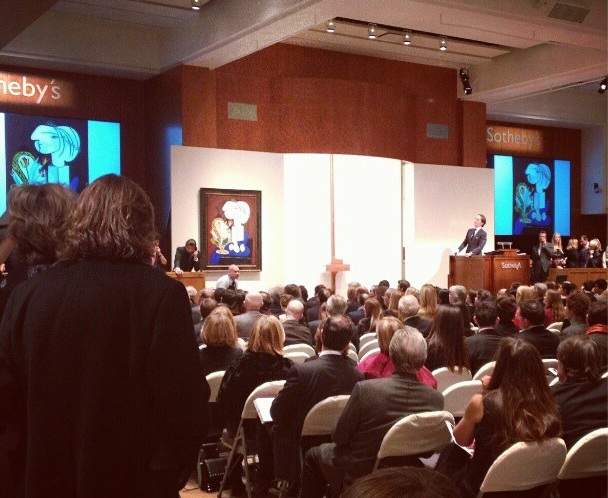 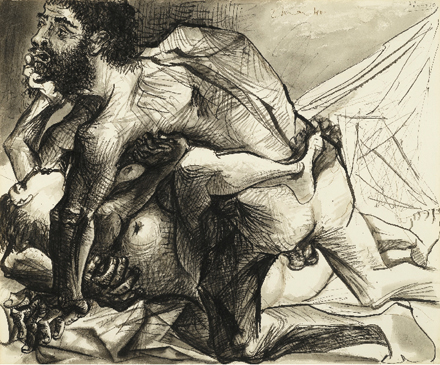 The sleeper was Picasso’s was Le Viol, selling for $13.5 million, double its high estimate of $6 million. It was deemed the “connoisseur’s picture” in the saleroom after the auction, and had sparked quick and excited bidding for its duration on the block. The remaining Picassos, Mousquetaire au chapeau and Femme Assise (Dora Maar), both earned $4.3 million each in the sale. 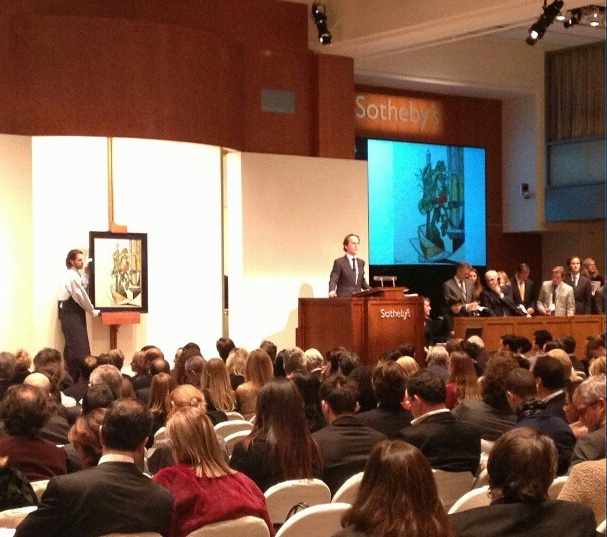 Monet held two spots in the top ten lots. First with Champ de Ble, which achieved a staggering $12 million, nearly double its anticipated high estimate of $7 million. It was auctioned by the Cleveland Museum of Art to benefit future acquisitions. Next was Monet’s Iris, a late work, which went to a woman bidding in the salesroom for $6.1 million. 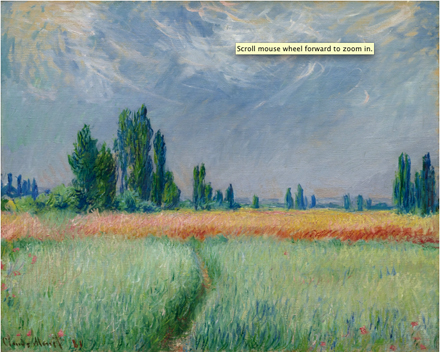 Both dealers and Sotheby’s saw the results as encouraging. Sotheby’s candidly admitted to testing the market, deeming collectors sensitive to prices, i.e. certain estimates being a bit too high. Yet, the mission was only to consign quality works that they truly believed in. The majority of bidders were American, although there was interest expressed from Russia, South America, and Europe – with seasoned collectors and new buyers alike participating in the sale.

This entry was posted on Friday, November 9th, 2012 at 4:28 pm and is filed under Art News, Auction Results. You can follow any responses to this entry through the RSS 2.0 feed. You can leave a response, or trackback from your own site.