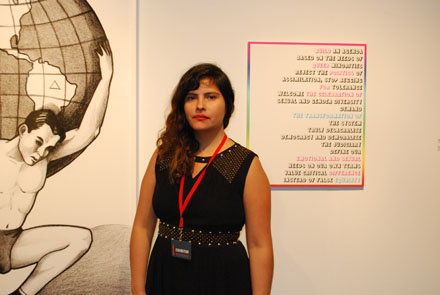 Latin American week began with the Pinta art fair, which ran from November 15th – 18th, 2012, after which followed auctions at Christie’s, Sotheby’s and Phillips de Pury & Co. Several records were broken for Latin American artists, proving that the market is still robust, especially on the high end. 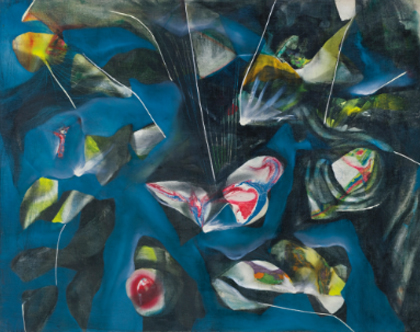 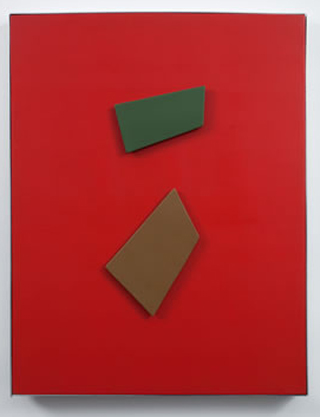 At Pinta, alongside galleries from Latin America, Spain and Portugal was a section of curated projects of both historical and emerging work from various countries. This year’s invited artist was Liliana Porter, who had a large installation and several works on view at the fair. The fair also continued its museum acquisition program, whereby over a million dollars worth of art has been placed in institutions such as the Museo Tamayo, the MoMA, the MFA Houston, the MFA Boston, the Harvard Art Museums, El Museo del Barrio, the Centre Pompidou and the Tate Modern. 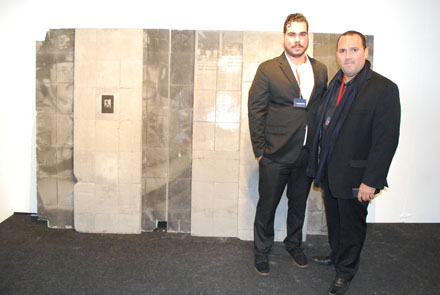 Artist Ramón Miranda Baltrán and gallerist Waltar Otero in front of one of his works. Part of Art Projects/Pinta, photo by A.M. Ekstrand for ArtObserved 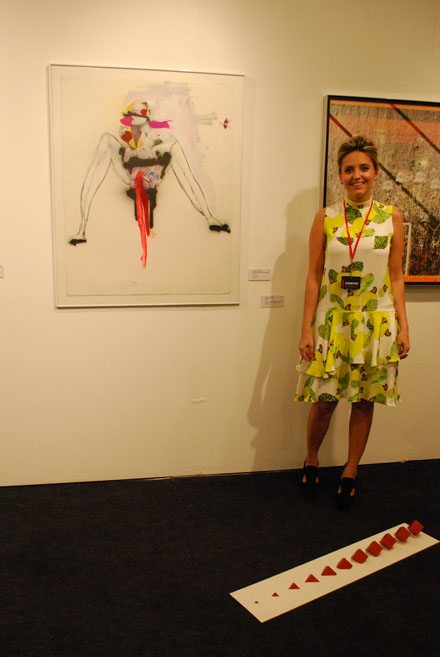 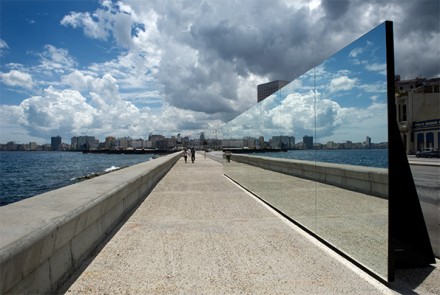 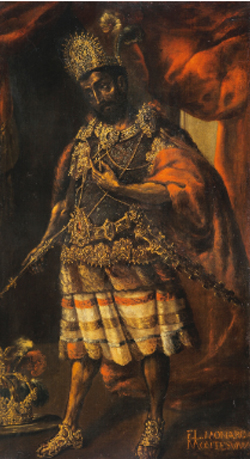 Portrait of Moctezuma II, which was painted in the late 17th century (Anonymous, Mexican School) sold for $1.65 million, a record for Latin American colonial art, while Matta’s 1943 Nada went for $1.82 million. The auction house had an additional selection of work by Roberto Matta and by Cuban Wilfredo Lam, both of whom were part of the international surrealist movement before they had established reputations in their respective homelands, which were Third World, post-colonial countries. 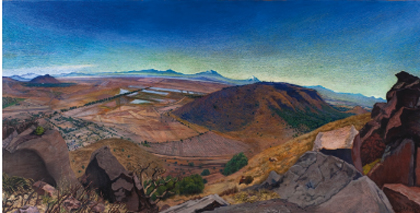 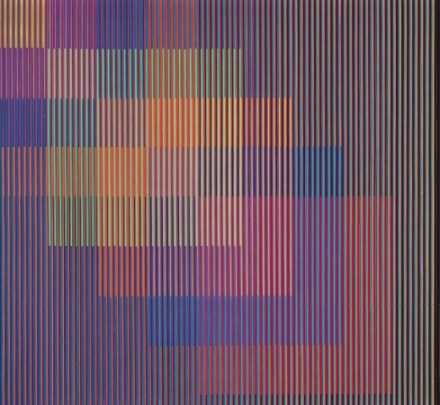 Yesterday completed the week, with Phillips and Christie’s holding successive sales in the afternoon and evening. Christie’s sale was led by two Botero works, a large bronze horse (installed outside the Rockefeller Center location), which sold for $938,500 and a painting of a nun eating an apple, which achieved $602,500, both within estimate. The auction also included several works by Venezuelan master Carlos Cruz-Diez, including a stunning Physichromie of 1973 (No. 652), which sold above its estimate at $182,500. Another highlight was a grisaille painting by Wilfredo Lam, using a wash of oil paint in an untitled work from 1944, which sold within estimate at $482,500. 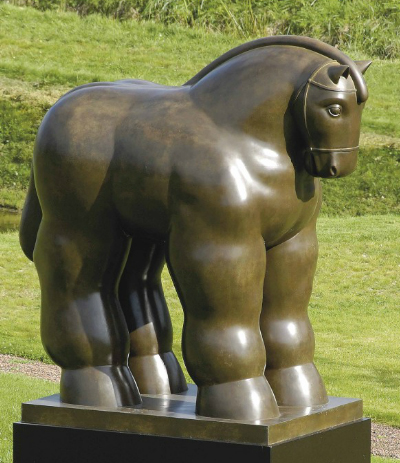 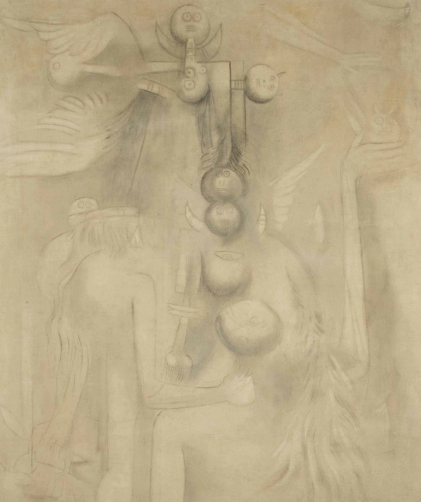 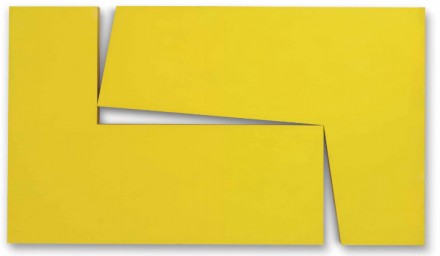 Phillips took a different approach – with a tightly curated sale of work only spanning the last 60 years. The historical material focused mostly on geometric abstraction and surrealism alongside contemporary work by important artists such as Vik Muniz, Damián Ortega and Los Carpinteros. 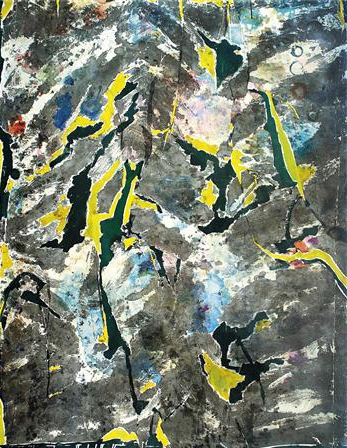 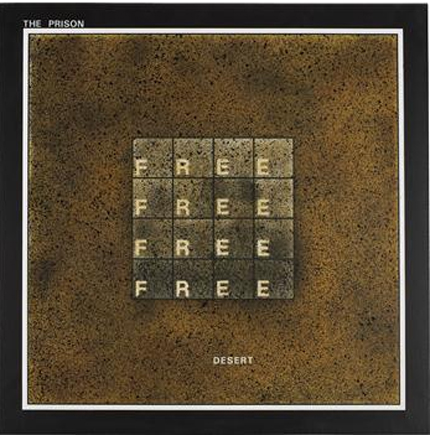 The work that was supposed to lead the sale, however, went unsold: a large Joaquín Torres-Garcia from 1943, estimated at $350,000-$500,000. Oiticia, Tomasello and Soto all fared well, achieving prices within estimates. One further surprise was a 1968 painting by Brazilian Antonio Dias called The Prison, which sold for $194,500, way beyond its $40-$60,000 presale estimate. 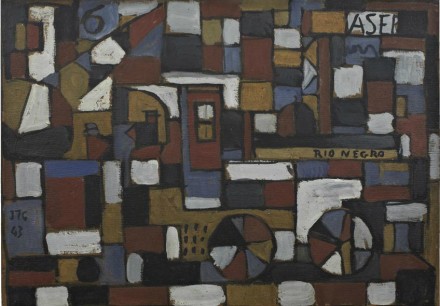 Between the three auction houses, almost $40 million in sales of Latin American Art were realized with somewhat inconsistent and unexpected results, but nonetheless a sign that the Latin American market remains strong and continues to evolve.

This entry was posted on Wednesday, November 21st, 2012 at 12:39 pm and is filed under Art Fair, Art News, Auction Results. You can follow any responses to this entry through the RSS 2.0 feed. You can leave a response, or trackback from your own site.