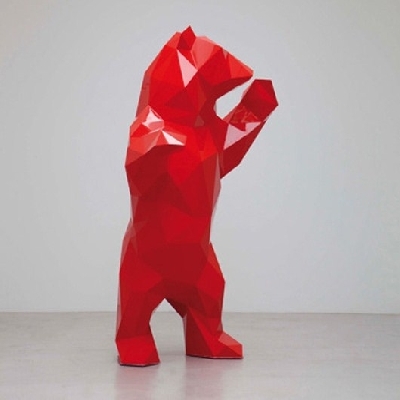 Celebrated French artist Xavier Veilhan generally works with site-specific installations, reflecting art historical styles and concepts that are executed by employing technological innovation with a distinctly stylized futuristic aesthetic. Veilhan’s first major U.S. museum exhibition is currently on view at The Philips Collection as a part of its “Intersections” series.

The current exhibition features 18 sculptures, paintings and photo-based works, which Senior Curator for Modern and Contemporary art Vesela Stetenović has arranged to transform the viewers’ perception of the exhibition space. The “Intersections” series focuses on contemporary art and “the intriguing intersections between old and new traditions, modern and contemporary art practices, and museum spaces and artistic interventions.” 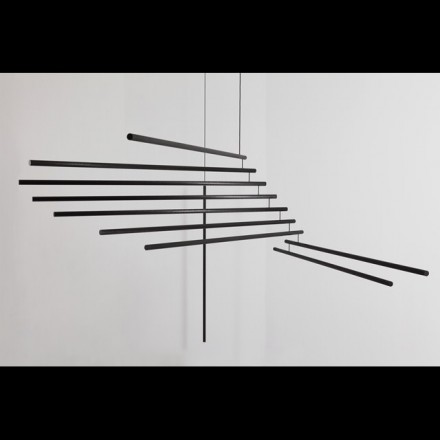 The exhibition succeeds in perfectly capturing the essence of Veilhan’s artistry, despite the fact that no new work was produced for the space. In an Art Observed interview from 2009 Veilhan explains his exhibition philosophy: “My approach on shows in general is not to produce pieces, but to produce an experience of the show in the viewer’s mind. My starting point is the feeling of the memory that the viewer will have more than the actual object.” The Philips lawn at 21st and Q Street is an excellent example of just this. The Bear (2010), an eight-foot-tall bright red polyutherane statue, invites the viewer to regard the lawn in a different manner. Here he creates a narrative of the meeting between the urban city and nature — or perhaps even the relationship between public space and statuary portraiture. 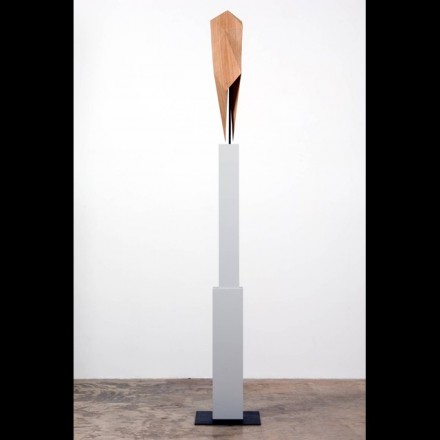 The artist works and lives in Paris; the exhibition is co-produced by Galerie Perrotin (Paris & Hong Kong) and Andréhn-Schiptjenko (Stockholm), both of which represent the artist. (313 Art Project in Seoul, Veilhan’s third gallery, was not involved with the production of the show). 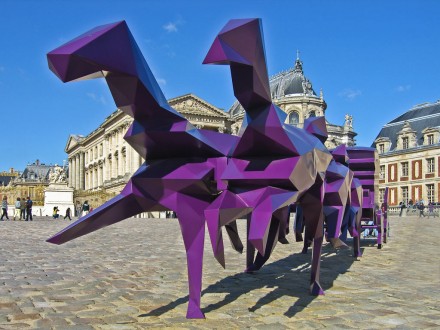 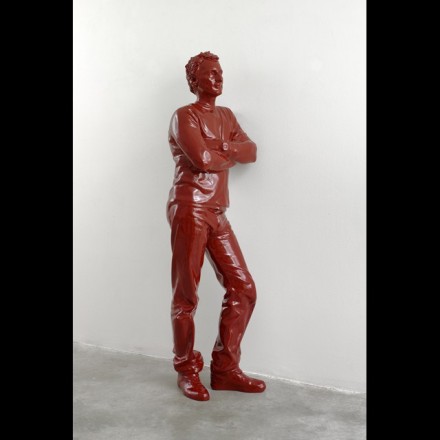 The show’s title refers to maintaining a balance between natural and social forces, and between new technologies and historical styles. Veilhan’s work embraces exploration, process and invention while maintaining a certain playfulness. Xavier(2006), a polyurethane statue, stands casually against one of the gallery walls. (All of Veilhan’s human statues are based on friends or family). In this particular case, it is himself. For the experienced viewer, the presence of Xavier may invite an ideological deconstruction of classical genres and iconographies vis-à-vis the artist’s presence as a participant.

The statue overlooks Le Balancier(2007), a more than thirty foot long mechanized see-saw type construction, which propels a mirrored ball back and forth through the gallery. Veilhan meticulously designs his work in a computer program and then uses in-studio and out-of-studio expertise in the completion phase.

Three pieces out of his Cocarde(2011) series are on view, flat spherical steel, stainless steel, felt and plywood pieces layered on top of each other and mounted flat on the wall. Invoking the layers of an Old Master oil painting, but employing the basics of Kazimir Malevich’s suprematist geometry and rendered in modern materials, the works feel the weight of their predecessors.

Other highlights are a selection of Veilhan’s Pendule-Drippings(2012), paintings and photo-based works from the Ghost Landscape(2008) series.

This entry was posted on Saturday, December 15th, 2012 at 7:12 pm and is filed under Art News, Go See. You can follow any responses to this entry through the RSS 2.0 feed. You can leave a response, or trackback from your own site.