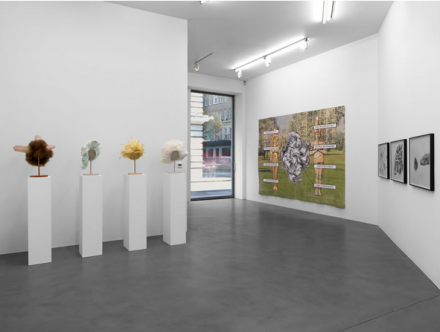 On view at London’s Simon Lee Gallery is a solo exhibition of eclectic new works by Los Angeles-based, American artist Jim Shaw. A California Institute of the Arts graduate and longtime L.A. resident, Shaw’s works highlight the anxieties and triumphs of  late capitalist society, phantasmic religion and the shamanic, mythical world of his dream life. This idiosyncratic body of work utilizes comic book aesthetic in pencil drawings and groupings of sculptures juxtaposed against new painted and drawn portraits of unhinged and broken body parts, which engender a distinct unease in the viewer. 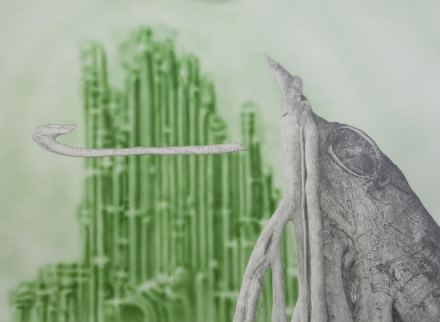 Pulling from various series of thematic works that Shaw has explored over the past thirty years, the artist uses this show to bolster the work within his dream drawings and dream objects series, as well as contributing new facets and aspects to his created religion, Oism. 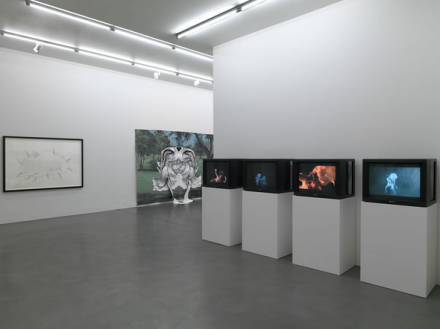 Continuing his subconscious explorations, Shaw has returned to his past practice of pulling from his dreams and visions, using the bizarre juxtapositions of cultural imagery and metaphysical abstraction created by his unconcious mind as a way to both create and reinterpret meaning.  The works derived from his dreams integrate fantasy and reality in an image laden profusion of symbols that allow the work to function as an inquiry into the image for both the viewer and artist.  . 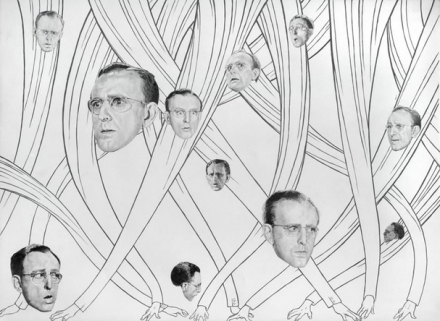 In other works on view, Shaw returns to his elaborately designed religion, Osim.  Fully realized with its own sacred rituals and revivalist movement, Shaw shines a light on a distinctly American set myths and fictions that infuse its citizens conceptions of organized religion and spiritual faith.  By redirecting the viewer’s focus onto a religion that is wholly constructed, Shaw welcomes new lines of inquiry on the nature of identity and interpretation to pass through the field of religious analysis. 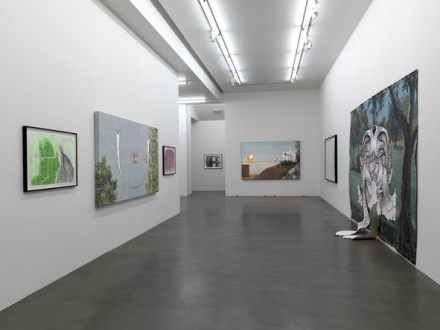 Given the strong content of his most recent shows, Shaw’s bold, experimental work is as influential today as when he first emerged on the world stage from the groundbreaking creative scene of CalArts in the late 1970’s.  He is featured in both public and private collections around the world, including MoMA and the Solomon R. Guggenheim Museum in New York,  MAMCO in Geneva, and the Los Angeles County Museum of Art (LACMA), and has also had major solo exhibitions at the ICA in London, P.S. 1 Contemporary Art Centre in Long Island, MAGASIN Center of Contemporary Art in Grenoble, CAPC, The Kunstverein Frankfurt and The St. Louis Museum of Art.  His current show at Simon Lee is on view until March 26th. 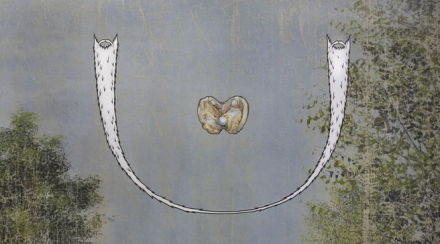 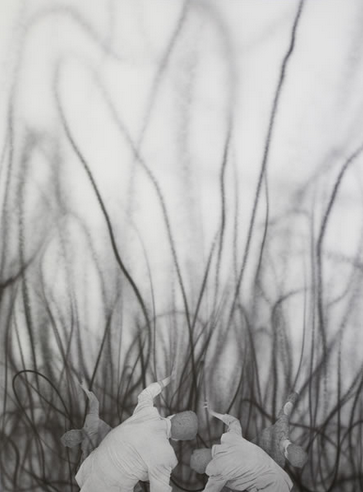 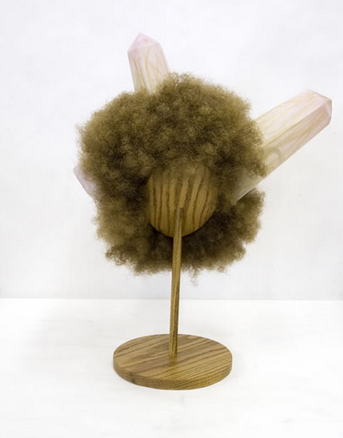 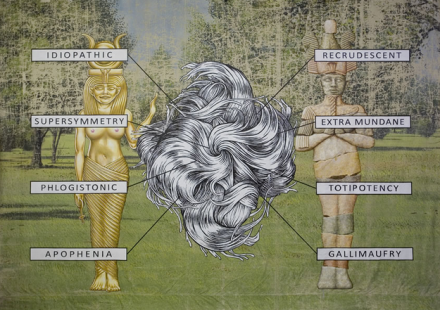 This entry was posted on Tuesday, March 26th, 2013 at 1:45 am and is filed under Art News, Galleries. You can follow any responses to this entry through the RSS 2.0 feed. You can leave a response, or trackback from your own site.