February 24th, 2021
REFERENCE LIBRARY
Home » New York – “American Legends: From Calder to O’Keefe” at the Whitney Museum of American Art through the end of May 2013

New York – “American Legends: From Calder to O’Keefe” at the Whitney Museum of American Art through the end of May 2013

On view currently at the Whitney Museum is a showcase of some of the museum’s deeper holdings of American artwork from the first half of the twentieth century, exploring the years before the mid-century advent of Abstract Expressionism. This part of the rotating exhibition, which began in December 2012, will continue through May 2013 before moving on to a new selection of works.

Reginald Marsh, Negroes on Rockaway Beach (1934), via The Whitney Museum 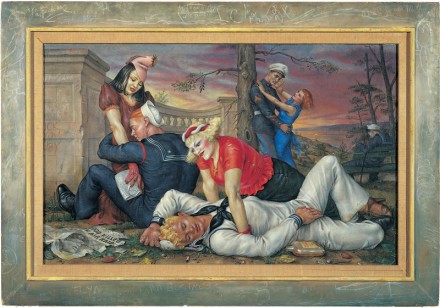 Paul Cadmus, Sailors and Floosies (1938), via The Whitney Museum

The show offers some extremely interesting takes on the early era of American modernism, showcasing new perspectives and themes in both painting and sculpture, and exploring how these works fit into the established canon of American art.  A number of early works by Calder and Stella in particular, offer a particularly interesting point of exploration, showing the artists as they found and honed their creative languages.  Calder’s Circus is of particular interest, underlining Calder’s early pioneering of dynamics and flux in concrete art.  Intended to be exhibited as a kinetic, moving circus, Calder would operate the piece himself, commenting on the piece as he did.  Incorporating both performance and movement into sculptural works, the Circus becomes an intriguing testament to Calder’s increasingly graceful attempts at creating art that can operate dynamically on its own. 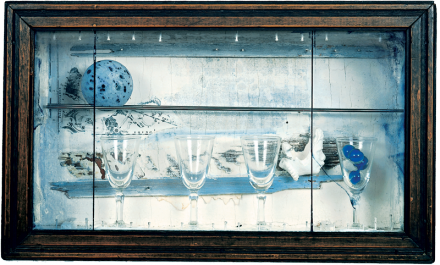 Also of note throughout many of the works is a tangible influence of early-twentieth century European art. Perhaps a direct result of the 1913 Armory Show, which brought the face of early European modernism to the forefront of the American consciousness, works like Charles Burchfield’s Noontide in Late May bear the sweeping, instinctive approach of the French Impressionists, while adding a uniquely visceral approach.  In another piece, Stuart Davis takes the practice of Cubism to a new extreme, flooding his subject with new colors that predates the jump from post-Expressionism to pure abstraction. 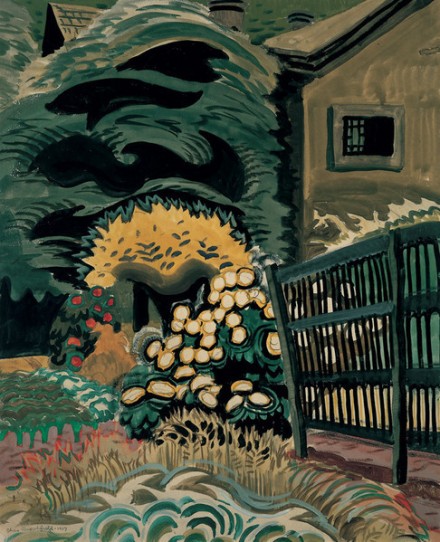 Charles Burchfield, Noontide in Late May (1917), via The Whitney Museum

Welcoming new perspectives and vantage points on the early 20th century art of the rapidly modernizing American nation, The Whitney offers a candid take on the developing American artistic character, and digs at the roots of America’s unique voice in art history. 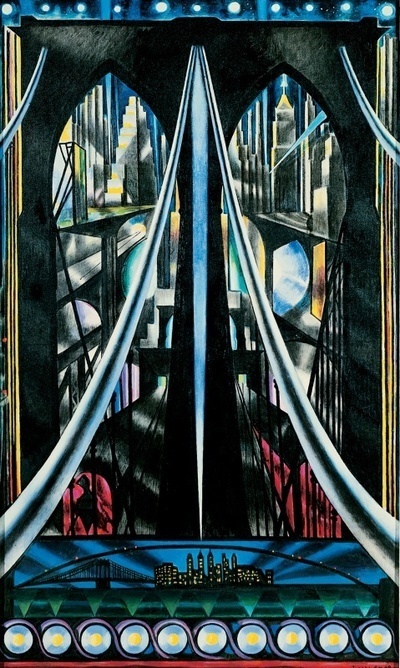 Joseph Stella,  The Brooklyn Bridge: Variation on an Old Theme, (1939), via The Whitney Museum

This entry was posted on Tuesday, May 28th, 2013 at 1:10 pm and is filed under Art News. You can follow any responses to this entry through the RSS 2.0 feed. You can leave a response, or trackback from your own site.