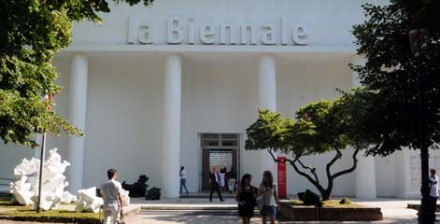 Every two years, the floating city of Venice floods with with the multitudes of art visitors, customers, gallerists and exhibitions that are all a part of the Venice Biennale. This year, marking the 55th edition of the world’s largest art fair, sees the continuation of an event that first began in 1896. Between June 1st and November 24th over 300,000 visitors will travel to Venice for the expansive installations of exhibitions of work from artists in 88 nations, at both official and fringe sites. Art Observed will be on-site this week, with photos from variety of events around the city. 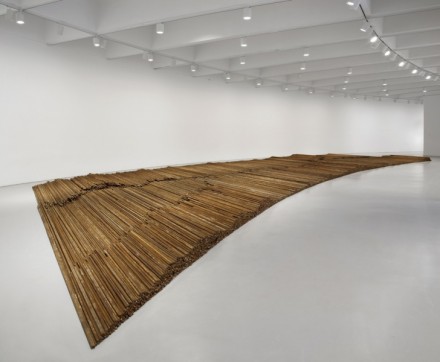 The main exhibition, Il Palazzo Enciclopedico (The Encyclopedic Palace), is displayed at the Giardini and in the Arsenale. Taking its inspiration from the project of Italian-American artist Marino Auriti, the Palazzo Enciclopedico refers to an imaginary museum intended to display all worldly knowledge. The beacon to universal understanding was modeled to have 136 stories and to be seven hundred meters tall. The Biennale’s version of this noble concept, curated by Massimiliano Gioni, explores Autri’s dream on the artistic landscape. The show combines works of contemporary art with historical artifacts and found objects, and takes an anthropological approach to artistic imagery. The central pavilion includes the work of more than 150 artists from 37 countries, including the original manuscript of Carl Gustav Jung’s The Red Book, the paintings of Hilma af Klint, video work by Steve McQueen and a smaller show within the main pavilion, curated by Cindy Sherman. 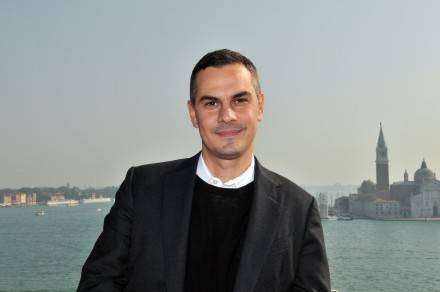 Gioni’s pavilion will also include a group of young British artists, hailed as the next generation in the lineage of challenging talent from the British isles. The trio of artists; James Richards, Ed Atkins and Helen Marten, are the youngest artists chosen by Gioni (himself the youngest curator the Biennale has ever had), and are linked by their insights into art in the post-digital age, with their skilled use of processes and techniques that blur the line between digital rendering, art theory and conceptual frameworks.

In addition to the Central Pavilion, the Giardini will house 29 additional country pavilions. Each pavilion is a permanent structure, built and owned by the individual country. Notably, Gerrit Rietvald, a major contributor to the Dutch artistic movement called De Stijl, designed the Dutch pavilion, and the Finnish pavilion was designed by Alvar Aalto. The United States has selected Boston born, New-York based artist Sarah Sze to exhibit in its national pavilion. Sze will reveal one of her signature installations, a large-scale, intricate compilation of thousands of ordinary objects, from toothpicks to light bulbs, which engage with the architecture of their surroundings. 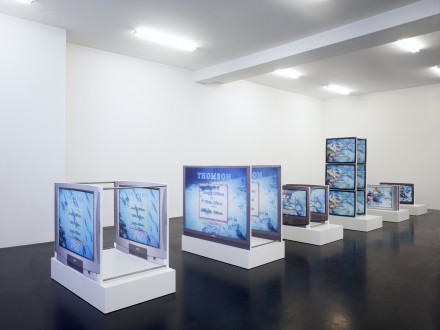 The Vatican Pavilion, one of the many nations that will be displaying work at the Biennale this year, is participating in its first ever Biennale, presenting a show about creation, destruction and renewal from Magnum photographer Josef Koudelka and painter Lawrence Carroll. Through these artists and thematic elements, the Vatican aims to offer conceptual and modern interpretations of subjects addressed by a myriad of renowned artists over the history of art, including Michelangelo’s frescoes from the Book of Genesis on the Sistine Chapel ceiling. 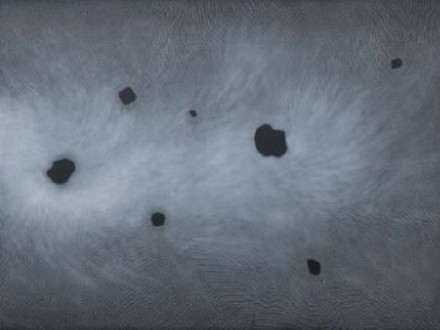 In keeping with the overarching theme of universal knowledge, the Latin American Pavilion will feature artists from 16 South American countries and 3 European artists showcasing artistic collaboration between the continents. Titled The Atlas of Empire,the show was inspired by Argentinean author Jorge Luis Borges, who envisioned an empire so intricate and precise that only scale cartography suffices. As such, the artists on view have each designed his or her own personal, symbolic cartography, including work by Juliana Stein, Guillermo Srodek-Hart, and Humberto Diaz. 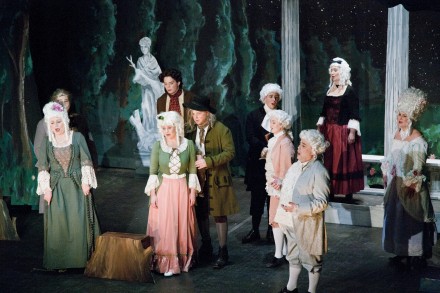 In addition to the exhibition at the main pavilion, this year will also see an additional 48 collateral events, up from 37 in 2011, featured throughout Venice. The events are all organized by non-profit organizations. A highlight of the event will be Glasstress, involving over 50 artists, including Tracey Emin, Cornelia Parker and Ron Arad at the Palazoon Cavalli Franchetti. Also among the lists of artists contributing are Ai Weiwei, Lawrence Weiner, Antoni Tapies, Shirazeh Houshiary and Thomas Zipp. The Biennale will mark Ai Weiwei’s only major solo show in 2013, presented by Zuecca Projects at the Zitelle Complex and the church of Sant’Antonin. The church will house new work by the Chinese dissident artist; while the Zitelle Complex will hold his installation Straight, developed from his ongoing practice of using steel reinforcing bars recovered from the schools that collapsed during the 2008 Sichuan earthquake.

True to its goals of universal knowledge, the 55th Venice Biennale promises a nearly endless global contribution of works for the visiting art lover. While Autri’s palace may have been 136-stories, this Encyclopedia Palace provides a new model for the expansive space of knowledge, incorporating a whole city. 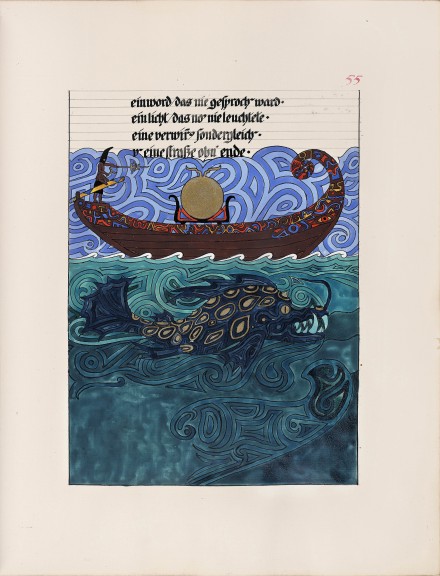 This entry was posted on Tuesday, May 28th, 2013 at 12:40 am and is filed under Art News. You can follow any responses to this entry through the RSS 2.0 feed. You can leave a response, or trackback from your own site.