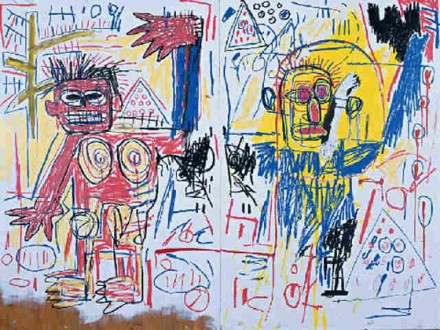 The “solid” and “exceptional” results of last week’s Impressionist and Modern Art Evening Sales have set the tone for the auctions to come over the next two days, as a number of high-profile Contemporary and Post-War works are expected to hit the auction stand in London. Christie’s is reporting estimated total sales of £69 million to £90 million for its Post-War and Contemporary evening sale on July 25th, while Sotheby’s has a total sales estimate of £83.4 million to £119.2 million for its Contemporary Evening Sale the next night, July 26th. This week will also see a June 27th auction at Phillips, with estimates upwards of £20,000,000.  The coming auctions are predicted to follow the trends set by last week’s auction, in which Sotheby’s higher priced lots and greater quantity will look to close the gap with its rival Christie’s.

Out of a total of 64 lots, Christie’s boasts 15 expected to surpass the £1 million mark. Included in the sale highlights is one of Andy Warhol’s iconic Colored Campbell’s Soup Can, as well as Roy Lichtenstein’s renowned Cup of Coffee, relying on the popular Pop Artists to bolster its sale, and underlining the increasing global diversity of the art market. According to Francis Outred, a Christie’s expert: “It is quite unusual to get a really important piece of American Pop Art in London. Usually we put Pop Art in New York. But people from all over the world have come to live here and it’s changed the complexion of London as a sales centre.” The increased telecommunications systems of the auction houses have also changed the landscape, with Sotheby’s reporting “broad participation from bidders across 33 different countries on the telephones, in the saleroom and online” for their Impressionist and Modern Art Evening Sale on June 19th. 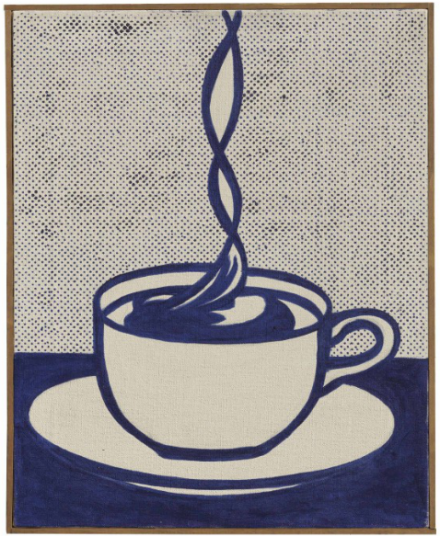 Christie’s will also be selling a highly anticipated diptych from 1982 by American painter Jean Michel Basquiat. While the piece is ‘price-on-request,’ it is estimated that it will collect approximately £16 million when the hammer comes down. The piece by the one-time graffiti artist, who died at 27, is part of a group of important double portraits he did that year, widely credited as one of his most productive during his short life. It was this same series of works by Basquiat that produced Dustheads, his landmark work which set the artist’s sales record at $48.8 million earlier this year in New York. 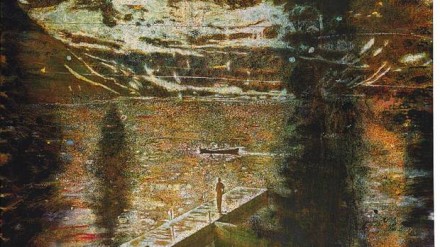 Another notable piece offered by Christie’s is 54-year-old British artist Peter Doig’s Jetty (1994). Doig first passed the £1 million mark at auction in 2006, and Jetty (1994) is now carrying a high estimated price of £6 million, illustrating the bounding popularity for the Scottish artist’s work over the past 7 years. 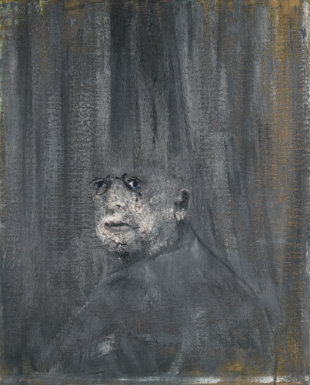 Sotheby’s is auctioning 69 lots this week, of which 21 are predicted to cross the £1 million landmark. The selection has a strong representation of British artists, including two seminal paintings of Francis Bacon: Head III (1949) and Three Studies of Isabel Rawsthorne (1966), estimated at £7 million and £15 million respectively.  Head III (1949) was first owned by the California collector Wright S. Ludington, who purchased it prior to Bacon’s Hanover Gallery show, his first at a commercial gallery, for £150. It was at the Hanover Gallery in 1949 that Bacon also met Isabel Rawsthorne, who was holding her first solo exhibition in the space, and who Bacon would later paint. 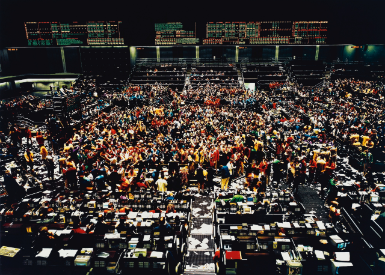 Andreas Gursky, Chicago Board of Trade (1997), via Sotheby’s 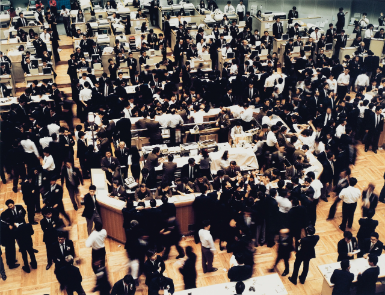 Alex Branczik, Head of Sotheby’s Contemporary Art Department, said: “Contemporary collectors in search of prize works, should find a great deal to excite them in our Evening Sale. It is very much an auction of historic “firsts”. We are offering the first work that Francis Bacon ever sold, from his first show at a commercial gallery, in which for the first time he depicts that human form. We have the first David Hockney landscape to appear at auction since the hugely successful 2012 Royal Academy show; a 1964 Bridget Riley shown in the first exhibition of “Op Art” in New York in 195 and Andreas Gursky’s first Stock Exchange photograph of 1990, par of an unparalleled collection of his iconic series of trading floor studied.” 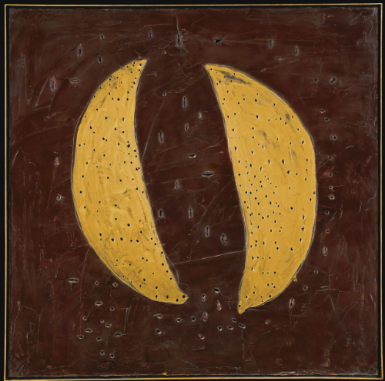 Following on the heels of these sales, Phillips will offer a selection of recent work, as well as several contemporary classics, including two works by Warhol, and Basquiat’s Three Pontificators, estimated at £2.5-4.5 million.  The sale also includes a large-scale work by artist Glenn Brown, expected to sell between £2.5 and £3.5 million. 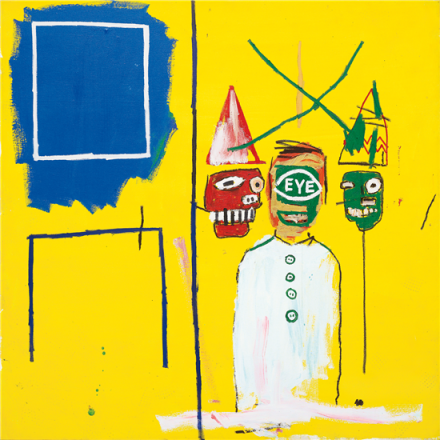 While no major records are anticipated to fall this week, the strength of the art market will once again be tested as the auction houses move into the summer break.  The events begin tonight at 7PM GMT at Christie’s, and will be covered live on the Art Observed Twitter account.

This entry was posted on Tuesday, June 25th, 2013 at 11:00 am and is filed under Art News. You can follow any responses to this entry through the RSS 2.0 feed. You can leave a response, or trackback from your own site.