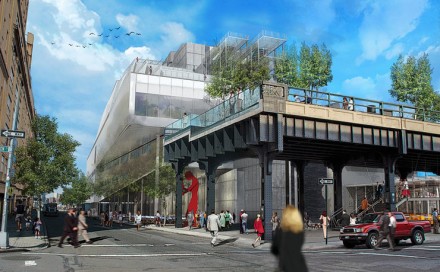 The Whitney’s new building, scheduled to be finished in 2015, was affected by hurricane Sandy’s floods last year, forcing “significative adjustments.” Located at the intersection of Gansevoort and Washington Streets, the building is just one block away from the river, raising concerns about the possibility of future floods. As a preventive measure, the Whitney has committed to bring top-specialists to remodel the walls, lobby, and basement, to make them waterproof. In consequence, the museum has also increased its capital goal by $40 million to a total expense of $760 million. In this regard, Adam D. Weinberg–the Whitney’s director–says that “77 percent of the total [has] been raised. About half of the additional funds will pay for flood mitigation, […] the other half will cover unexpected costs.” Read more at The New York Times.

This entry was posted on Friday, June 28th, 2013 at 9:50 am and is filed under Art News. You can follow any responses to this entry through the RSS 2.0 feed. You can leave a response, or trackback from your own site.