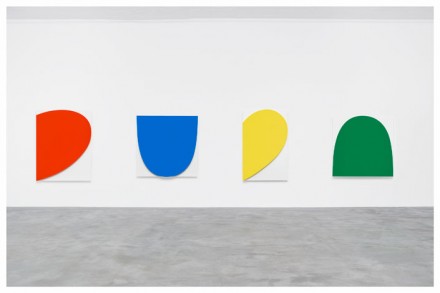 Capping off a trio of New York shows this spring, Ellsworth Kelly has brought a his work to Matthew Marks Gallery, taking up all three of the gallery’s New York City locations with a series of new paintings and sculptures that illustrate the artist’s continued interest in location, color and form. 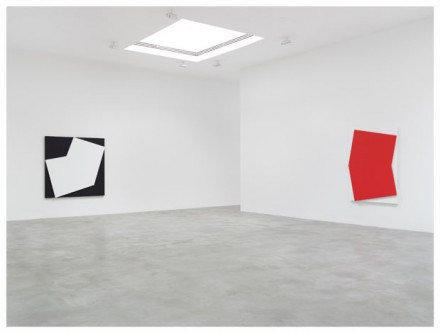 Having recently celebrated his 90th birthday, Kelly’s near ubiquity this year serves as an emphatic reappraisal of the artist’s impact on contemporary art, while offering a studied, near-linear perspective on his work.  With his early examinations on view at Mnuchin last month, and his groundbreaking Chatham Series on view at MoMA this summer, Kelly’s new work at Matthew Marks illustrates the artist’s highly refined creative language, and his increasingly diversified approaches to the color field and shaped canvas throughout his career. 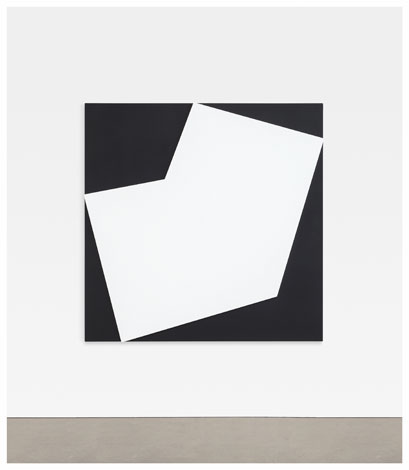 Perpetually evolving in his approach to the wall mounted work, Kelly’s pieces on view delve into the paint itself as an element to both the canvas and its surroundings.  Varying the levels of reflectivity from piece to piece, Kelly makes explicit use of the work’s environment to create new elements in their exhibition.  Works cast pale, colored shadows on the floors, or gleam with sharp beams of light bouncing off the brightly painted works.  Driving directly at elements of difference and interaction between elements, the work welcomes an open dialogue, based on the movement between forms, colors and light. 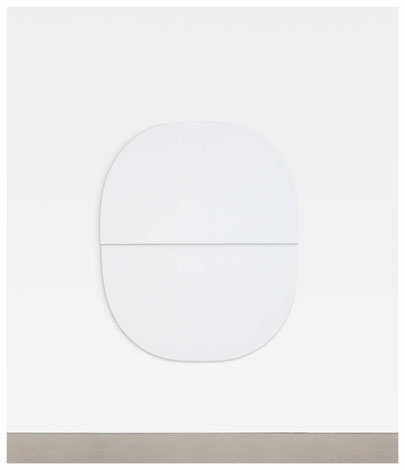 In other works, Kelly experiments with joining and fixing canvases together, creating layered explorations of color and contrast that combine the artist’s early explorations with shaped works with his later investigations into the powerful contrasts of absolute color (as documented in the previously mentioned Chatham Series).  Throughout several of the works, Kelly’s geometrical intrusions and interactions toy with the perception of the canvas at large, slowly moving out towards the viewer as its elliptical lines and vibrant surfaces redefine the painted space.  It’s almost as if Kelly, by stacking his canvases, is only able to complete the work by filling its space completely, redefining the act of painting as a condition of the canvas and its shape. 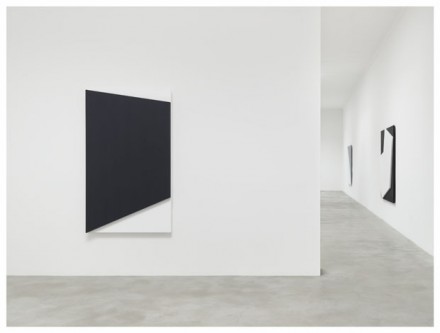 As his works have evolved, Kelly seems to have adopted a new sense of delicacy in his practice.  The soft contours and unassuming shades of Gray Curved Relief (2012) go beyond much of Kelly’s boldfaced palettes, using the work’s milky white surface to add a certain ephemeral quality rarely seen in the artist’s work.  In another canvas, Gold with Orange Reliefs, Kelly uses the color contrast and a slight manipulation of shading to create a subtle gradient on canvas.  Masterfully wrought, these minimalist exercises in color and tone signal a new direction for Kelly’s work. 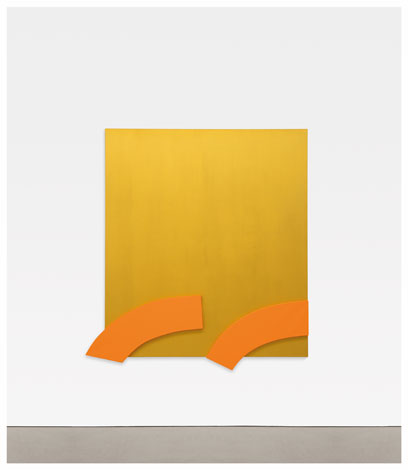 Working between subdued exercises in shading and vibrant floods of color, Ellsworth Kelly continues his pioneering practice, showcasing the artist’s ever-changing body of work almost 60 years after his first exhibition.  At Ninety is on view until June 29th. 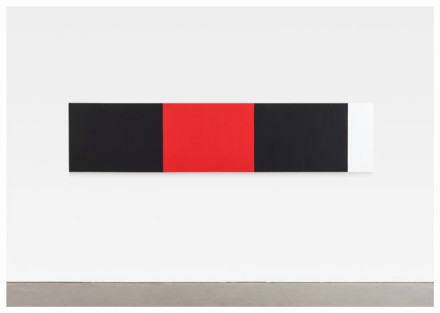 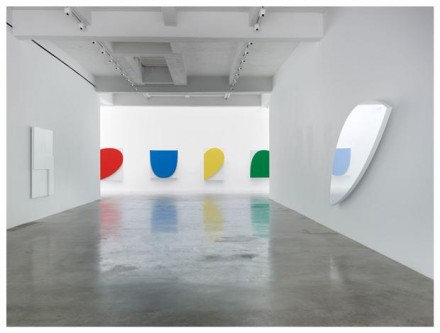 This entry was posted on Friday, June 28th, 2013 at 9:02 am and is filed under Art News. You can follow any responses to this entry through the RSS 2.0 feed. You can leave a response, or trackback from your own site.

One Response to “New York – Ellsworth Kelly: “At Ninety” at Matthew Marks Gallery Through June 29th, 2013”