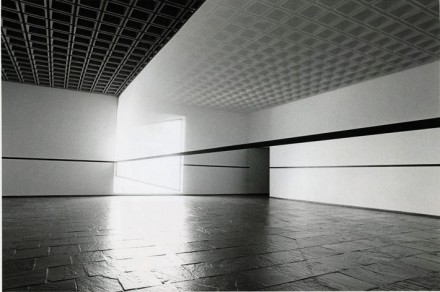 The immediate effect upon entering Robert Irwin’s full-room installation at The Whitney Museum is one of disorientation.  A single black runs along the outskirts of the room, interrupted by the enormous window at one end of the space.  Through the middle of the room runs an even larger black line, seemingly suspended in mid-air.  The eye swims around this phenomenon, unsure of the depth of the room, or the origin of the line until one notices the large veil bisecting the room, leaving about 6 feet of clearance for viewers to walk under. 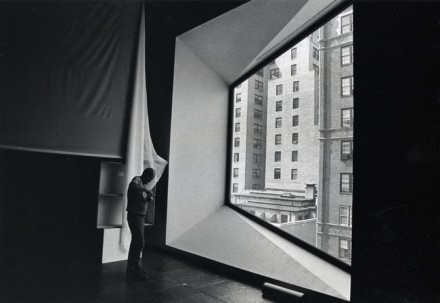 Robert Irwin sets up his installation at the Whitney in 1977, via New York Times

Just completed this past week, the Whitney’s installation of Black Rectangle – Scrim Veil – Natural Light is a perfect example of Irwin’s experiments in perception and space during Los Angeles’s Light and Space movement of the 1970’s.  Initially constructed at the museum in 1977, this particular work stands as one of Irwin’s last explorations into the potentials and possibilities for light and shadow before he began exploring the potential of environmental art and landscape installations, marking a peak in the artist’s refined techniques and developing aesthetic voice.  Using minimal materials, and complementing them with natural light or a single light source, Irwin welcomed environmental intrusion into his works, expanding the space of artistic perception to cover enormous enclosed spaces.  Allowing the density of light and materials to affect the viewer’s perspective, Irwin pioneered new modes of seeing and exploring the gallery space. 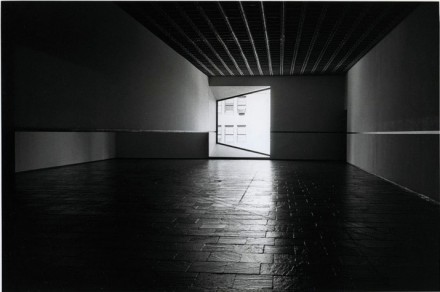 This sense of minimalism is immediately detectable at The Whitney.  Through only a few elements, the artist manages to subdivide the space into a series of geometric interactions.  Light and shadow play along the rigid lines and planes of the piece, allowing new dialogues between parallel forms, intersections of movement and depth created by the interplay of light and materials.  Based on the vantage point, the scrim veil at the center of the room vacillates between nearly transparent or translucent, commanding the viewer’s attention as they orbit the perimeter of the room.  Position, proximity and time become new variables in the equation, shifting the perceptions of spatial features into wholly confounding new formulations. 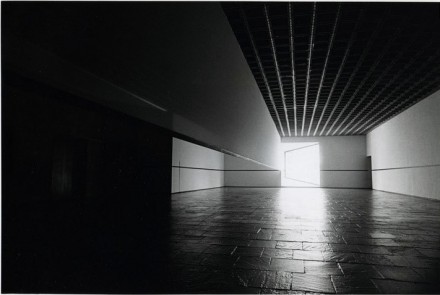 As the light gradually moves through the room, a new dichotomy of stillness and movement can be detected within Irwin’s work, one that operates wholly without the viewer’s participation.  Irwin’s installation becomes a stage, where the slow movement of light across its planes initiates a slow, albeit noticeable life of its own to the space, compounded by the constant circling movement of its visitors.  Working at a minuscule scale, Irwin seeks to bring an animated, kinetic element to his work that distinguishes itself from his contemporaries. 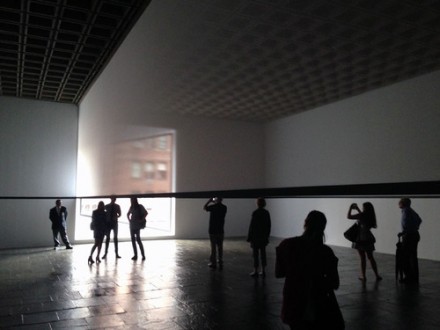 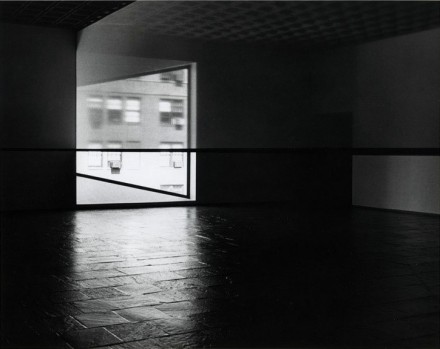 This entry was posted on Wednesday, July 10th, 2013 at 11:20 am and is filed under Art News. You can follow any responses to this entry through the RSS 2.0 feed. You can leave a response, or trackback from your own site.