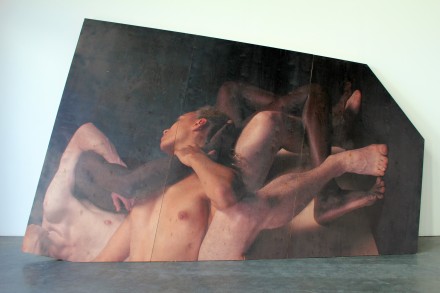 Dustin Yellin’s Pioneer Works Center is open again in Red Hook, with a series of exhibitions, concerts and events that have trumpeted the space’s return after the damage caused by Hurricane Sandy.  At the forefront of the Center’s fall calendar is Amor Fati, a tightly curated group exhibition featuring works by Yoko Ono, Angel Otero, Nicolas Provost, Matthew Stone, Mickalene Thomas, Nick van Woert, Andy Warhol, and many more, which seeks to explore the wild emotions and impulses so often present in the artistic treatment of love. 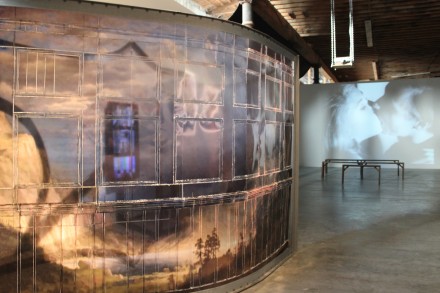 “We wanted to get at the darker impulses and intentions that make each of us feel more alive,” said curator Anna Erickson, who also currently works as an associate Director at Hauser and Wirth.  Drawing from Nietzsche’s examination of the Dionysian, the show places folly, destruction and disaster at the center of its focus, pulling together works that examine the romantic notions of love from a heartily chaotic viewpoint.  Debauchery and violence, impetuousness and rapture take the forefront, while welcoming the artists on hand to infuse the theme with their own creative, and occasionally comic, turns. 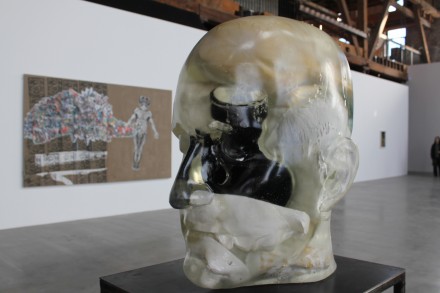 Upon entering the gallery, visitors are greeted by a full-wall video installation by Provost; a dizzying mirror-image video loop that combines pulsing sonics with feudal Japanese imagery to create an elusively haunting introduction to the show.  Nearby, Warhol’s Kiss takes a more direct approach, underlining a certain violence inherent in the act of kissing, extending the action to a point where it takes on an almost animalistic conflict. 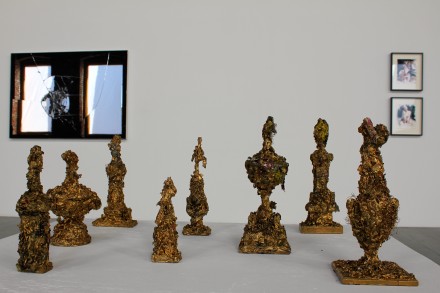 The other side of the gallery is occupied primarily by canvas works and sculptures that continue to take various turns at the thematic heart of the show.  Douglas Gordon’s charred piece takes the theme to a near comic extreme, exhibiting a torched photograph where the face of a model has been burned away by two small holes, and a gaping maw, evoking a terrifying, almost psychotic parody of the human form.  Almost narrative in its emotional effect, the work’s intense involvement and equal sense of flippancy towards the act of destruction is jarring to say the least.  In another corner, Mickalene Thomas depicts a pair of lovers in mid-grapple, their faces obscured by their action.  Emphasizing the physical violence of love-making, Thomas’s work fits well next to a large piece by Matthew Stone, both of which highlight their artwork’s failure to capture the full emotional context of the love act, leaving troubling readings of sex and human relation inherent on the moment of depiction. 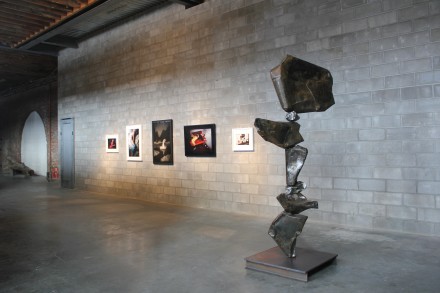 Other works take a more roundabout approach in their delivery.  Angel Otero’s viscerally painted canvas avoids any outright reference to love itself, but rather to a certain emotional urgency.  In another corner, Richard Dupont’s bust grapples with the sense of self, depicting a translucent head filled with several smaller, variously colored versions of the same subject.  The loss of self implied in his series of sculptures resonates well with the rest of the show, and is perhaps even strengthened by it. 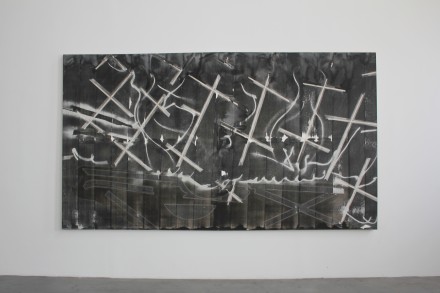 Moving through the exhibition, one may note that the show is almost refreshing in its focus on the darker side of romantic love.  Despite the heavy subject matter, the dialogues established between pieces makes for an intriguing and immersive experience, sure to welcome any visitor interested in the darker capacities of modern love. 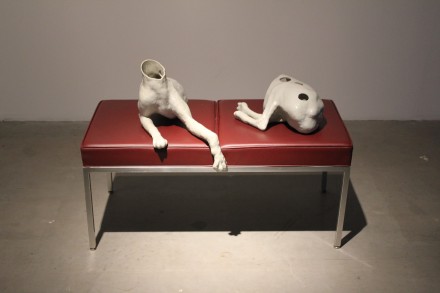 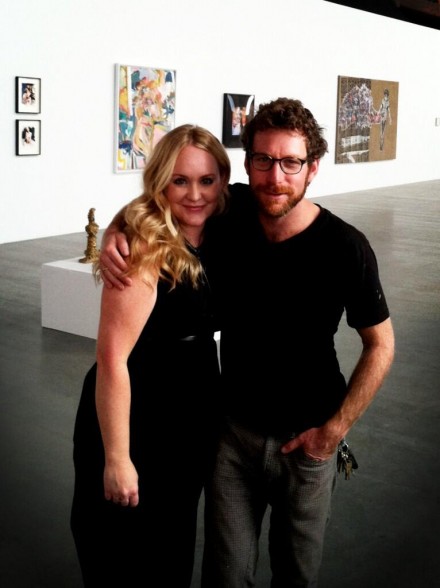 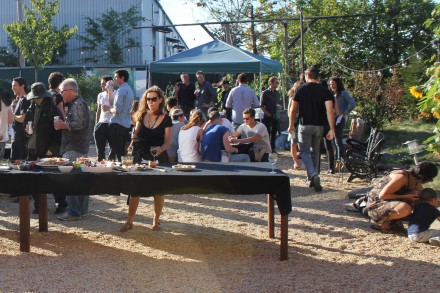 The Press Preview Party at Pioneer Works, via Ben Richards for Art Observed 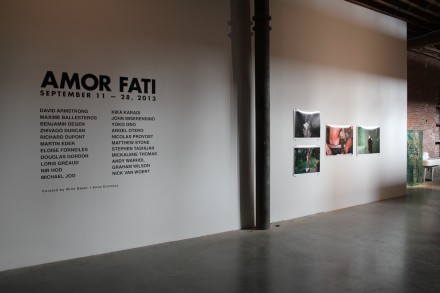 This entry was posted on Thursday, September 12th, 2013 at 11:05 am and is filed under Art News. You can follow any responses to this entry through the RSS 2.0 feed. You can leave a response, or trackback from your own site.