New York – “Murdered Out” at Skarstedt Gallery, through October 19th 2013 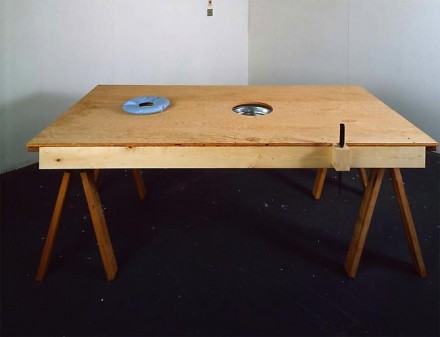 Exploring the darker aspects of American post-modernism and urbanization, New York’s Skarstedt Gallery is presenting a tightly curated show of work by Mike Kelley, Cady Noland, Richard Prince, and Christopher Wool, exploring the artists’ various approaches to the contemporary images of American culture and economics.   Titled Murdered Out, the group show is inspired by an urban slang term, referring to a car painted all black matte. Taking this turn, the show explores American culture “through a masked, or ‘blackened-out’ lens.” 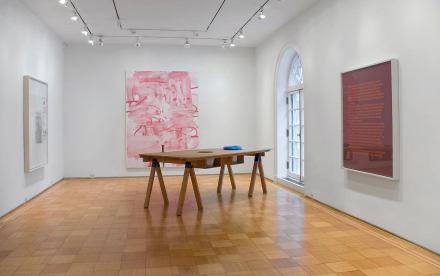 Cady Noland’s works, including Chicken in a Basket and Untitled (Walker) are meant to symbolize the American dream, as she assembles a variety of objects including a rubber chicken, beer cans, a turkey baster, flags, and a walker into minimalistic, powerfully familiar arrangements. Hinting at equal parts vulnerability and aggression, control and decline, Noland consistently alludes to classic American images of consumerism, patriotism, violence, and car culture to deconstruct their meanings in a sterile, controlled environment.

Nearby, Richard Prince’s Live Free or Die presents an assembly of nine images from magazines of women on motorcycles, with the intent of visualizing the saying “sex, drugs and rock’n’roll.”  Motors and mechanics are familiar themes for Prince, and he continues the focus throughout the show, including a bizarre, violent tire sculpture, and some of Prince’s well-recognized Joke Paintings.  Exploring a similar relation to text and language, Christopher Wool’s Untitled pieces explicitly drive at the deeper meanings of aggression and destabilization inherent in contemporary slang and clichéd pronouncements. Wool’s word series began in the 1980s in New York during one of its most violent periods and drive at the dissonances of context when placed next to pastel images or familiar prints. 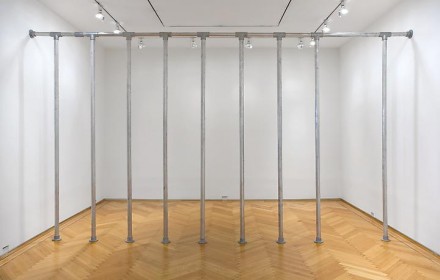 But the real highlight of the show is the selections of work from the ouevre of Mike Kelley.  Clearly intended as a counterpoint to the artist’s recently opened retrospective at MoMA PS1, Skarstedt has selected a powerful body of work from the artist, including some of his most visceral early video performances, as well as other sculptural works.  Ahh Youth…, for example, is described as “black nostalgia.” The work is made up of seven panels of stuffed animals, lined up on either side of an image of one of Kelley’s own yearbook photos. The work creates a feeling of isolation, with a mood of black humor. The artist describes the work as a visualization of the way he felt at the time of the picture, from his curent adult point of view. 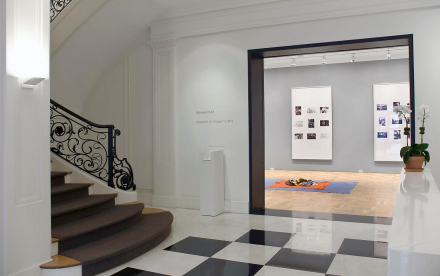 Treating the dark psyche of American modernity with equal parts irreverence and bold-faced aggression, Murdered Out is a powerful statement on the after-effects of American empire. The show will remain on view at Skarstedt Gallery through October 19th 2013. 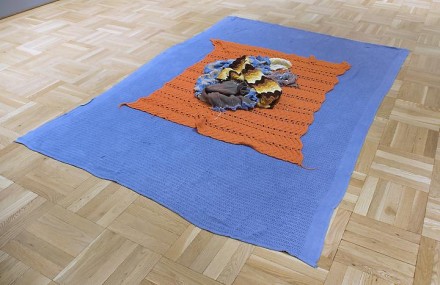 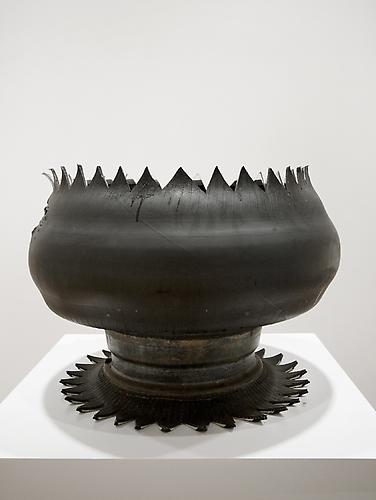 This entry was posted on Friday, October 18th, 2013 at 5:39 pm and is filed under Art News. You can follow any responses to this entry through the RSS 2.0 feed. You can leave a response, or trackback from your own site.