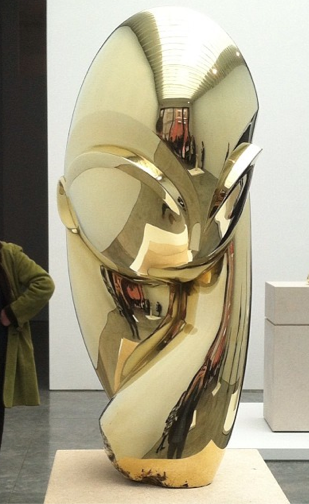 In 1913, Constantin Brancusi sent 5 sculptures to the now-infamous Armory Show, gently loping sculptural works that set the stage for the revolutionary sculptural abstractions that would change the face of contemporary art for good.  It was the beginning of a long and occasionally rocky relationship with the United States, including a defining court case in which the artist successfully proved his work’s position as art, and breaking the long-held definition of an artwork asbased on a model or subject, opening the door for the proliferation of American abstraction.

It’s just this monumental imprint on the American art world that Paul Kasmin Gallery seeks to document with its current show, Brancusi in New York.  Selecting five small pieces (to mirror the works of the 1913 Armory Show), and 6 photographs, the exhibition is a small but meticulously curated affair, exploring the interplays between Brancusi’s pioneering techniques, and the constant flux of New York, a city that he once called “my large-scale studio.” 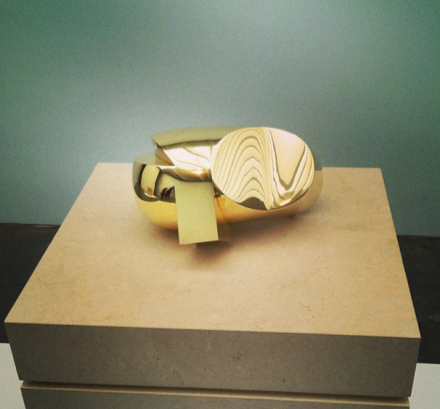 Drawing inspiration from the constant movement of the New York landscape, Brancusi charged his works with an ever-shifting sense of perception and space.  Utilizing the round, flowing form of the egg as one of his prime subjects (a shape he considered a perfect analogy for the beginning of creation, of the point of genesis for his work), his work can be taken as a constant interplay of resistance and movement, breaking gentle curves with a flat, reflective plane, or suddenly cleaving the sculpture inward.  The result becomes an elegant exploration into the form itself, all while incorporating the materials and architectures of the everyday, placing them in contrast as a metaphor for the sculptural practice.  It’s just this fullness of concept that makes the decidedly small pieces work on such a broad plane of signifiers.  In his studies of the human figure, Brancusi’s images place features as points of convergence, eyes and nose flowing gracefully into understated features, all given additional weight by the intensely reflective surfaces of the works.  In Mademoiselle Pogany II, for example, the convergence on the center of the face warps the reflection of the viewer, making one immediately aware of the nose as the focal point of the visage.  In another work, Head, Brancusi embraces the dualisms so often found in African mythology and art, rendering a portrait of an African-figure head that shifts in shape and proportion as the viewer circles it. 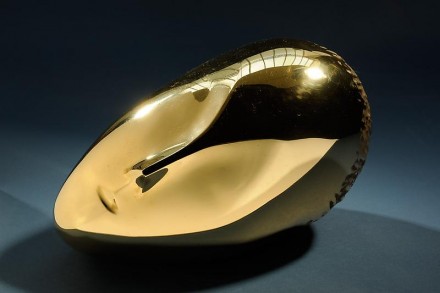 But for pure, surrealist modernism, few works can compare to Fish, a shining gold streak suspended over a golden plate.  Reducing the fish to a flash of movement over the water, Brancusi’s minimal exercise in form and movement creates a perplexing, fragmented image where the image and sculpture become interlocked, depicting a fascinating inquiry into movement in a static structure. In the back room, the gallery is also showing six photographs, documenting the early stages of the artist’s creative process, as well as shots of other works in exhibition at the home of friend and collector Edward Steichen.  Offering an early look at the artist’s work, the images are a fitting complement to the sculptures on view. 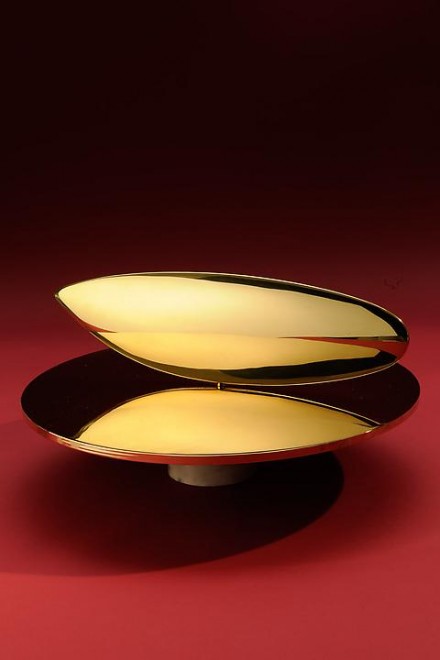 This entry was posted on Friday, November 15th, 2013 at 12:00 am and is filed under Art News. You can follow any responses to this entry through the RSS 2.0 feed. You can leave a response, or trackback from your own site.