The Guardian Traces the Intriguing WWII Story of the Mona Lisa 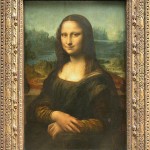 The Guardian reports on the exploits of the Einsatzstab Reichsleiter Rosenberg, the Nazi art theft division that was responsible for the theft of over 5 million works during its existence, including loot from the Uffizi, the Louvre, and countless churches across Europe.  It is reported that one of the group’s most infamous prizes, the Mona Lisa, was rumored to have been recovered from an Austrian salt mine after the war, although recent research has determined that this loot was in fact a copy of the original work.

This entry was posted on Friday, November 15th, 2013 at 9:53 am and is filed under Art News. You can follow any responses to this entry through the RSS 2.0 feed. You can leave a response, or trackback from your own site.