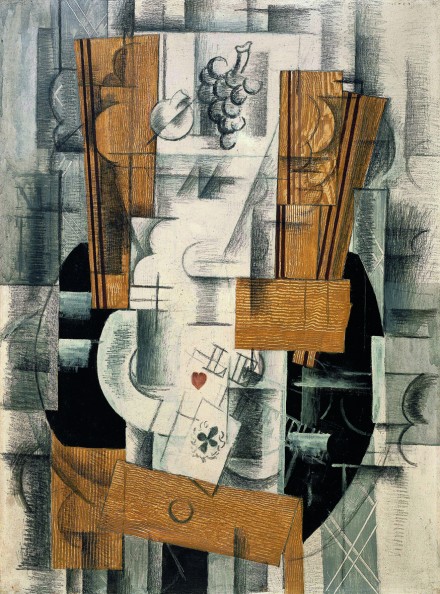 On view at Grand Palais, Galeries nationales in Paris is a retrospective covering the full life and output of French painter and sculptor Georges Braque’s career, beginning with Fauvism to his later works, particularly his birds series. The exhibition will continue through January 6th 2014. 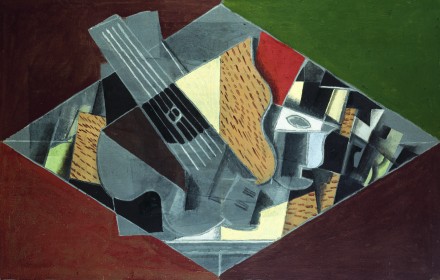 Born  in Argenteuil, Val-d’Oise, Georges Braque lived from 1882 until 1963 and is best known for developing the style of Cubism alongside Pablo Picasso. His style changed significantly over his long career, beginning with impressionist paintings and in 1905 moving into Fauvism, a style pioneered by Matisse and Derain incorporating bright colors and focusing on pure emotion. In 1907, Braque slowly began an evolution towards the beginning of Cubism, after he saw a retrospective of Paul Cézanne in Paris, who had been a major influence for the avant-garde of Paris.

Starting in 1908, Braque’s paintings were focused around his interest in geometry and simultaneous perspectives, questioning and experimenting with the conventions of the use of light and perspective. Braque attempted to simplify the formation of objects and architectural structures into their main three dimensional components, then laying the parts out to show them as both two and three dimensional at once. He began working with Picasso one year later, with whom he innovated the style of Cubism. The original style that the two artists pioneered is now known as Analytic Cubism.

Picasso and Braque worked closely together until the beginning of the First World War in 1914, when Braque enlisted in the French Army, and soon afterward suffered a head injury that caused him temporary blindness. As his sight returned, Braque resumed painting, and his style became more personal, colorful, textured, and representational of the human figure. Much later, in 1962, Braque worked with Aldo Cormmelynck, a master printmaker, to create a series of etchings caled “The Order of Birds,” for which he became very well known. 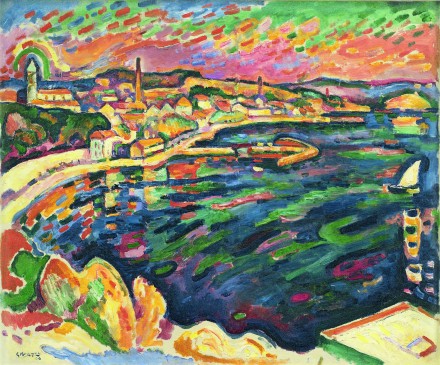 The retrospective at Grand Palais Paris focuses on the major points in Braque’s career, for example: Cubism, the Canéphores (“Basket Carriers”) of the 1920’s, and his landscapes made in the later stages of his life.  Throughout, Braques ongoing sense of experimentations into form, color and figuration continues to shift and evolve, moving towards the end of his life, and his Matisse-influenced paintings of the mid-twentieth century, reducing his canvases to large swaths of color and shape. 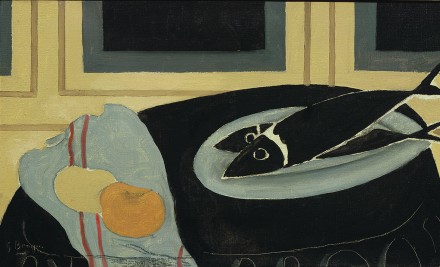 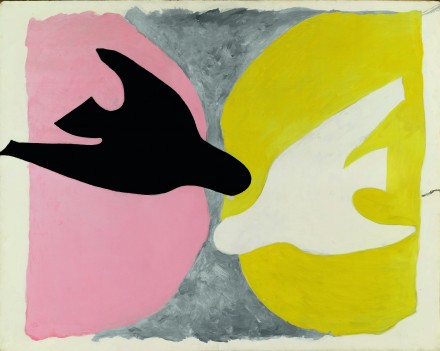 Capturing the work of an artist who remained at the vanguard of art throughout the early 20th century, constantly helping to reframe the frame of the art world, Braque’s show will remain on view at the Grand Palais in Paris through January 6th 2014.  The exhibition is organized by the Réunion des musées nationaux: Grand Palais and the Centre Pompidou.

This entry was posted on Saturday, November 16th, 2013 at 12:00 am and is filed under Art News. You can follow any responses to this entry through the RSS 2.0 feed. You can leave a response, or trackback from your own site.