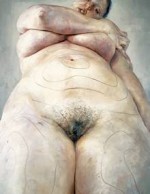 A number of iconic works from the early years of the YBAs will go on sale at Christie’s in London next month.  Offered by commodities trader Frank Gallipoli, the works were all part of Charles Saatchi’s iconic Sensation show in 1997, including pieces by Tracey Emin and Jenny Saville, and are being cited as a test of the market for works from the 1990’s British movement, which some believe may have passed their market peak.

Read more at The Telegraph

This entry was posted on Wednesday, January 22nd, 2014 at 6:49 am and is filed under Art News. You can follow any responses to this entry through the RSS 2.0 feed. You can leave a response, or trackback from your own site.