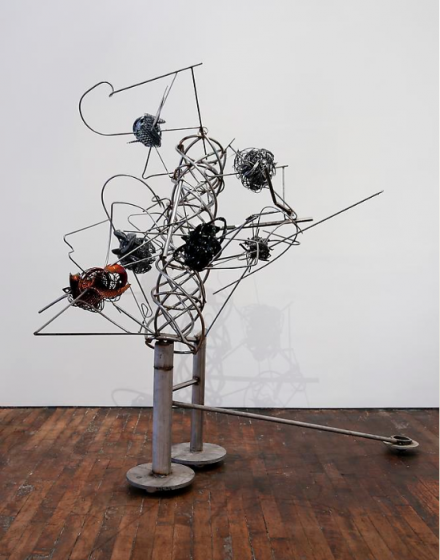 On view at Peter Freeman, Inc. is a solo show of recent sculptures by Frank Stella, drawn mostly from his series Scarlatti K and Circus which were created using 3-D printing technology and metal pipes and rods. The exhibition will continue through February 22, 2014. 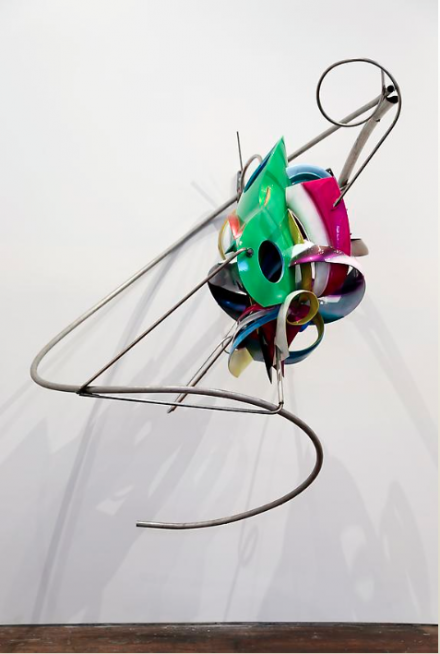 Born in 1936, American painter, printmaker and sculptor Frank Stella achieved recognition early in his career when he was in his early 20s as an innovator of Minimalist practice. After graduating Princeton University in 1958 where he majored in history, Stella moved to New York and was highly influenced by abstract expressionists Jackson Pollock and Franz Kline. His early works were significant in their absence of illusions and of psychological or metaphysical references, and their insistence on flatness as well as “picture-as-object” rather than being a representation of something else.  He was at that time known for his geometric paintings, and his early work was exhibited at the Solomon R. Guggenheim’s 1965 and 1966 exhibitions entitled The Shaped Canvas and Systemic Painting. In 1970, Stella became the youngest artist to have a retrospective exhibition at the Museum of Modern Art in New York. 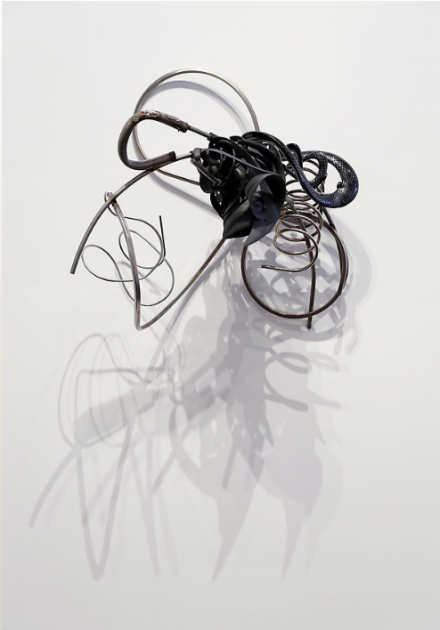 Throughout the following decades, Stella experimented with a variety of mediums, including shaped canvases, collage, assemblage, high relief work, and most recently, fully three-dimensional sculpture, the focus of this show. In the “Scarlatti K” series, the vibrantly colored sculptures are meant to represent musical compositions, achieving a rhythmic quality as the eye moves along the lines of various interconnected, entwined components. These sculptures were made to be an homage to the musicologist Ralph Kirkpatrick (1911-1984), who focused on the work of the italian composer Domenico Scarlatti (1685-1757), publishing a catalogue of his work in 1953. 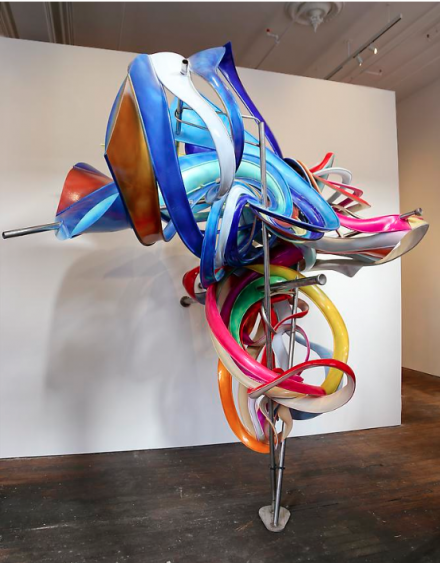 “Circus” is Stella’s most recent group of work, in which he focuses on the “tradition of artists contemplating and working with circus imagery and form,” particularly reminiscent of Alexander Calder, for example. The series was begun in 2009 with Stella’s “Circus of Pure Feeling for Malevich: Four Squares,” an arrangement of 16 small free-standing “ProtoGenic” sculptures, separated onto 4 rectangular tables meant to represent humorous, absurd dances. The coiled, ribbon-like sculptures create an illusion of weightlessness, which is new to Stella’s work, as described in the New York Times review of their original presentation at Paul Kasmin Gallery in New York. The central parts of the sculptures are smaller than the “Scarlatti K” series, but the supporting structures that hold them are larger and more energetic, described by Peter Freeman, Inc. as creating a feeling of “an almost atomic energy.” 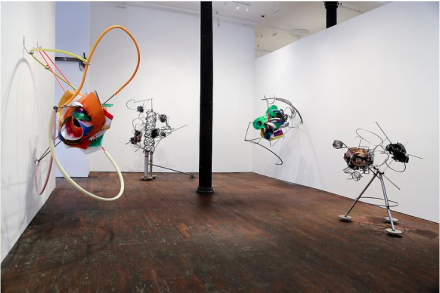 It’s this focus on the early years of abstraction that ultimately make Stella’s work so intriguing, revisiting the same compositional and musical influences that drove Wassily Kandinsky to explore the free-roving potentials for expression on canvas nearly a century earlier.  Here, liberated from the flat plane of the canvas by technological innovations, Stella once again puts the influential abstractions of the early 20th century through its paces once again.

The exhibition at Peter Freeman Gallery opened on January 9 and will continue through February 22, 2014. 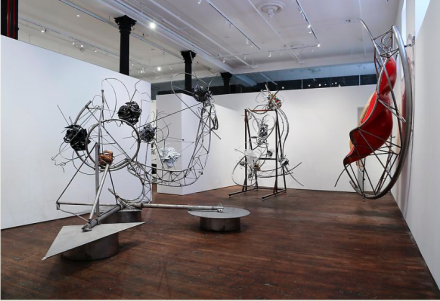 This entry was posted on Sunday, February 2nd, 2014 at 12:00 am and is filed under Art News. You can follow any responses to this entry through the RSS 2.0 feed. You can leave a response, or trackback from your own site.