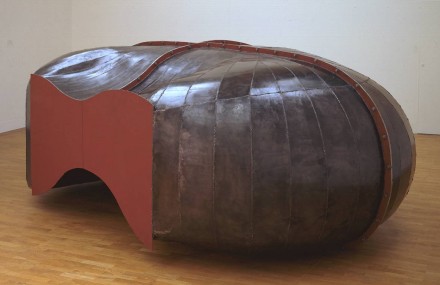 Tate Britain is currently presenting an exhibition from Turner Prize-winning sculptor Richard Deacon, primarily composed of large works in wood, contorted steel, and highly glazed ceramics that explores the artist’s ongoing interest in the conflation of industrial, sculptural and art historical influences. The exhibition was curated by Clarrie Wallis, Curator of Modern & Contemporary British Art along with Sofia Karamani, Assistant Curator of Contemporary British Art, and is on view through April 27th. 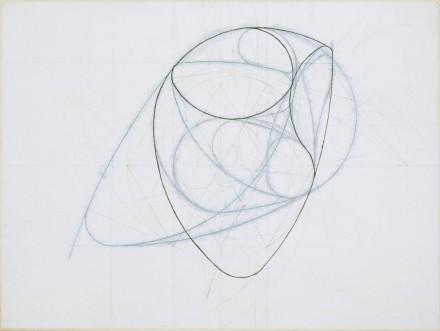 Born in 1949 in Bangor, Wales, Deacon studied at Plymouth College and afterward at the Somerset College of Art, Taunton; Saint Martin’s School of Art, London; the Royal College of Art, London; and finally at the Chelsea School of Art. His first solo show was held in 1978 in Brixton, and in 1987 he was awarded the Turner Prize for his touring show For Those Who Have Eyes. In 1999, Deacon was made a Commander of the British Empire, and in 2007 he represented Wales at the Venice Biennale. Deacon’s long reading list of philosophical and poetic texts features heavily on his work, and he has established himself as a writer and educator as well as a sculptor. His pieces are generally made from everyday materials like laminated plywood, leather, cloth, and clay, and he calls himself a “fabricator” rather than a sculptor, saying: “I don’t carve. I don’t model. I fabricate.” While his works often refer to anatomical functions, the pieces themselves are usually abstract, and while he has made several smaller-scale works to be shown in gallery spaces, he is best known for his larger sculptures on display at sculpture gardens, or objects made for particular events, especially dance performances. 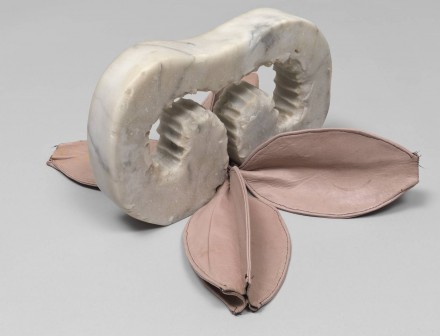 The current exhibition at Tate emphasizes Deacon’s unique choices in the manipulation of everyday materials, grafting unique new formats and intersections onto his works through their juxtaposition and incorporate of familiar industrial formats. In After (1998), for example, Deacon employs a continuous looping pattern in order to completely balance the amount of volume and space.  Art for Other People is inspired by the idea that contemporary art should be owned and enjoyed by everyone, while It’s Orpheus When There’s Singing, (1978), is a series of drawings of the architecture of the organic curve, which influenced much of his later sculpture work, particularly Fold (2012), a sixty-part green ceramic sculpture. 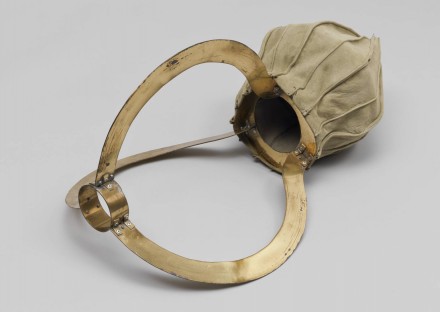 Deacon’s work predates much of the contemporary art world’s interests in juxtaposition and the historical, as his material focus is frequently placed into contrast with the social weight of the objects and formats he explores.  Welcoming aspects of Duchamp through his incorporation of industrial tropes, Deacon reopens his objects to a consideration and comparison with the broader formats he implies.

This entry was posted on Tuesday, April 15th, 2014 at 12:00 am and is filed under Art News. You can follow any responses to this entry through the RSS 2.0 feed. You can leave a response, or trackback from your own site.