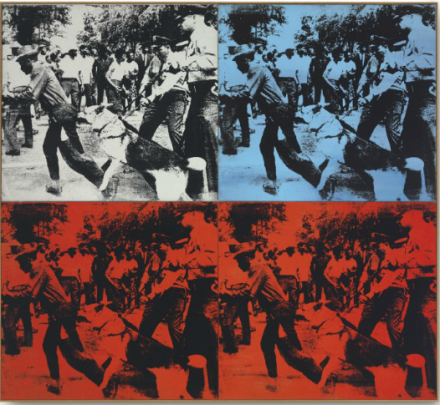 With the clamor of Frieze Week subsiding, the last big sales for New York’s spring art calendar are set to take place this week, as the major auction houses gear up for their Contemporary and Post-War Auctions.  True to form, the combination of ample buyers and a thriving market has brought forth a series of strong works at all houses, with a number of impressive works on-sale that could challenge some long-held auction records. 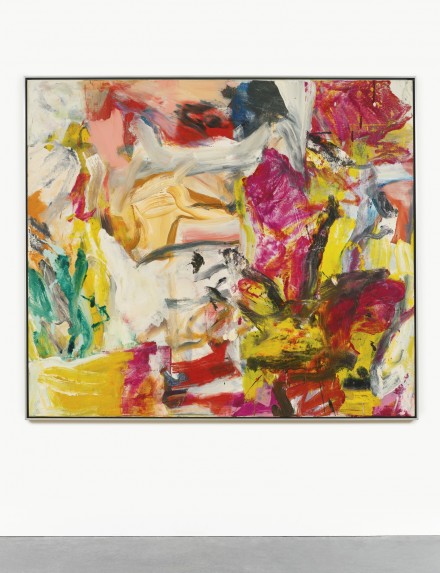 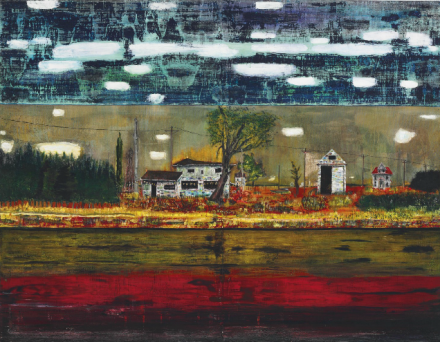 The sales begin tonight at Christie’s, where the auction house is hosting a special contemporary art event, If I Live I’ll See You Tuesday, an auction of more recently made works organized by Loic Gouzer, the auction specialist who made headlines last year with the phenomenal sales of Leonardo DiCaprio’s 11th Hour charity auction.  Gouzer seems to have been given carte blanche after his successes, and has assembled a show of works combining edgier blue-chip pieces (Richard Prince, Basquiat) with a younger crop of artists with relatively untested auction records at this level (Joe Bradley, Louis Eisner).  While some have criticized the move, it will be hard to argue with some of the works like the top lots: a mid-career Peter Doig for $9.5 to $11.5 million, a 1988 Martin Kippenberger ($9-$12 million), or Andy Warhol’s Little Electric Chair ($7.5 to $9.5 million). 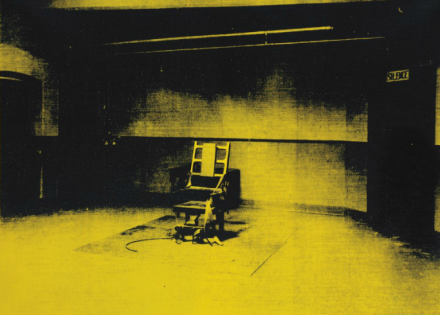 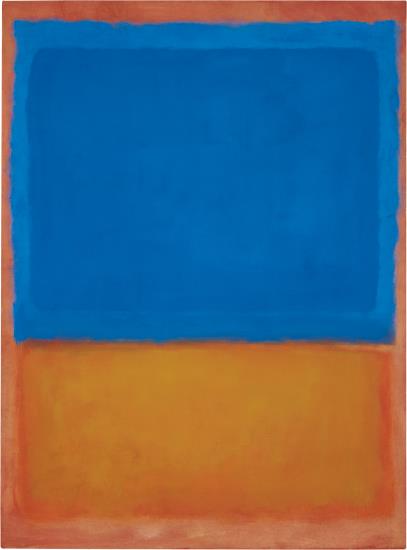 Perhaps even more notable is the timing of the auction.  The auction house’s play for another market segment has forced Phillips (it’s obvious competitor), to move its auction to later in the week (May 15th) in order to avoid outright competition.  Despite its forced hand, Phillips is bringing an impressive 49 lot catalog to contend with Christie’s this week.  At top of the list is its cover lot, a glowing Mark Rothko that is looking to top the $20 million mark.  Also of note is a Warhol and Basquiat collaborative piece, valued at $10-$15 million, as well as Jeff Koons’s eerie Popples sculpture, priced at $4 to $6 million. 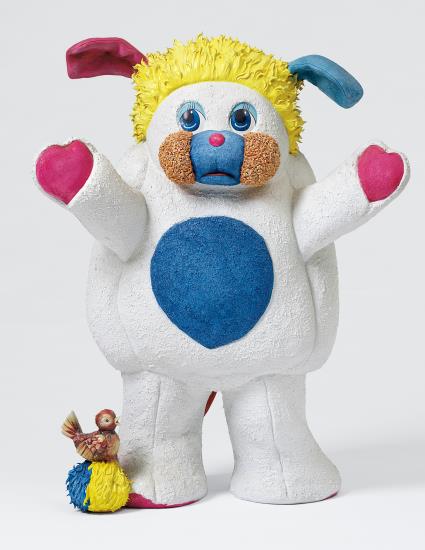 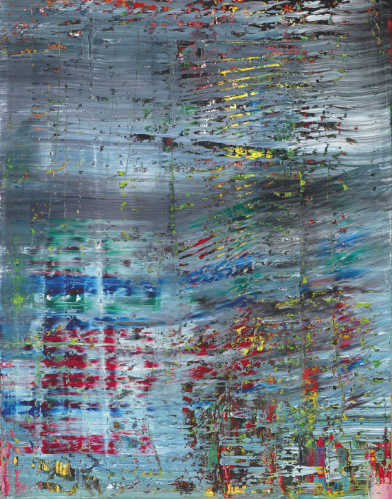 As has been the case, however, most attention will center on the rivalry between Sotheby’s and Christie’s, where a selection of impressive works will once again pit the two houses against each other.  Christie’s will open the proceedings Tuesday, bringing out a 67 lot sale filled with works estimated at well over the $10 million mark, with an anticipated sales total of over $500 million.  Near the top of the list is a 1990 Gerhard Richter, exploding with greys, reds, blues and yellows, which is anticipated to sell for $22 million to $28 million.  Following close behind is a Christopher Wool from 1992, commanding a $20-$30 million price tag.  But the top honors go to Andy Warhol’s Race Riot, a sardonically patriotic print of the Birmingham race riots that is anticipated to sell for over $50 million. 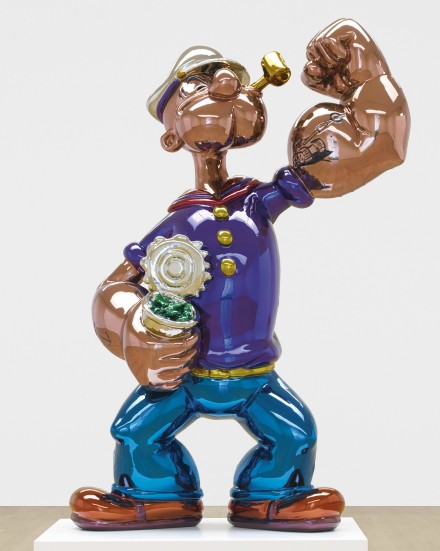 Sotheby’s is also bringing a sizable cache of works to the table, with an 81 lot sale valued at $350 million and $450 million.  Topping the list of works is Jeff Koons’s sculpture of cartoon strongman Popeye, anticipated to sell for well over $25 million.  The work is joined by a similarly priced Jean-Michel Basquiat, a florid, flowing mural work from the height of the artist’s powers.  The works are also joined by an exceptional Willem de Kooning, priced at $18 to $25 million.

Jean-Michel Basquiat, Undiscovered Genius of the Mississippi Delta (1983), via Sotheby’s

Given the air of anticipation surrounding the sales, works should move quickly.  Art Observed will be on site for the auction events, and will be posting updates to our Twitter and Instagram.

This entry was posted on Monday, May 12th, 2014 at 8:55 am and is filed under Art News. You can follow any responses to this entry through the RSS 2.0 feed. You can leave a response, or trackback from your own site.