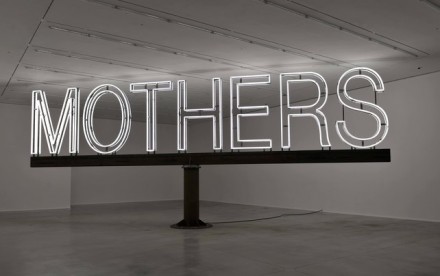 A sheet of A4 paper crumbled into a tight ball, an image of several pots of variously colored and shaped cactuses and a large rotating steel beam bearing the word “MOTHERS”  – these are just some of the eclectic works currently on show at London’s Hayward Gallery for What’s the point of it?, a survey of British artist Martin Creed’s equally playful and thought-provoking works. 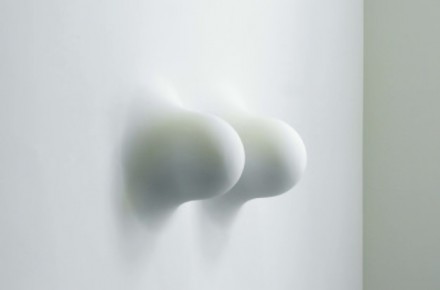 Creed’s signature blend of irreverence has made its way onto the walls of the Hayward this spring, in a thorough exploration of the artist’s work over the last several decades, and offers a startling peak into his imaginary world. Like each work the artist makes, this is an exhibition of extremes.  The show starts off with one of Creed’s earliest works – a self-portrait that he made at the age of 16. Through a bustling arrangement of photographs, protruding forms and installations – some of which are very much physically and sensually provocative (such as the multitude of balloons and a sculpture that takes the shape of an erection), Creed creates a strangely compelling internal narrative, one which he welcomes the viewer to participate fully in.  One of the most recent and noteworthy works displayed is the latest version of The Lights Going On and Off (in which the white cube of the gallery is defined by the rapid alternation between darkness and light), which won the artist the 2001 Turner Prize. 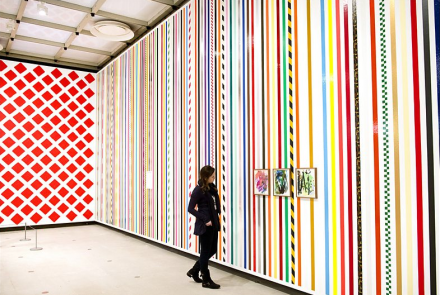 Martin Creed, What’s the Point of it? (Installation View), via BBC

Renowned for his minimalist approach, Creed’s multi-media creations often strip away elements that are unnecessary for the understanding of the art object, but his creations also manage to encompass elements of wit and surprise. Creed is the master of object relations, and places his works without a desire for any overarching intent,rather than simply letting things appear as if they were naturally placed.  Chairs, tables, cardboard boxes, brushstrokes, ping-pong balls and footballs, among other objects are allowed to exist in space quite naturally, without a hierarchy or dominating structure. 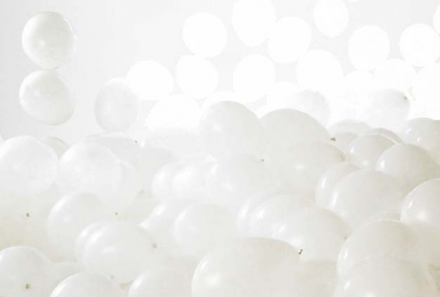 The exhibition is the first major retrospective for Creed, but is more of revelation into the artist’s mind than a mere survey of his career to-date. He is known for his works that create surprise encounters – moments of mischief that prompt the viewer to ask “why?” As he himself says in one of his songs that make up his new album Mind Trap: “I like things.” This is perhaps his strongest veiled statement. 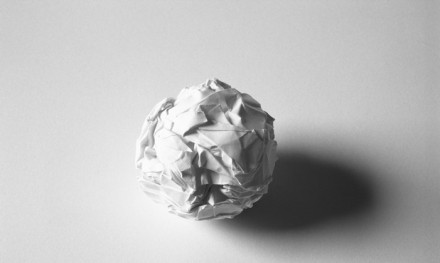 Martin Creed, Work No. 88, A sheet of paper crumpled into a ball, Courtesy Hayward Gallery 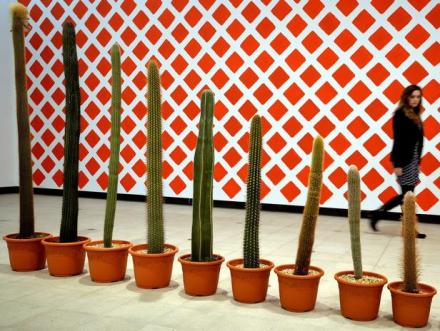 Martin Creed, What’s the Point of it? (Installation View), via Independent

Related Links:
Exhibition site [Hayward Gallery]
“Martin Creed at the Hayward: the faeces, the phallus and the Ford Focus” [The Guardian]
“Martin Creed: What’s the Point of it? Review: A Deliberate Wind-Up” [The Telegraph]
“Martin Creed Retrospective to Open at Hayward” [BBC]

This entry was posted on Friday, May 2nd, 2014 at 12:00 am and is filed under Art News. You can follow any responses to this entry through the RSS 2.0 feed. You can leave a response, or trackback from your own site.