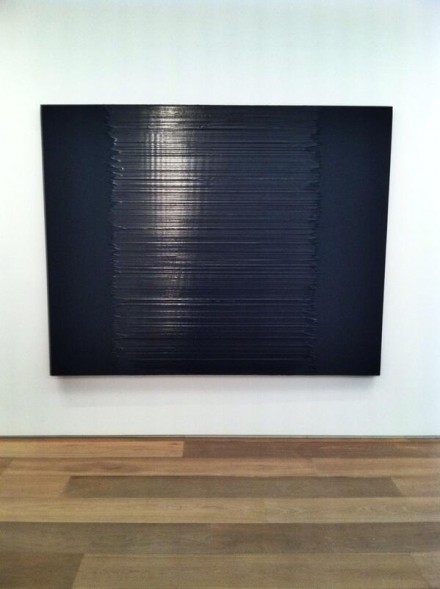 Held in high regard in his home country of France, and throughout much of continental Europe, the work of Pierre Soulages has never really achieved the same stature in the United States, despite his formal ties to the particularly American strains abstract expressionism and minimalism that have populated his work over the past sixty years.  But it’s that same lack of recognition that Dominique Lévy and Emmanuel Perrotin are looking to change this spring, bringing a selection of the artist’s most recent work, and some of his most classic canvases to show at the pair’s uptown exhibition spaces. 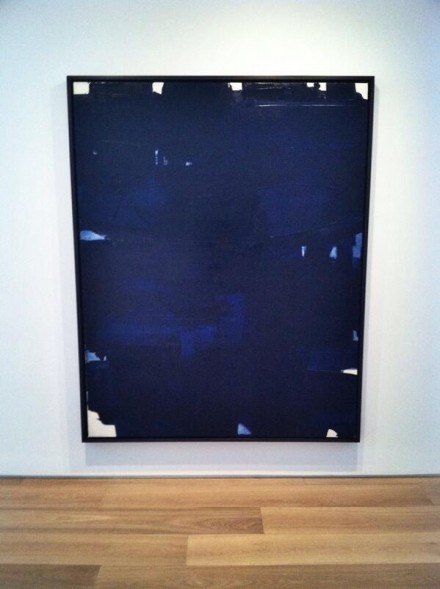 Including works from the range of his careers, the two gallery show places the artist’s ongoing fascination with the powerful sheen and clean capabilities of black paint, but uses his minimal color and mark-making techniques to a strikingly economic final product.  Works are defined by dizzying, cross-hatched patterns, or meticulously coating the canvas in a formless, thickly applied coat.  Using this as his starting point, Soulages then digs into the surface of the work, creating hard, carved out gashes that allow the light to play across his surfaces in delicate patterns.

During the exhibition preview, much was made of the artist’s fully contemporary approach to painting, and it’s hard to argue this point.  Soulages work feels wholly present in the contemporary discourse, rather than an important figure in the art historical, or a road marker in post-war abstraction.  With this in mind, the top floor of the exhibition serves as a masterful stroke of curating, showing a number of mid-20th century canvases by the artist that serve not only to chart his evolution and development of his immediately recognizable painterly themes, but also to invite a striking comparison to the artist’s compatriots. 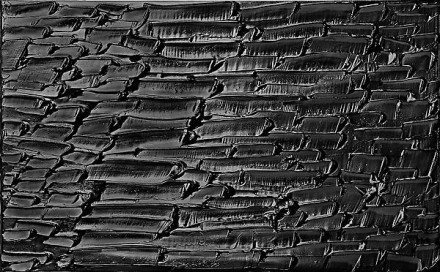 Moving from his abstract compositions of his early career to now, Soulages work feels as if he stands almost outside of time, continually refining and reshaping his technique and compositional practice as the decades pass.  Even his exhibition techniques, including his pioneering development of the free-hanging canvas, supported by tensile steel cables, seems more embedded in the broader annals of art history than in the practice of one artist.  It’s a fitting parallel for an artist whose work often draws its strength from its surroundings, letting light and shade dictate the final presentation of the painting’s surface.

Soulages’ work is on view through June 27th. 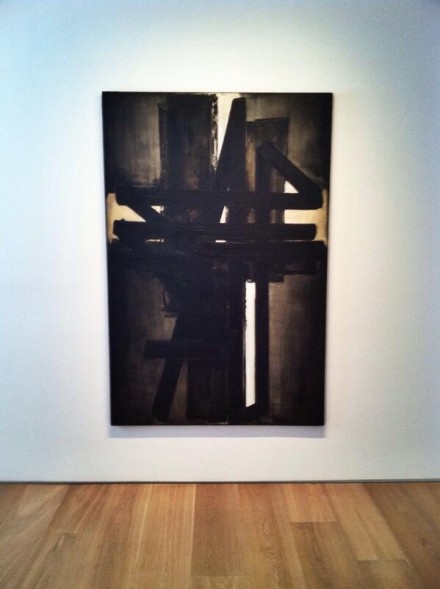 This entry was posted on Wednesday, June 4th, 2014 at 12:00 am and is filed under Art News. You can follow any responses to this entry through the RSS 2.0 feed. You can leave a response, or trackback from your own site.