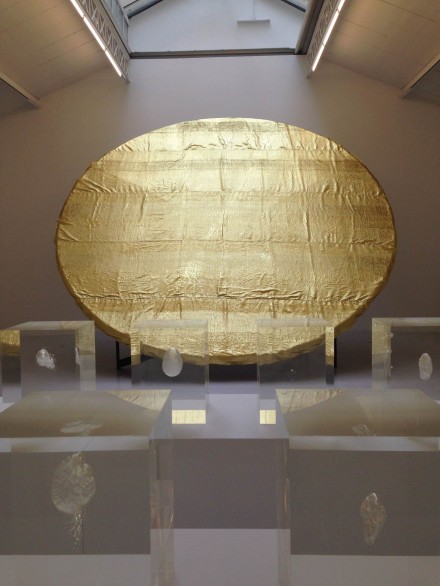 At first glance, the works of James Lee Byars and Anish Kapoor are vastly divergent in their presentations and practices, particular when compared side by side at Kamel Mennour’s fascinating show of works by the two artists.  Kapoor’s works vacillate between the elegantly transient illusions of his glass and aluminum sculptures and the rugged, roughshod clusters of cement he puts forward as a counterpoint. By comparison, Byars’s work is a decidedly more minimal affair: simple elements covered over in gold leaf or minimalist marble pieces. 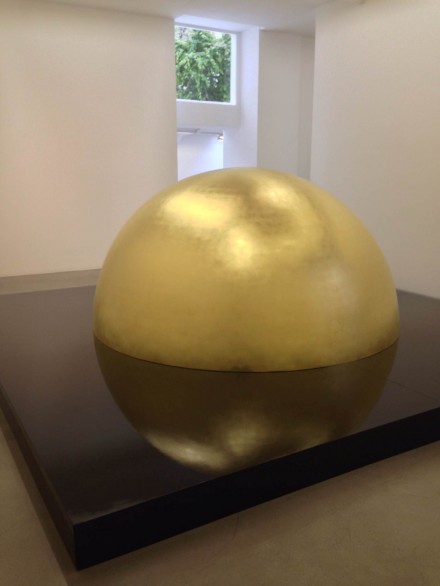 James Lee Byars, The Capital of the Golden Tower (1991), via Andrea Nguyen for Art Observed

Presented in conjunction with Michael Werner Gallery, the dual artist exhibition in Paris makes much of this contrast.  Kapoor’s messy cement covered slabs and jagged reflections play off against Byars’s elegant marbles and simple gold assemblages, but the initial dialogue only functions in conjunction with the works themselves.  Throughout, both artists embrace an increasingly engaged encounter, not so much with their construction or initial appearance, but rather with the totality of their surfaces, the full sum of visual cues and constituent parts.  In comparison, the artists come at the same approach from opposite ends of the spectrum, creating minimalist works that embrace the technique and gesture of their construction. 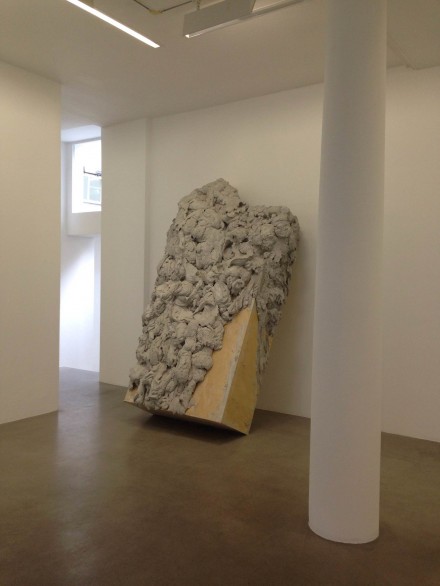 However, rather than engaging too heavily with a formalist dictate, the final object is almost always bound up in its construction, in the often simple series of acts utilized the reach the final form.  Kapoor’s Cosmobiology makes great use of its construction to reach its final, elegantly turbulent form, allowing the various bubbles and spurts of resin to mimic the natural formation of minerals, and his China Landscape embraces the use of smoke to place the final work somewhere between the hand of the artist and the natural elements of fire.  Byars, on the other hand, makes great use of the various material affects of each element.  His black picture frame and text work The Perfect Performance Is To Stand Still draws its strength from the oppositions of color and depth in the frame, underscoring deeper parallels of action and non-action through its visual simplicity.  Similarly The Capital of the Golden Tower allows the combinations of steel and gold leaf to form a perfect orb between the real object and its reflection. 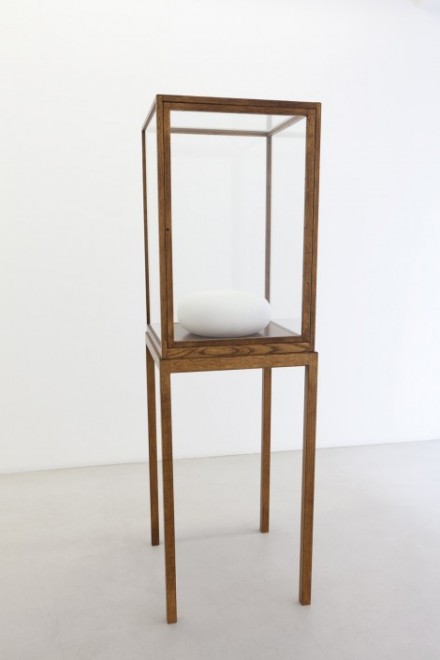 With these various influences in mind, the works of the two artist’s on view adopt a richer, more cohesive language together.  Considering the often mystical/philosophic language the pair of artists have couched their work in during the course of their respective careers, their works operate as the crux of their various creative concerns.  The surface becomes the totality of the work, a place in which the various material, environmental and affective considerations converge on a single phenomenological perspective, all activated (not realized) by the quick, decisive action of the hand.  Creating a moment of action from divergent pieces, the artists allow a new image to come into being, one that almost stands on its own in its meaning and construction. 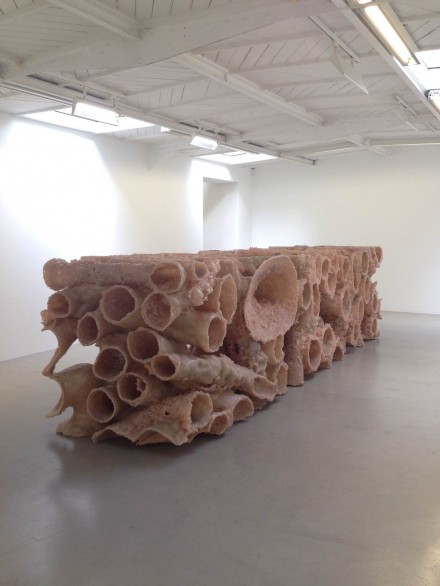 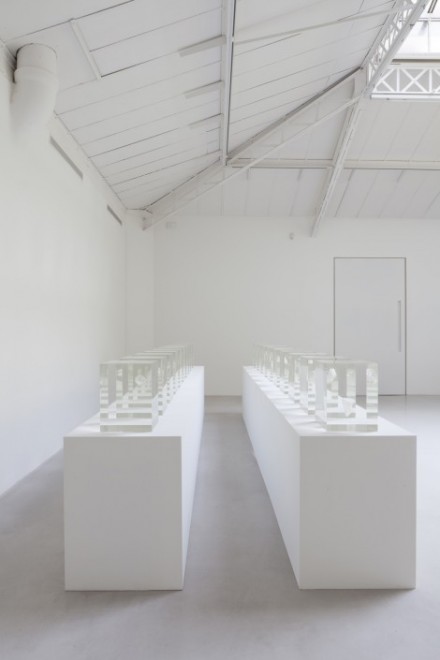 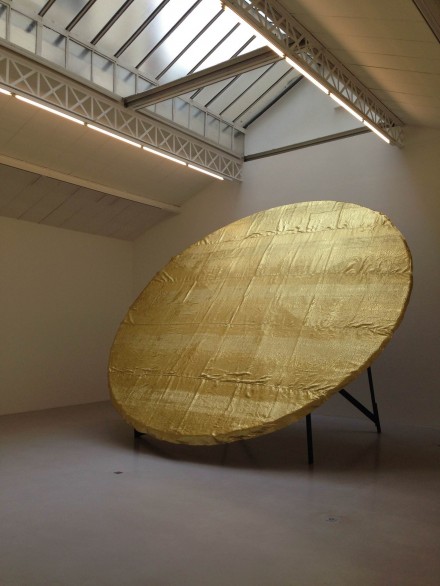 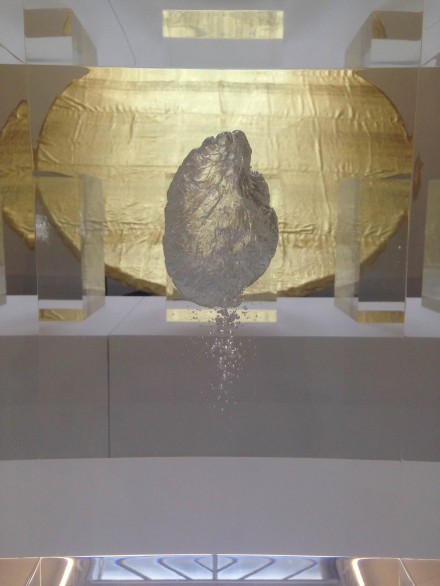 The pair’s exhibition is on view through July 26th.

This entry was posted on Tuesday, July 15th, 2014 at 12:00 am and is filed under Art News. You can follow any responses to this entry through the RSS 2.0 feed. You can leave a response, or trackback from your own site.