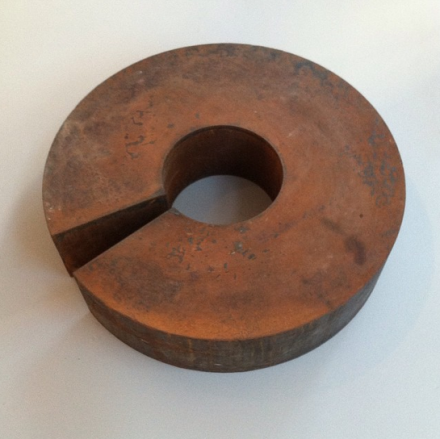 Richard Nonas’s newest series of sculptures, currently on view at Fergus McCaffrey’s 26th Street Chelsea location, are an interesting take on the minimalist object. Folded, twisted metal and wood forms stand in stark opposition, with sharp angles drawing lines of interaction and interrelation from work to work, subsequently toying with notions of space between a cohesive environment and a series of isolated, complexly rendered objects. 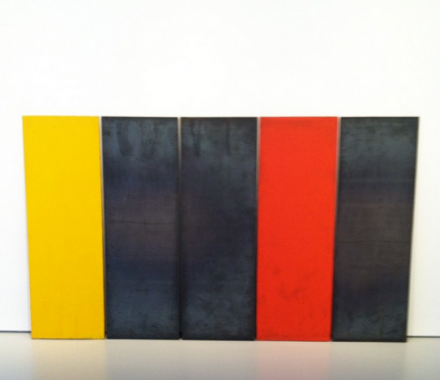 It’s a technique that adds a distinct variation to the functional agenda of so many of Nonas’s contemporaries, turning the gallery into a study of its own structure through the use of similar, yet ultimately abstracted architectural forms.  For Nonas, the scale and execution leaves a space between open narrative and static objects, where connections between form and function, part and whole, quickly develop and dissipate. 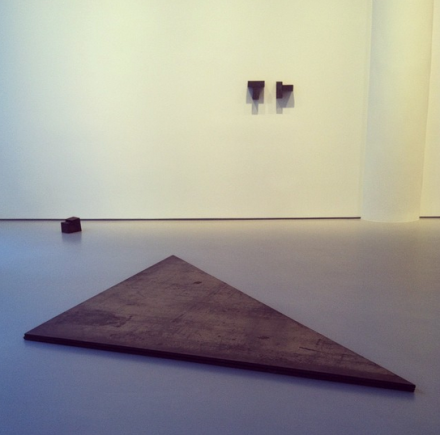 “What I want here are objects that feel like places—edgy things whose power lies in their non-specificity and emotional slipperiness,” Nonas told Art Observed over email.  “Their ability, I mean, to silently transform themselves into single encompassing sites—vibrating wholes more abstract and ambiguous than any object or person should be, yet strong enough to also pull you along with them.” 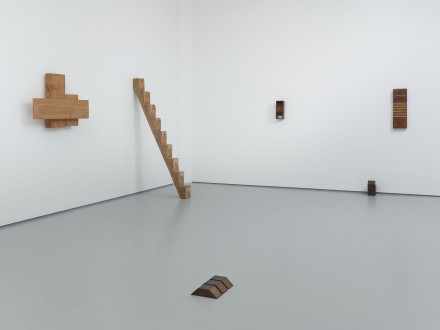 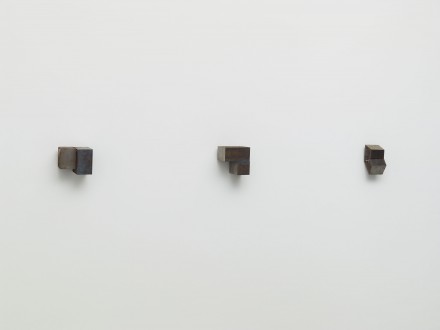 The works are then, in some sense, scalable, able to work in multiple combinations and techniques to arrive at various spatial configurations within the gallery.  This sense of multi-format, modular states is perhaps best exemplified immediately upon entering the gallery space, where a line of hunched sculptures runs in a diagonal across the floor of the gallery.  In turn subdividing the space of the gallery by its path of movement, or pushing the viewer into the back corner of the space through its linear continuity, the form alters its physical capacities based on the viewer’s movements and the accompanying works around it.  It’s this distinction that complements Nonas’s perspectives on the work so well.  It is the viewer, and the viewer’s active engagement with the space of the gallery that uncovers meaning and narrative through the works.

Nonas’s exhibition is on view through October 25th. 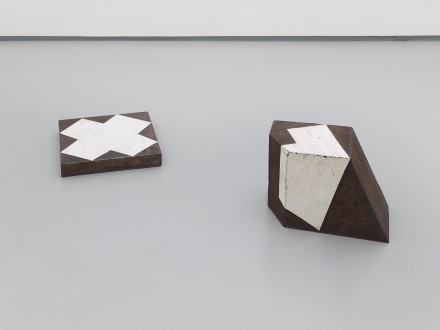 This entry was posted on Thursday, October 23rd, 2014 at 10:00 am and is filed under Art News. You can follow any responses to this entry through the RSS 2.0 feed. You can leave a response, or trackback from your own site.