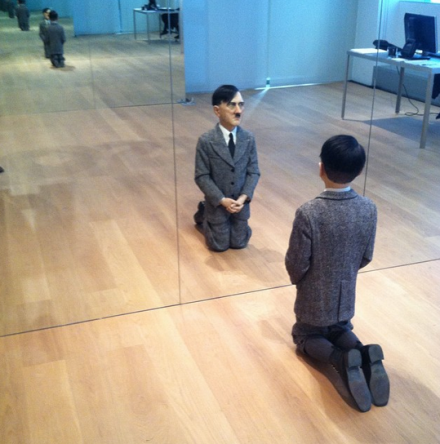 Maurizio Cattelan is back in New York.  It’s been some time since the artist’s retirement from the art world proper, capped by his well-attended Guggenheim retrospective in 2011/2012, a move that the artist has made quite good on.  Despite the occasional appearance high-profile appearance, Cattelan’s work has remained relatively outside of the art world spotlight for the past several years.  But the artist’s commitment to his own absence hasn’t deterred Adam Lindemann, who is currently mounting a pair of exhibitions of the artist’s work at both Sotheby’s S|2 Gallery, and at his own space, Venus Over Manhattan on Madison Ave. 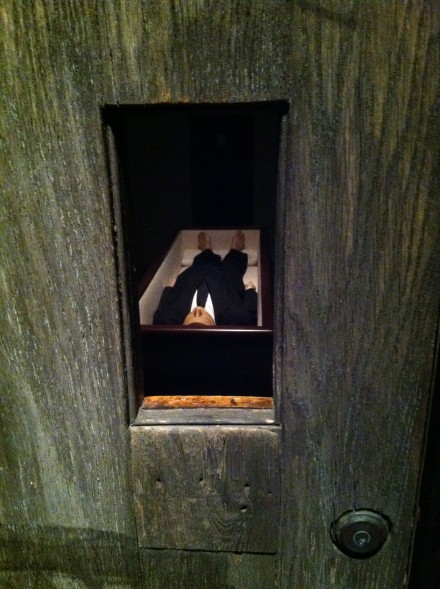 The two shows are a fitting complement to each other, presenting a strong review of the artist’s work in a pair of dichotomous exhibition environments that play at Cattelan’s frequent embrace of perceptual extremes.  At Venus Over Manhattan, visitors pass through a dimly-lit prison installation, where each of Cattelan’s works are viewed through a small window, door or peephole.  The artist’s inverted policemen, or his untitled sculpture depicting a boot stretched over a human head are an extra layer of gravity by their isolation, although the imagery of a mental hospital adds an equally comical undertone to the occasionally serious atmosphere at 980 Madison. 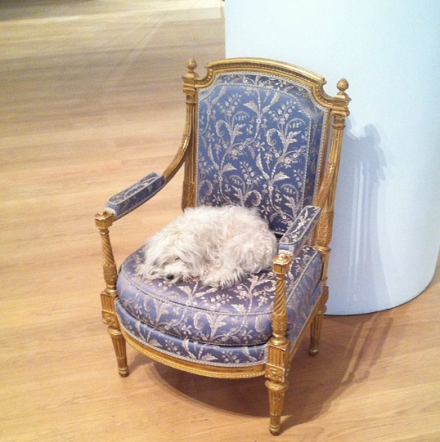 By comparison, the work on exhibit at the relatively small S|2 space on the second floor of Sotheby’s sprawling headquarters makes for a far less intimate experience.  Each wall in the room is covered in mirrors, creating an endlessly repeating series of images from the artist’s oeuvre.  His iconic sculpture of Hitler, Him, is made all the more disturbing by its constant repetition, playing well against the disturbing lack of accuracy in the dictator’s scale. 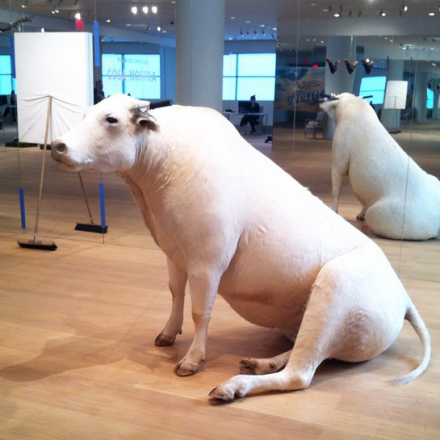 The same goes for his sculpture of a young boy hanging himself, a darkly ominous work that sits right at the front of the exhibition.  In a more comical note, his untitled sculpture, utilizing a taxidermied bull with horns replaced by motorscooter handlebars, is given all the more comedic weight by its frequent repetition, as is a reproduction of his iconic La Nona Ora, a depiction of Pope John Paul II struck down by a meteor. 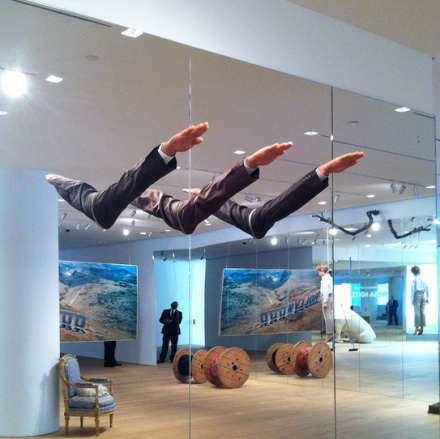 Always savagely ready to address the state of reality, Cattelan’s work feels sorely missed in the contemporary art environment, a blend of potent affect and masterful craft that plots much of the same obsessions with media, power and iconography against a far more physical site, the human body itself.

Cattelan’s exhibition closes at Sotheby’s November 26th.  His show at Venus Over Manhattan will remain on view through January 10th. 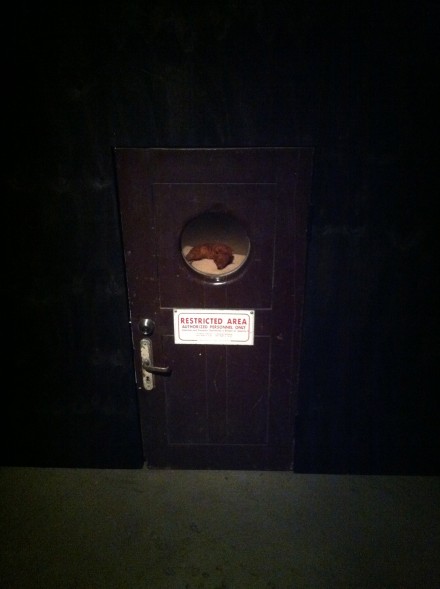 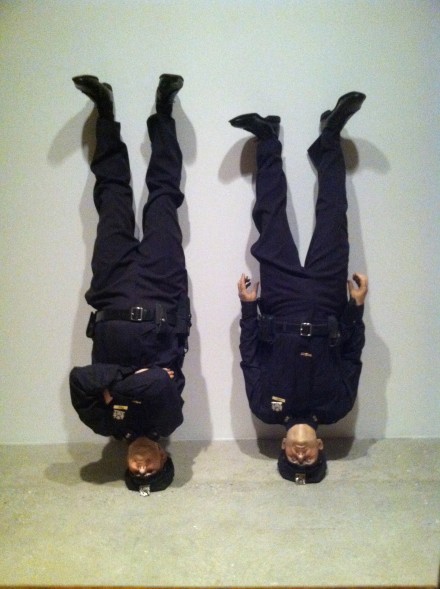 This entry was posted on Wednesday, November 26th, 2014 at 10:38 pm and is filed under Art News. You can follow any responses to this entry through the RSS 2.0 feed. You can leave a response, or trackback from your own site.