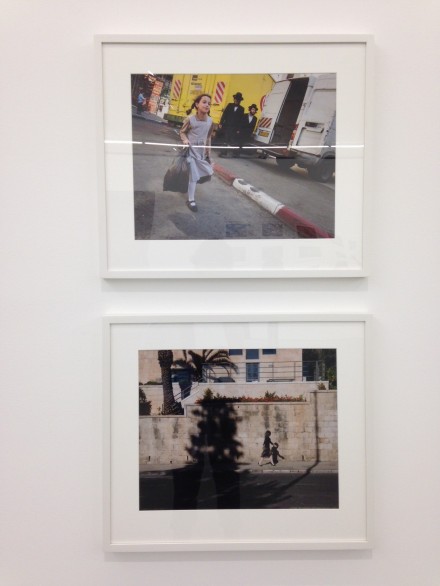 Since the early 70’s Stephen Shore has been photographing narratives that never fully reveal their endings, positioning his camera somewhere between a noncommittal viewer and a localized resident of the space he shoots. His current exhibition at 303 Gallery adds another phase to the pioneer photographer’s career, stretching out into two controversial territories, series of work that coincides with the bitter political and social turmoil of their politics: photographs documenting the current state of the Israeli-Palestinian border on the West Bank, and the lives of Ukranian Holocaust survivors. 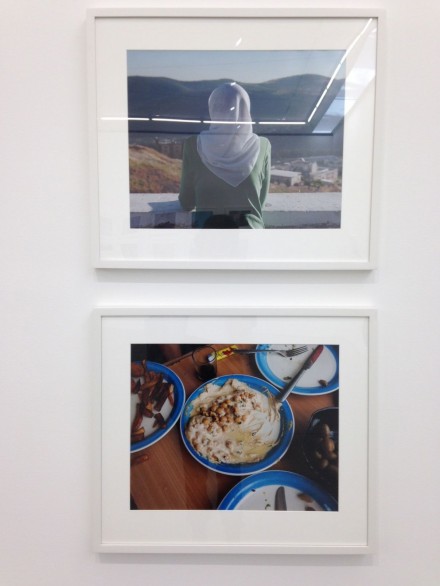 Referred to by Tennessee Williams as the Nabokov of photography, Shore leaves his viewers the liberty for imagination while revealing much on his own. The artist is known for approaching landscapes with an emotional charge, vibrant spaces he depicts as intertwined with his human subjects, while keeping both elements at a certain distance from the camera’s eye.  His models stand between a willing inertness and mysterious theatricality as they imply curious narratives that are never fully revealed. 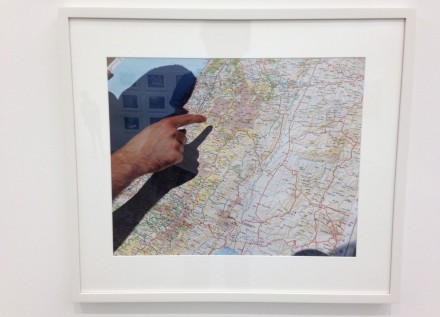 In his first series of works on view, the artist presents Israel and the West Bank in 2009 through a spectrum merging urban daily life with desolate unmanned landscapes, two visual contrasts that orchestrate and dominate the Israeli scenery.  Passersby and city dwellers blend into notices of propaganda hung around centuries-old buildings, and tell distant tales of a land where upheaval has remained a fundamental part of life for years.  Shore articulates this social climate through a marrying of contrasting imageries, investigating the flux of the mundane and unraveling the immaterial under the disguise of the tangible.  Through his work, a collective portrait emerges, composed of an immense range of voices, hopes and fears. A little girl running with bags or an anonymous hand reaching out to a point on a map strike the viewer with intensity and curiosity, while a table with half eaten food or a desolate scene from the West Bank stand to recount similar stories, or at least distinct ones that eventually lead to same conclusions. 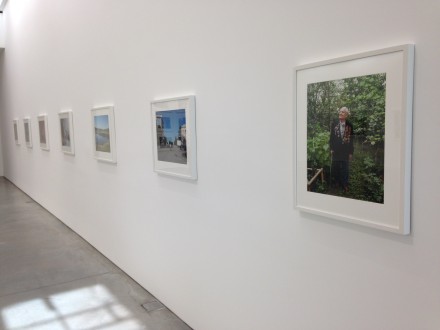 The second body of work installed at the space is a group of photos Shore took in Ukraine, depicting the lives of Holocaust survivors. The vitality and energy apparent in the first series are taken over by the intense emotional baggage of a past that is still predominant in a shared recollection. Combined with the current political state of Ukraine, these photographic documentations gain further meanings, staging a timeless portrait of the human condition beyond solely reflecting a darker past.

Shore steps inside the homes of his subject matters, juxtaposing a domestic, private reality. Subtle details that would otherwise be neglected turn into his tools for a narrative conscious of its emotional charge. As the artist embodies these minor histories through a lens that is tranquil and affectionate, his characters gain individualistic voices for a collective past. 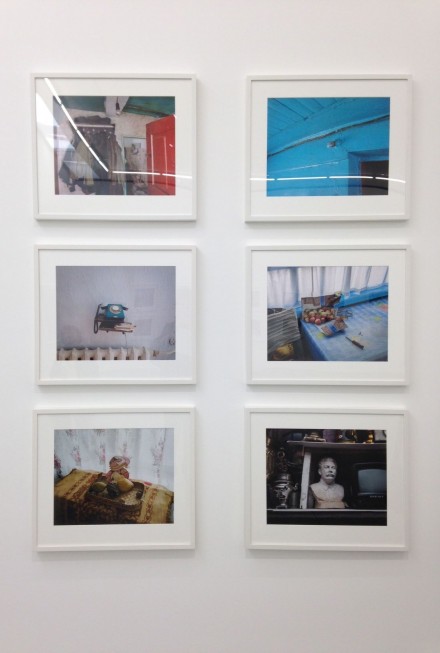 This entry was posted on Saturday, November 1st, 2014 at 4:21 pm and is filed under AO On Site. You can follow any responses to this entry through the RSS 2.0 feed. You can leave a response, or trackback from your own site.