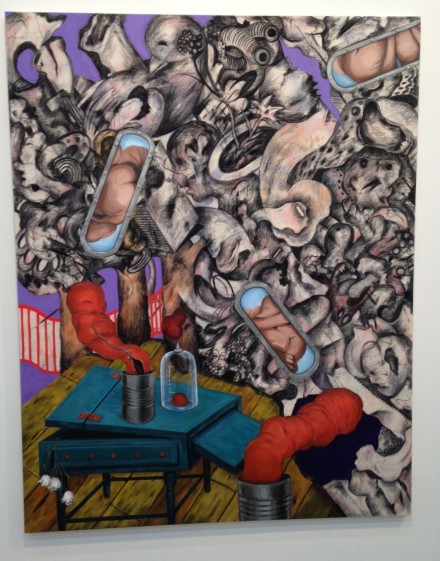 Ahmed Alsoudani, Untitled (2014), all images are by Osman Can Yerebakan for Art Observed

In his first exhibition at Gladstone Gallery, Iraqi artist Ahmed Alsoudani is delivering an eminently profound set of paintings, managing to remain current and relevant while at the same time tying strong references to pioneers of 20th century painting, a body of work that suggests a limitless array of interpretations. 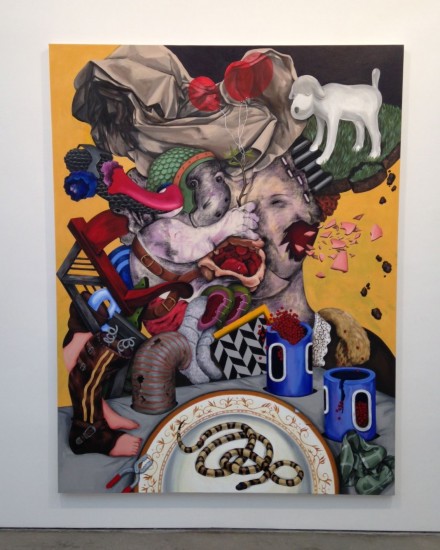 Born in Iraq and based in New York, Alsoudani, who moved to the US shortly before the conflicts between his native country and his current home erupted, experienced the consequences and devastation of war first hand.  His artistic practice, consequently, does not stay indifferent to his autobiography, and delivers subtle, yet highly metaphorical connotations on international politics and its effect on individuals. 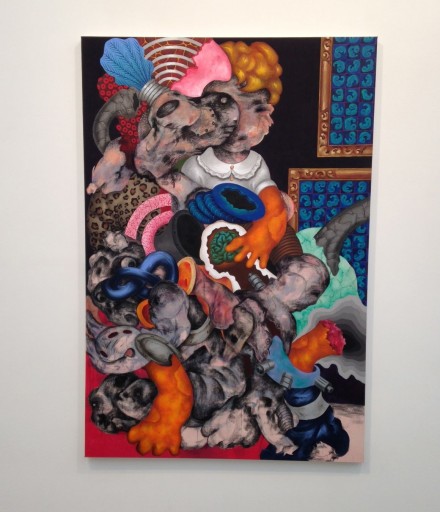 Similar to German Expressionists such as Beckmann, Grosz or Kokoschka, whose depictions of reality were shaped by their own war-torn histories after World War II, Alsoudani builds a complex and, in many instances, subliminal relationships on the canvas. The ability of acrylic to bring out the vividness of his colors unite with the foggy dreariness of charcoal, with the resulting group of works allowing stories to quickly unfold that are as varied in their expressive capacity as they are in the intensity and nuance of their narrative. 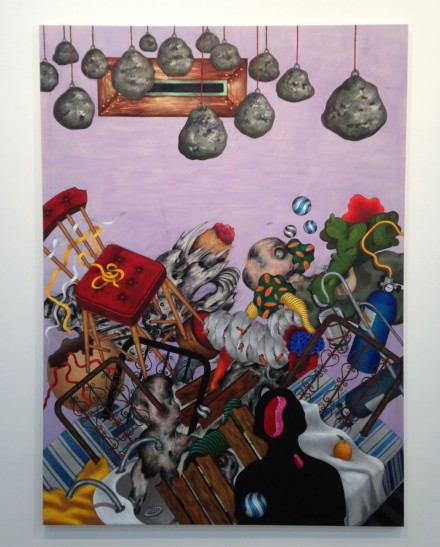 Objects that are slightly familiar, yet still ambiguous enough to complicate a full definition, such as water tanks, glass tubes or wooden sticks, merge with body parts, mostly deformed, if not deteriorating. The potency of terror, and its aftermath, appears in the Yale graduate’s canvases, and his depictions frequently rely on semi-abstraction, complicating fixed arguments on his works.  The pieces combine objects and human signifiers, a subtly jarring approach that underscores the often indiscriminate destruction of armed conflict.  War is embodied in its most violent and perplexing forms, making the artist’s statement clear without being too overt. Through the metaphorical complexity that dominates each work, viewers are drawn into a realm of phantasmagoria that is too real to be surreal, yet complex enough to seem concrete.

Ahmed Alsoudani is on view at Gladstone Gallery through December 20, 2014. 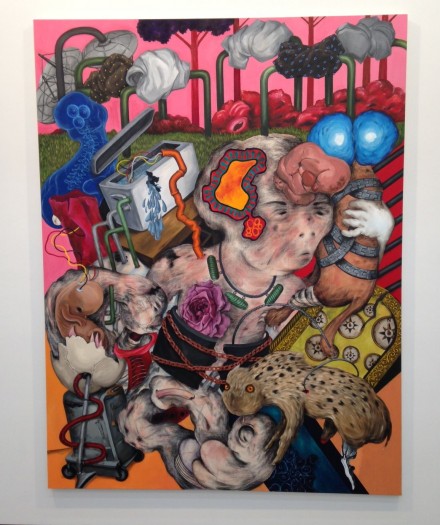 This entry was posted on Thursday, December 18th, 2014 at 12:00 am and is filed under Art News. You can follow any responses to this entry through the RSS 2.0 feed. You can leave a response, or trackback from your own site.