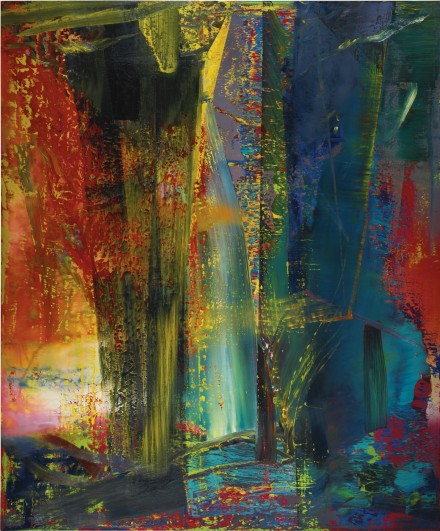 The Contemporary Evening sale at Sotheby’s has concluded, following a sale of works that was fairly by the book in comparison with past auctions, with the exception of a massive new auction record for artist Gerhard Richter just one day after his 83rd birthday.  Despite a lack of exceptionally competitive bidding, the 77-lot sale still brought in impressive returns, finishing at a tally of £123,515,250. 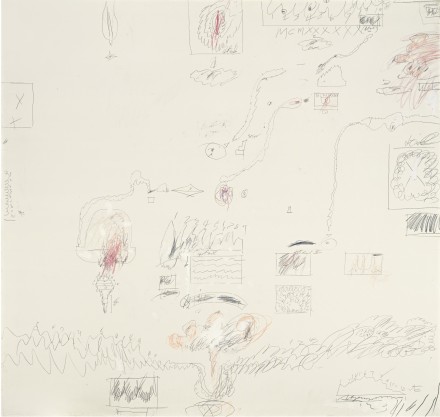 The early lots of the auction were dominated by a number of lower priced works, dotted with the occasional work pushing into the low millions.  Early sales included the smashed auction record by Jonas Wood, whose interior study annihilated his previous sales record, finally landing at £365,000 after strong bidding.  It was followed shortly after by a Cy Twombly “blackboard” work, Rome, which beat just topped its estimate to sell for £3,845,000, and an Yves Klein monochrome, which sold for £6,085,000, also landing just beyond its high estimate.  A Lucio Fontana saw similar success three lots later, creeping up past its £7 million high estimate to finish at £8,381,000.  Another Klein, this one from his Anthropométriea series, also performed well, selling for £4,181,000.  A third Klein would sell later in the evening, just above the low estimate for £2,105,000. 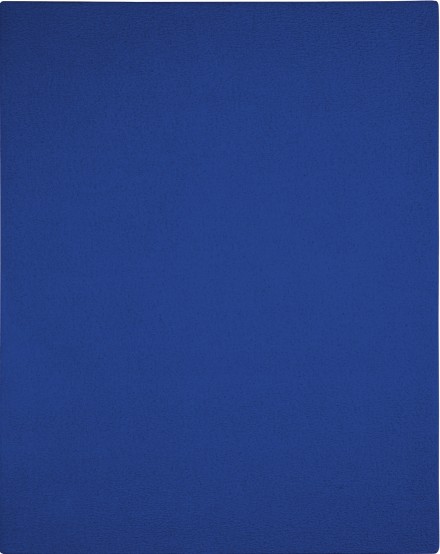 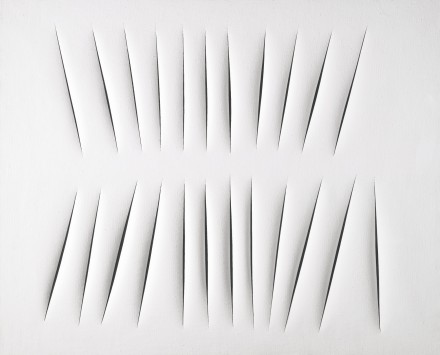 In what seems to be a running theme throughout the past weeks, the Francis Bacon cover lot was sold after a single bid, perhaps a symptom of the increased emphasis on pre-sale guarantees for the most prominent works.  A single phone bid took the work at the low estimate, carrying a final price of £14,709,000.  But bidders for the Gerhard Richter Abstratkes Bild  offered late in the sale refused to settle. Several aggressive telephone bids pushed the work up by increments of £2 million at a time, rapidly surging past the artist’s existing auction record to sell for £30,389,000, handily beating Richter’s previous record, and drawing amazed sighs from the gathered crowd.  “I think I need to sit down,” auctioneer Oliver Barker remarked after the sale closed. 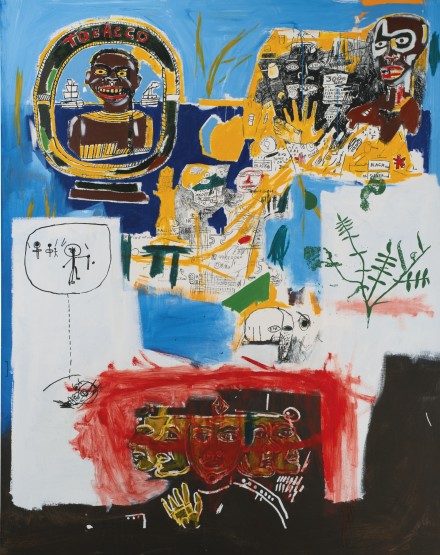 With the exception of Richter’s monumental sale, however, most works seemed content to settle within estimate.  Another Cy Twombly offered at Lot 30 (Crimes of Passion) claimed a final price of £4,069,000, just within estimate, as did a 1983 map work by Alighiero Boetti, which brought £1,181,000 despite sporadic bidding.  With such conservative bidding, James Rosenquist’s Beach Call was an unexpected highlight, cruising past its £150k high estimate to sell at £641,000, purchased by Amy Cappellazzo.  Another Richter, Wolken, also performed well, bringing a final price of £4,069,000.  The sale wound down with a series of strong works by Andy Warhol and Jean-Michel Basquiat.  Warhol’s Flowers beat estimate to finish at £1,013,000, and followed up two lots later, selling a Marilyn Monroe portrait from his Reversal series for £3,285,000.  A Basquiat from 1984 followed directly after, claiming a final price of £4,405,000.  An early Tom Wesselman was close behind, beating estimates for a £1,565,000. 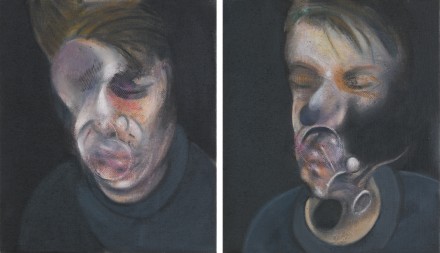 Following this last burst, a number of works passed or sold just within estimate, making for a brisk conclusion, a note that underscored Sotheby’s focus on the higher ends of their sale.  A number of Chinese and Asia-focused works failed to sell in the last rounds of the sale, despite what seemed to be strong international interest.

Sales will continue tomorrow at Christie’s, and Art Observed will once again have live coverage, beginning at 7PM GMT.

This entry was posted on Tuesday, February 10th, 2015 at 10:25 pm and is filed under Art News, Auction Results, Featured Post. You can follow any responses to this entry through the RSS 2.0 feed. You can leave a response, or trackback from your own site.