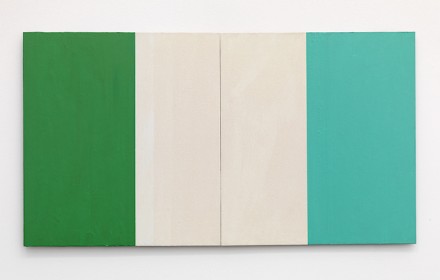 In collaboration with the Palermo Archive, David Zwirner presents an exhibition of rarely displayed works by Blinky Palermo at its 537 West 20th Street gallery. The works on display in this exhibition were made by the artist from 1973 to 1976, and range from objects to paintings and large-scale drawings. Following two years after David Zwirner’s exhibition of Palermo’s works on paper from 1976–1977, this show further explores the artist’s short but influential career, which is largely associated with abstraction, Minimalism, and Conceptual Art, but also extends beyond these realms.  These pieces are being presented together for the first time since their installation in Heiner Friedrich, New York in 1974. 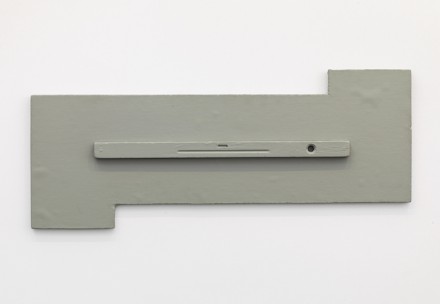 On view in the installation are a number of Palermo’s “objects,” a term he coined to describe pieces that rest somewhere between sculpture and painting, three-dimensional pieces that still cling to a two-dimensional appearance.  In one such object, Objekt mit Wasserwage (Object with Spirit Level, 1969–1973), Palermo has integrated a leveling tool into a zig-zagging grey form, directly pointing to a tool employed in the creation and installation of such an object and extending the concept of physical leveling to the spiritual realm. 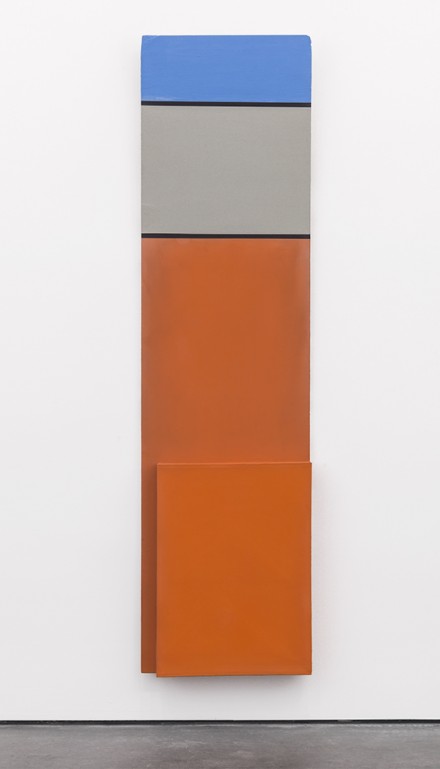 Part of what defines these objects—as well as Palermo’s overall style—is the use of color. In Ohne Titel (Untitled, 1973), three blocks of color are stacked and separated by thin black lines: pale blue on top, then grey, and orange, the space occupied by each growing from top to bottom. The bottom half of the orange segment is overlain by a thick block painted an orange that is just a shade harsher. This use of the form of the object exemplifies Palermo’s nuanced expression of the conversation between shape and color, extending from the flat surface of a painting into the fuller figure of sculpture. 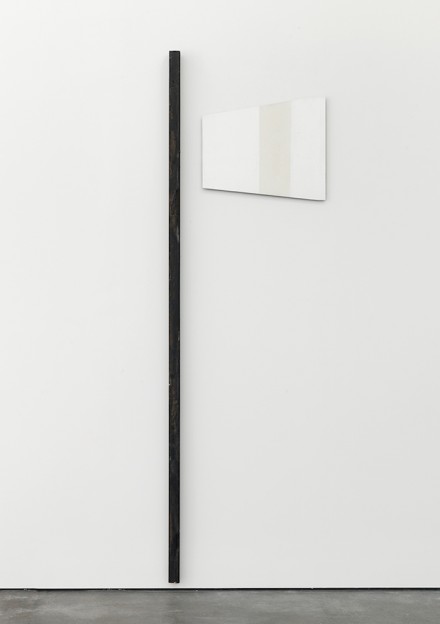 In a series of two-paneled pieces, two stripes of similar colors on opposing panels are separated by a white stripe divided across the two panels. The tension between the orange and red in Osten–Westen III (East–West III, 1976) and the blue and green in Wooster Street (1975) is somehow soothing. A similar striped pattern can be seen in the single trapezoidal wing flaring out from a thin black column in White Wing (1974–75). 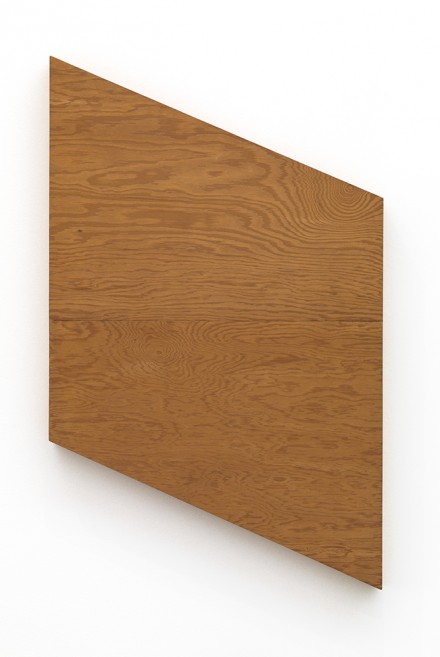 The exhibition also shows a series of large-scale drawings on paper from 1974. The large rectangular panels, most in two parts along with one triptych, depict penciled parallelograms cycling through different orientations. Presented alongside these drawings is a varnished wood parallelogram that likely served as the pattern for the stenciled shapes.

The exhibition is on view through April 11th. 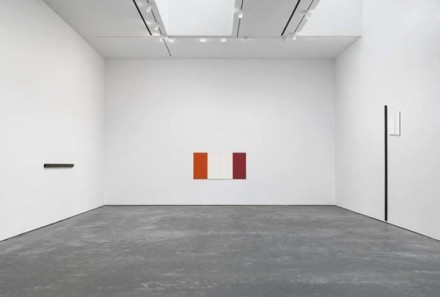 This entry was posted on Monday, March 23rd, 2015 at 12:00 am and is filed under Art News, Featured Post, Show. You can follow any responses to this entry through the RSS 2.0 feed. You can leave a response, or trackback from your own site.