Paris – Taryn Simon: “Rear Views, A Star-forming Nebula, and the Office of Foreign Propaganda” at Jeu de Paume, through May 17th 2015 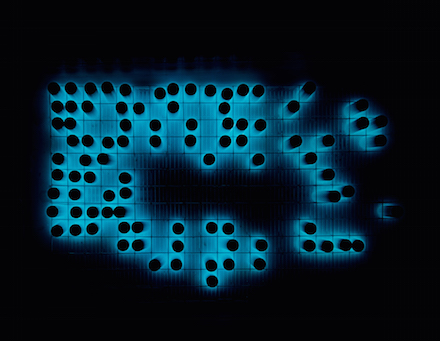 Taryn Simon, An American Index of the Hidden and Unfamiliar (2007), all images courtesy Jeu de Paume

On view at Jeu de Paume in Paris is a body of conceptual artwork by artist Taryn Simon, combining photography, text, and graphic design to address issues related to the production and circulation of knowledge, as well as the politics of representation.  The works on view, all produced after 2000, include The Innocents, a piece documenting cases of wrongful convictions in the United States, and underlining photography’s role and function as a both a credible witness and an oppositional agent that blurs truth and fiction.

Collecting databases of images, text and printed pages, Simon’s work often explores intersections of data and the values they espouse.  One work, An American Index of the Hidden and Unfamiliar is a compilation of “what lies hidden and out-of-view” in the United States. Subjects include science, government, medicine, entertainment, nature, security, and religion, and foregrounds Simon’s interest in the division between what is accessible to the public and what requires privilege to access. The objects and subjects of her work are furthermore very important to the foundation of U.S. as well as its everyday functions, but are often, for the most part, unknown or rarely seen.

Another work, Contraband, includes images of items seized by American customs officials at JFK Airport in New York. For the project, Simon stayed on the site for five days and four nights, photographing and collecting data on 1,075 objects refused entry into the U.S. The objects were placed in Plexiglas cases and represent what the government perceives as threats to security.

A Living Man Declared Dead and Other Chapters was created between 2008 and 2011, as Simon travelled around the world to research bloodlines and their stories.  Legacies of power, religion, territory, and circumstance confront psychological and tangible inheritance, with subjects including victims of genocide in Bosnia, test rabbits infected with lethal diseases in Australia, the first woman to hijack an aircraft, and the living dead in India.  The project maps relations of chance and blood, as well as the factor of fate. 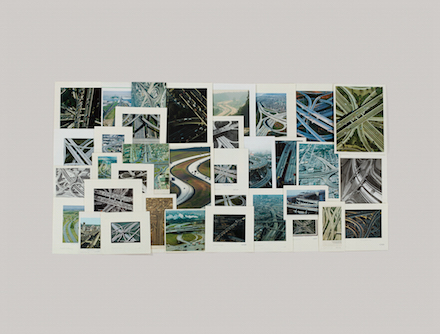 The Picture Collection, created in 2013, incorporates the New York Public Library’s picture archive – the largest circulating picture library in the world, organized according to a cataloguing system of over 12,000 subject headings. Simon focuses on the impulse to archive and organize visual information, and calls into question the ostensibly neutral systems of image gathering and compartmentalizing. This extensive archive, Simon suggests, was a precursor to internet search engines. 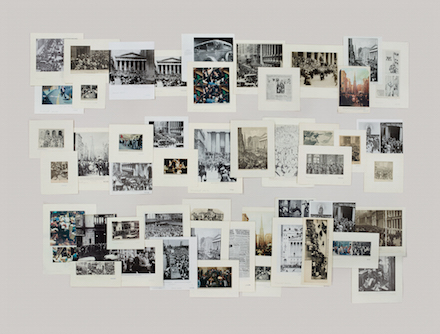 Simon’s video works, Exploding Warhead (2007) and Cutaways (2012) as well as The Innocents will also be on view. Subjects range from the test of an MK-84 IM Warhead in Florida to an absurdist work that sprung from Simon being interviewed for Prime Time Russia. The Innocents video is composed of interviews from the subjects of her photographs about the process of misidentification.

This large-scale exhibition of important works all created in the past 15 years will remain on view at Jeu de Paume through May 17, 2015.

This entry was posted on Monday, April 13th, 2015 at 12:00 am and is filed under Art News, Featured Post, Show. You can follow any responses to this entry through the RSS 2.0 feed. You can leave a response, or trackback from your own site.