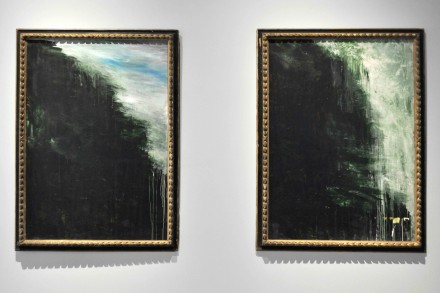 Undeniably one the greatest artists of 20th century, Cy Twombly‘s work is currently on display at the Ca’ Pesaro International Gallery in Venice, offering an in-depth look at the American artist, and his long residence in Italy.  Combining work from Twombly’s last series produced in 2011, an early painting on wood from 1951, and sculptural work from late in his career, this show delivers on its promise of a look at the artist’s career, while avoiding the demands of an exhaustive survey of his practice. 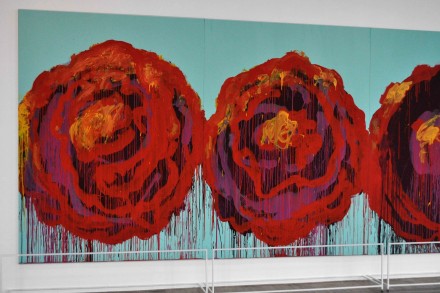 During the 49th Venice Biennale, the late artist presented The Lepanto series, a set of works that ultimately earned him the coveted Golden Lion in his fifth exhibition during the event.  Taking this as a point of introduction, the Twombly Foundation has curated the works to inform not only the artist’s long practice, but his relationship with the city of Venice itself. 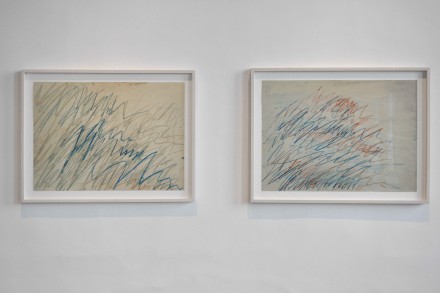 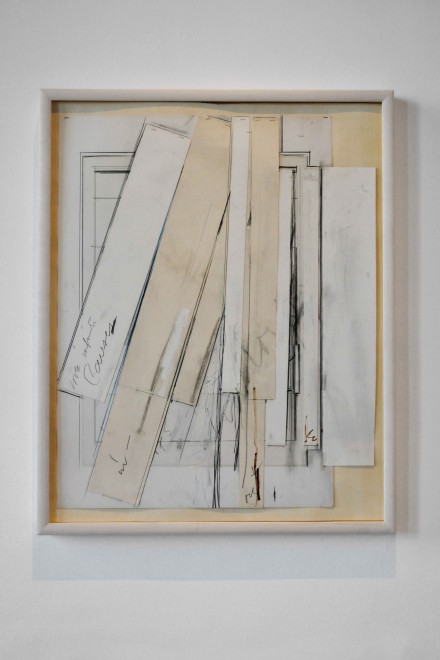 Paradise presents a journey into the six decades of Twombly’s vigorous dedication to the creative process. Present during one of Black Mountain College’s richest generations, the artist coexisted with some of America’s most influential creative minds, and informed the artist’s ultimate rejection of both Pop and Neo-Dada while steering his own path through the abstract mark-making of his contemporaries. Twombly pioneered his own fusion of techniques that harnessed abstraction as a tool to convey history, literature, and philosophy with an express focus on dialect.  The artist often used pencils on long sticks and mark makings with his less dominate left hand, creating gestural marks that sought and occasionally failed to convey linguistic information. 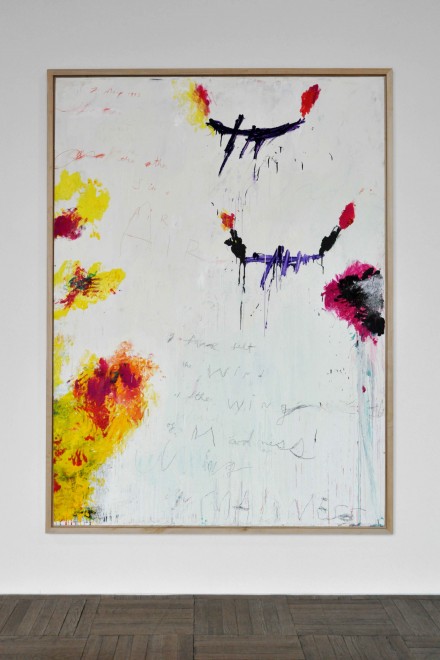 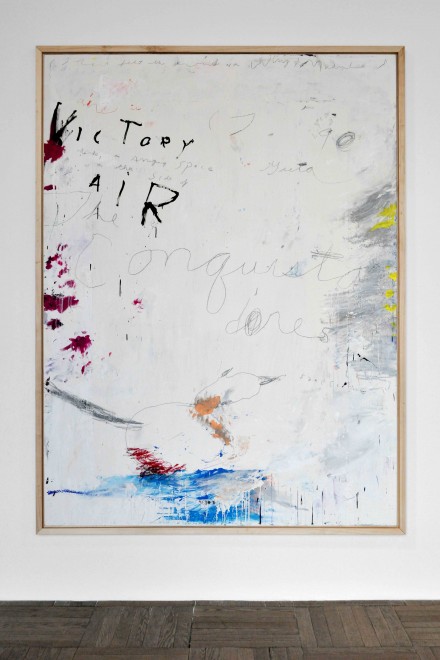 The display at Ca’ Pesaro includes Untitled (Camino Real II, V, VI, VII)  a series from 2011 that depicts gestural yellow, red, and orange baroque circles. Vibrating against a bright green backdrop, these idiosyncratic marks are just one of Twombly’s emotive motifs, conveying notable energy and motion, complemented by vibrant color interactions that result in pulsating line distinction inside a world of loose marks and resultant drips.  Four corners contain what appears to be a wildly abstracted frenzy. 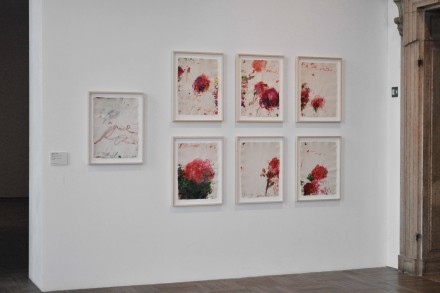 A wood wall painting dated from 1951 reminds viewers of Twombly’s uniquely experimental techniques during his early years, harkening back to his visceral and challenging use of the line to express pure motion and energy. 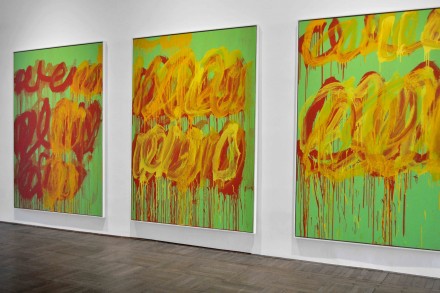 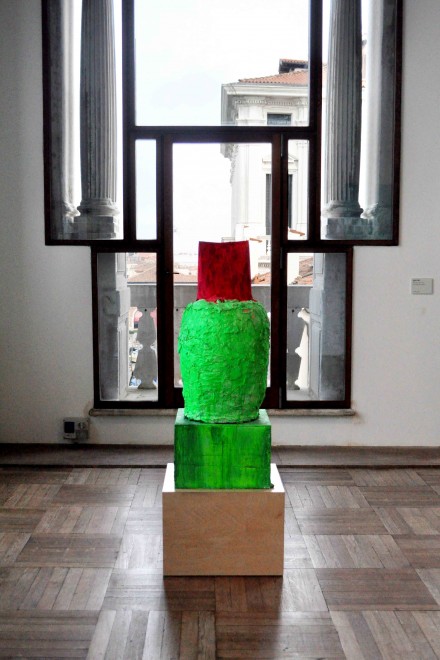 Paradise allows a nuanced exploration of only a few of Twombly’s many passionate inspirations, and provides a fitting introduction to the artist’s relationship with Venice as a bustling week of openings prepares to launch. 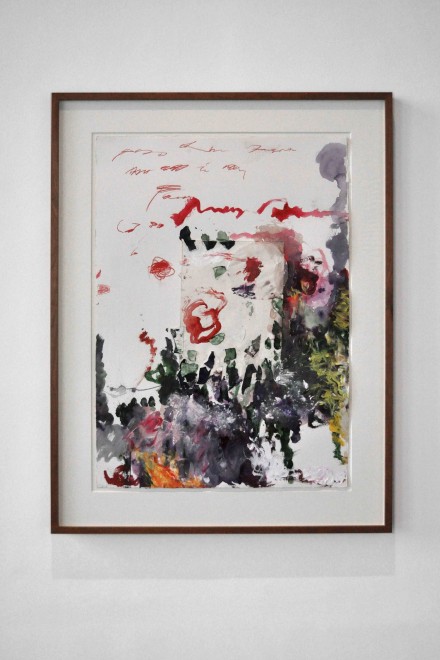 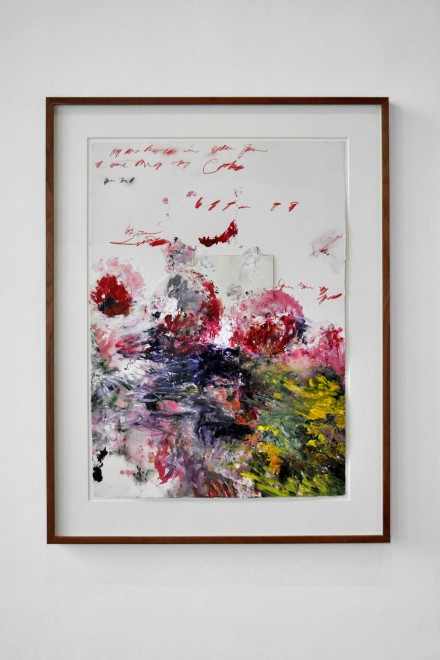 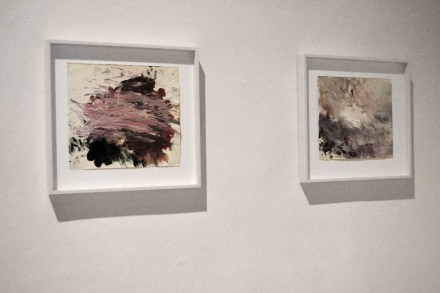 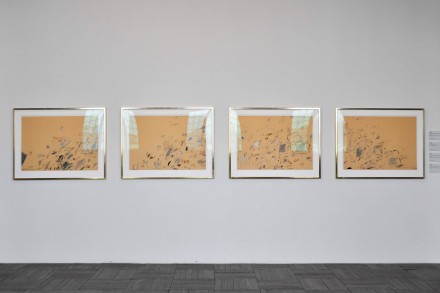 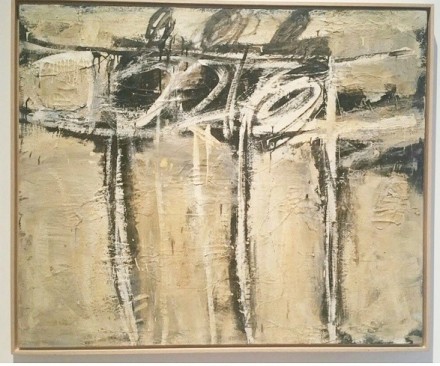 This entry was posted on Thursday, May 7th, 2015 at 8:34 pm and is filed under Art News, Featured Post, Show. You can follow any responses to this entry through the RSS 2.0 feed. You can leave a response, or trackback from your own site.