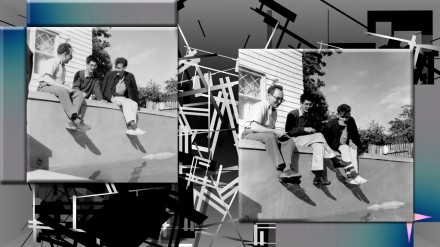 On view at its 25th Street galleries, Pace is currently presenting Lucas Samaras’s exhibition Albums 2, featuring over 700 digitally enhanced photographs and a mirrored room installation.  Samaras’s exhibition showcases his continued exploration of manipulated imagery as a way of plumbing his own existence, this time playing through his autobiographical accounts with digital technologies. 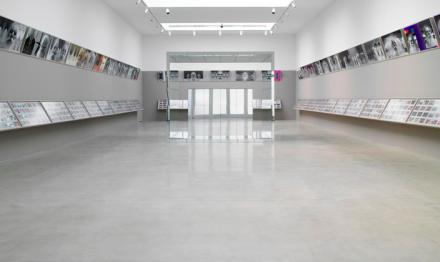 Samaras’s ongoing project has compiled his personal experiences, objects and memories into that of the digitally manipulated interface, allowing him to appropriate his life’s possessions and memories into self-directed perspectives on his development and change throughout the digital age.  The artist’s cybernated photographs display a visceral chronology of his creative and familial existence. Comprised of self-portraits juxtaposed with images of his childhood, family, and a variety of alternative landscapes, the works dive towards self-inquiry, and further explore his past photos and videos from the 1970’s, 80’s and onwards.  He has continued to build within this medium, and has collaged his life together in a diary format, compiling data in an active appreciation of the inconsistencies and fluid nature of memory. 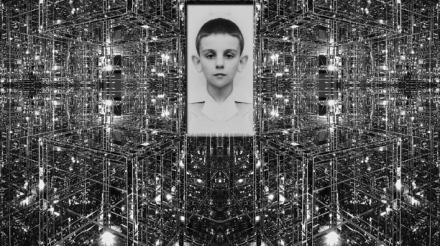 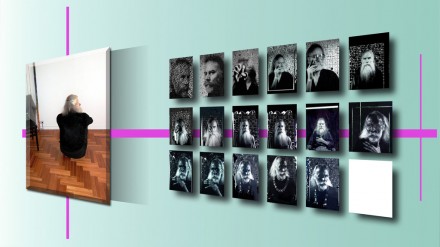 Samaras is also presenting one of his signature mirrored structures, Doorway, sitting in the middle of the room with a second mirrored box placed inside.  The resulting reflexive surfaces create infinite mirrored reflections, with hints of light refractions in juxtaposition with the images and objects placed inside.  The work had long been experimented with (an earlier iteration exists at Buffalo, NY’s Albright-Knox Gallery’s Collection).  In this version, Samaras’s work forces the viewer to contend with their own image as it contrasts with his own, both spread around the space and presented inside. 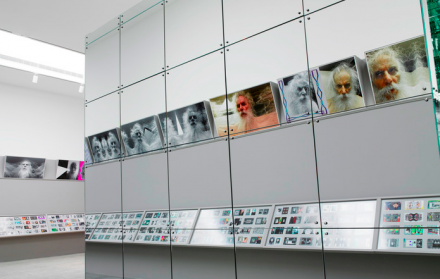 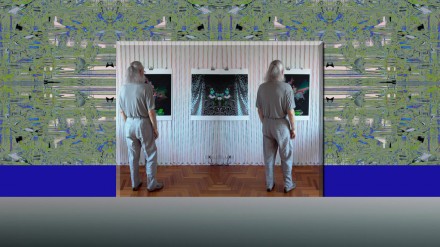 Samaras has committed himself to rediscovering his past work, and allowing for technological advances to further weave their way into the final presentation. His use of appropriation and reflection has allowed for him to recall his life and his life’s work as well as to explore the intricacies of the infinite, in contrast to finite human existence and presence, notably through the ongoing execution of his artistic practice.  While digitally enhanced photographs have allowed for Samaras to manipulate his own existence, they have also further pushed his usage of photography in the digital world, allowing for a more pervasive handle on incorporating his own signature into the images of his own life. 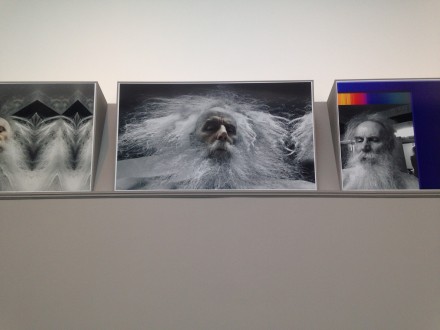 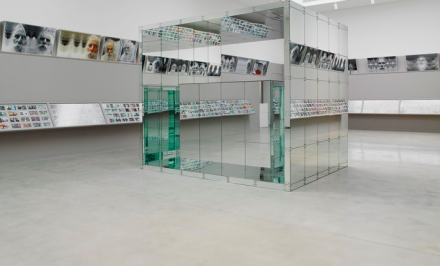 This entry was posted on Thursday, June 18th, 2015 at 12:00 am and is filed under Art News, Featured Post, Show. You can follow any responses to this entry through the RSS 2.0 feed. You can leave a response, or trackback from your own site.