New York: James Lee Byars: “The Figure of Death and The Moon Column” at Michael Werner through September 3rd, 2015 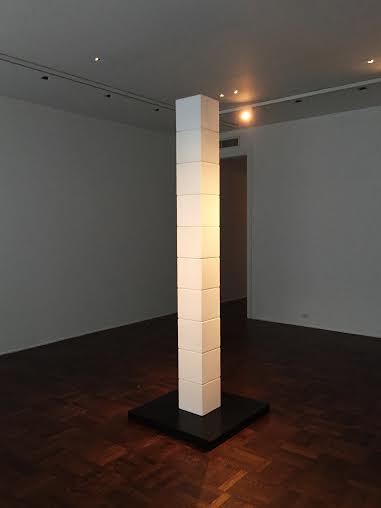 James Lee Byars, The Figure of Death (1987), via Art Observed

This summer, Michael Werner Gallery’s New York location exhibits a pair of sculptures from James Lee Byars; The Figure of Death (1987) and The Moon Column (1990) are shown concurrently with two other exhibitions of Byars’ work, The Diamond Floor and The Poetic Conceit and Other Works, on view at the gallery’s London and Berlin locales, respectively.

Byars, during his formative years as an artist, lived and studied in Japan, developing there an interest in Shinto and Noh stage plays. Shinto, a theology which argues for the existence of a divine essence in all things, and Noh, wherein actors employ codified, stylized gesticulations to represent the emotional states of their characters (which are, many times, human forms inhabited by a supernatural beings), undoubtedly influence the works currently on view. Through sculpture and installation, the artist, known for his perennial obsession with the physical embodiment of concepts such as “the Perfect,” or ultimate “Truth,” explores contradictions such as life and death, transience and permanence, and the physical and the spiritual. Using transparent combinations of simple forms and materials that easily trigger vivid associations,  he suggests a paradoxical communion between these alternative human conceptions. 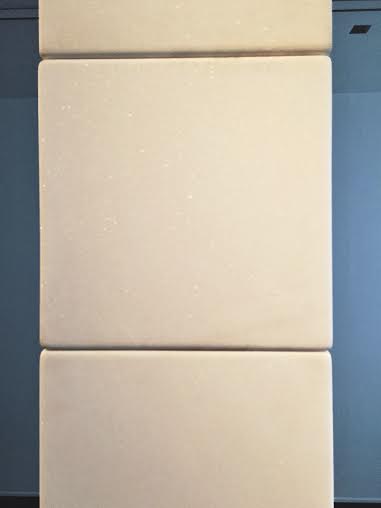 The two sparkling, 9-foot tall marble monoliths at Werner Gallery’s uptown location speak most intuitively to the idea of perfection.  The Figure of Death, fashioned by the upright stacking of ten unblemished marble cubes, and The Moon Column, a delicate, streamlined, hollowed-out half-oval, each occupy the direct center of two of the gallery’s solemn, otherwise vacant rooms, resplendent under a series of spotlights.  The paradigmatic medium, along with the geometric composition of the figures, their intimidating scale, and their placement in a space reserved for contemplation, necessarily cull a sense of piety from within the viewer, prompting association with the sacred geometry of classical temples, or an elevated notion of an architectural ideal. 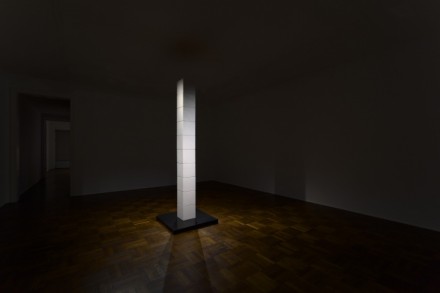 James Lee Byars, The Figure of Death (1987), via Michael Werner 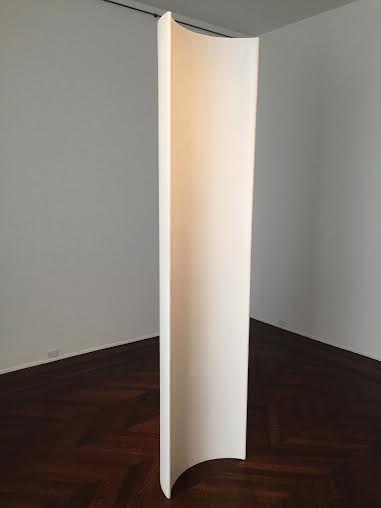 On the other hand, the abrupt, vertical, bipedal sectionalizing of parts in The Figure of Death, and the disconcerting, airy curve of Moon Column, combined with the inescapable, corporeal self-awareness the viewer experiences upon circumnavigating the larger-than-life structures, comes an anthropomorphizing of the sculptures that questions the existence of idealized concepts like “Perfection” outside of our own bodily perception.

James Lee Byars: The Figure of Death and The Moon Column is on view at Michael Werner Gallery until September 3rd. 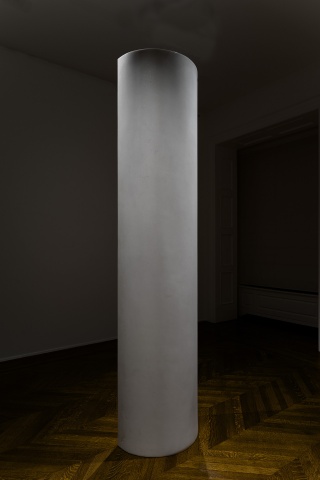 This entry was posted on Sunday, August 30th, 2015 at 9:24 pm and is filed under Art News, Featured Post, Show. You can follow any responses to this entry through the RSS 2.0 feed. You can leave a response, or trackback from your own site.