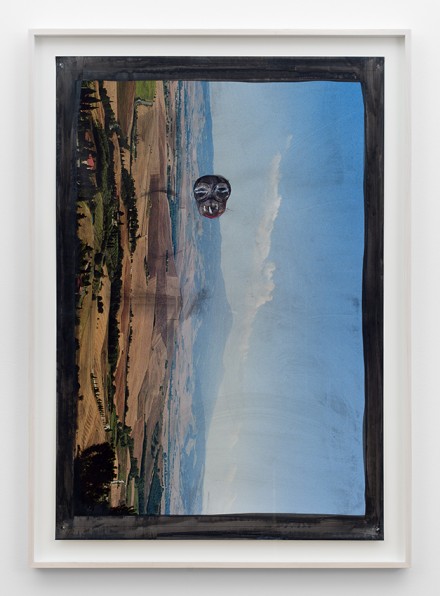 New York-based artist Huma Bhabha is holding an exhibition of new work at Clearing Brussels, continuing her focus on found materials and their negotiations with the experiences and memories  of the cultural and historical past.  This series, including works on paper, photo-collage, and sculpture, references modern human construction from urban landscapes to utopian architecture to figure-based monuments. The artist’s work explores the different environmental relationships that have occurred over time and continue to linger in contemporary society, occasionally indicating a certain fusion of divergent materials that have been produced in Bhabha’s studio as the artist studies a more intimate understanding of modern debris. 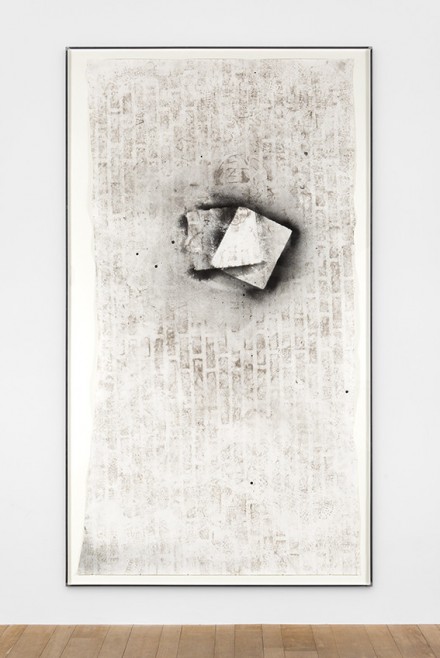 Bhabha is known for her raw, sculptural forms, which evoke primeval, ritualistic personas, or the post-apocalyptic inhabitants of a world gone awry. They are constructed from found and simple materials which allow her to explore the fertile ground where the abstract and the material collide. Her pieces are raw and hint at a lack of contemplation, simply manifested from her comprehension and questioning of past history as well as what materials she finds in the world today. 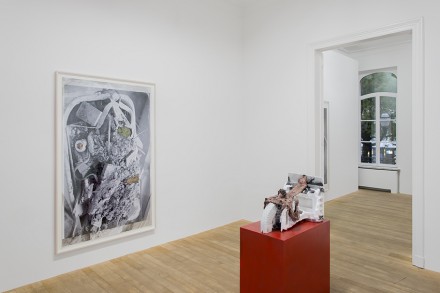 In this exhibition, Bhabha presents three sculptures composed from cork, Styrofoam, tire, nail polish, pinecones, acrylic paint, clay, and aluminum, with titles referring to deep histories of human civilization, including the ancient city of Balkh, which still echoes its past with its ruins, located in the region of northern Afghanistan.  Her work’s perspective, sitting at convergences of history and the present, allows her to create an alternative historical moment in art history, overlapping ideas of time and space.  Putting a contemporary spin on learned techniques, Bhabha merges what is learned and what is found. Her works tries to understand how these two areas of thought can rely on each other to co-host her manifestations of reclaimed and re-appropriated history. 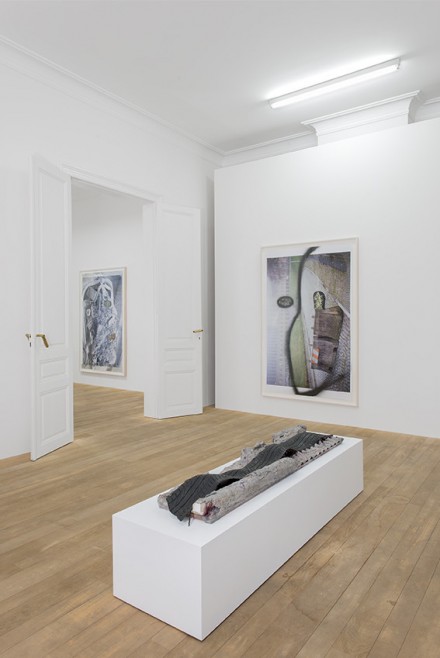 Aside from her sculptures, Bhabha’s works on paper also refer to re-sourced material and archiving, drawn from the patterned, overlapping reliefs of the artist’s studio. The density of each sheet of paper reveals the significance of Bhabha’s interest in sourcing materials for modern fabrication.  Bhabha’s large sheets of seamless paper act as exemplary evidence of the notable shifts in material perception over time, even as they reveal historical inferences in her work that could not be found in modern debris alone.

Wages of Fear will be on view until December 5th, 2015 at Clearing Brussels. 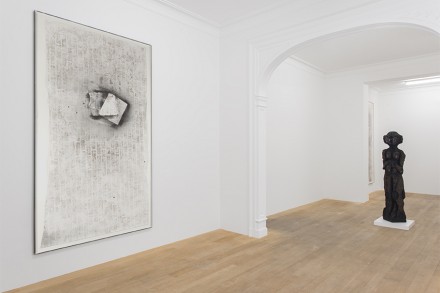 This entry was posted on Friday, November 27th, 2015 at 12:00 am and is filed under Art News, Featured Post, Show. You can follow any responses to this entry through the RSS 2.0 feed. You can leave a response, or trackback from your own site.