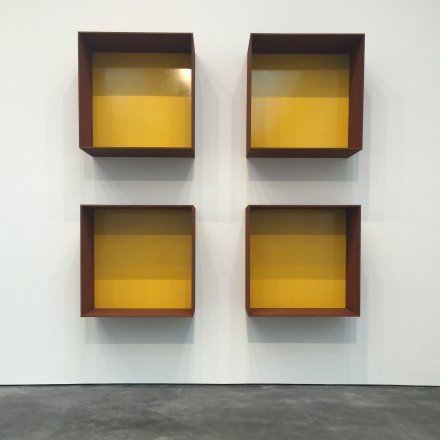 Over the course of his sculpting career, Cor-ten steel remained a consistent source of inspiration for Donald Judd, its variance in texture, hue and responsiveness to light offering the artist a malleable yet solid framework to continue his investigations in spatial interaction, light and time throughout his pieces.   Taking this material fascination as its starting point, David Zwirner is presenting a series of pieces from across the artist’s career, joined together by his use of Cor-ten, and underscoring the metal’s complementary characteristics when applied towards Judd’s aesthetic project. 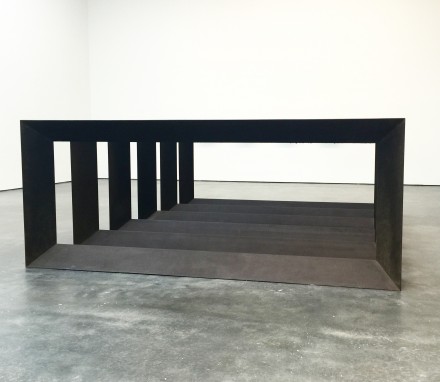 Consisting of just ten works and taking up two small rooms on the ground floor of Zwirner’s 20th Street flagship location, the exhibition is appropriately economical with its treatment of Judd’s pieces.  An artist who frequently emphasized the slight variations and changes in line and form as the ground rules of his practice, and a cornerstone of the minimalist aesthetic, Judd’s use of hard lines and subtle changes in color or placement of single elements in his pieces bring attention to changes in perspective and time, prioritizing the experience of viewing his work as a series of passes, pauses and reflections.  Here, the series of Cor-ten sculptures bring this to the spotlight, whether suspended on the wall or lying on the floor.  In each, Judd’s slight intrusions into his formal containers foreground their own viewing process. 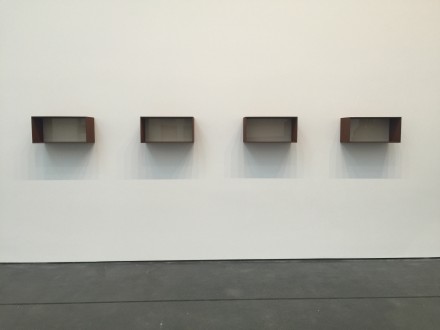 Yet at the same time, the material itself takes a certain spotlight here.  Its rough surface and subdued patina, taken in conjunction with the artist’s aforementioned technique, allows a distinct consideration of its construction, tracing the grain of the metal as it moves into corners and cuts off at the edges of his multi-tiered pieces.  Against this, the colored acrylic sheets that sit within each work offer a pointed contrast, playing against the ground of each box as if it were a focal center.  Yet even with each sharp, reflective piece, the viewer is often drawn to the surrounding area, as the staggered shadows and reflections of the artist’s work trace a noticeable counterpoint to its interior. 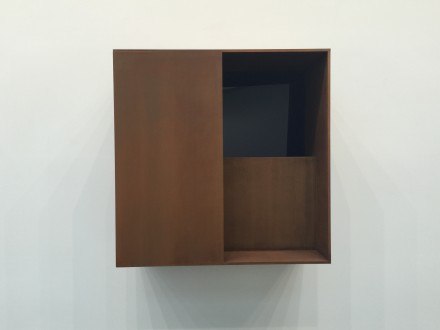 It’s this point that best exemplifies Judd’s work, the plays of light and shadow, interior and exterior that subvert easy readings of his pieces as a single object or series against the architectural space around it.  Here, focusing on a single material, the artist’s interests crystallize, showing this exchange in a series of varied, yet unified interests. 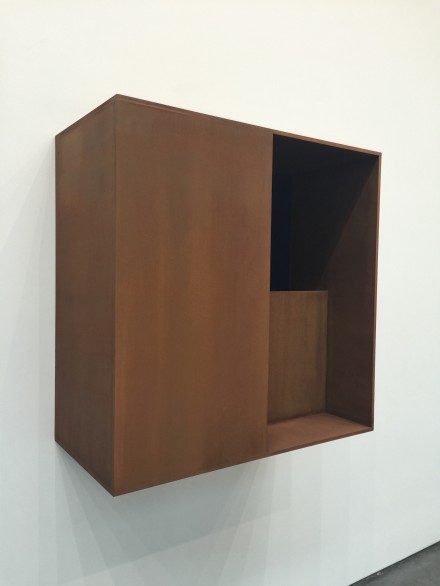 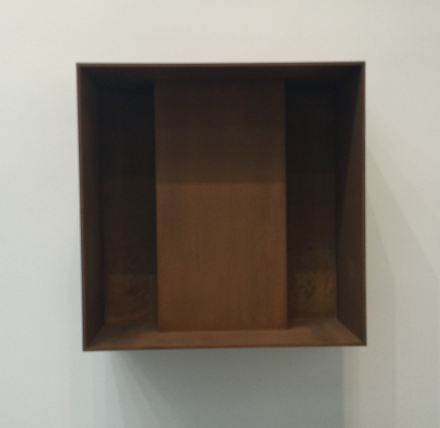 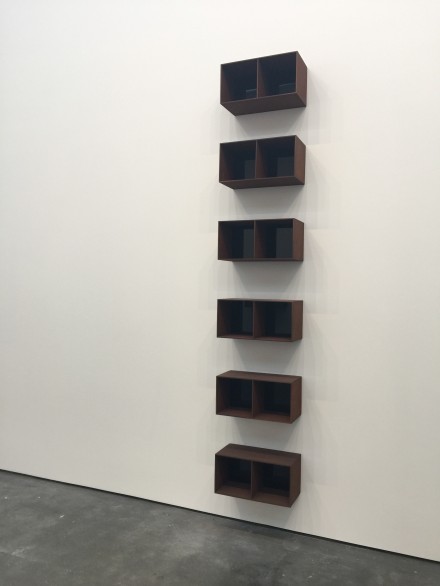 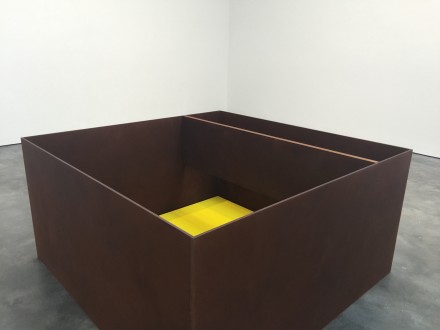 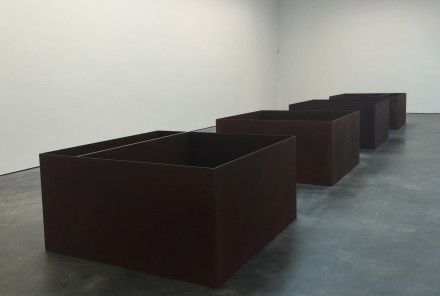 This entry was posted on Wednesday, December 16th, 2015 at 12:00 am and is filed under AO On Site, Art News, Featured Post. You can follow any responses to this entry through the RSS 2.0 feed. You can leave a response, or trackback from your own site.