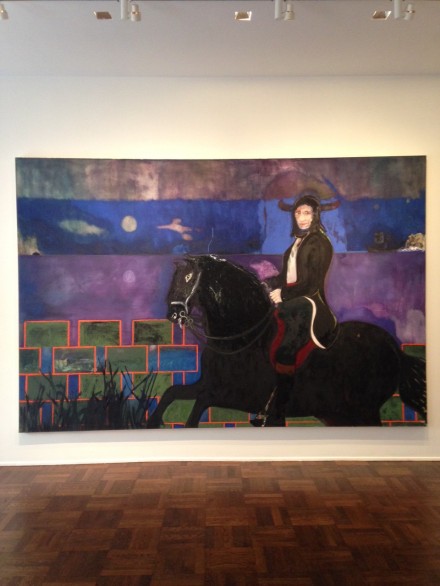 Following his solo exhibition at Fondazione Bevilacqua La Masa that coincided with the 56th Venice Biennale, Peter Doig is the subject of an exhibition at Michael Werner‘s Upper East Side townhouse with his new body of work.  Featuring works from the artist’s Italian debut, the selection of pieces at the gallery includes works Doig created in 2015, reflecting the Trinidad-based artist’s most recent artistic endeavors, and an expansion of his increasingly fluid and expressive hand. 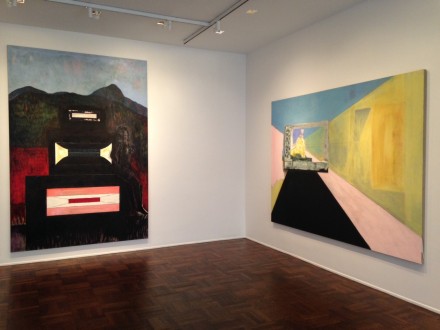 Doig weaves subliminal threads into often pastoral and occasionally mundane scenarios in his acclaimed oeuvre, one which has earned the artist immense critical and commercial success over the years. Memory, which the British born artist employs as a source of scenes and cues to reflect upon in his work, continues to stand as an inspirational vessel to bear his loosely narrative yet artistically sturdy works of art. 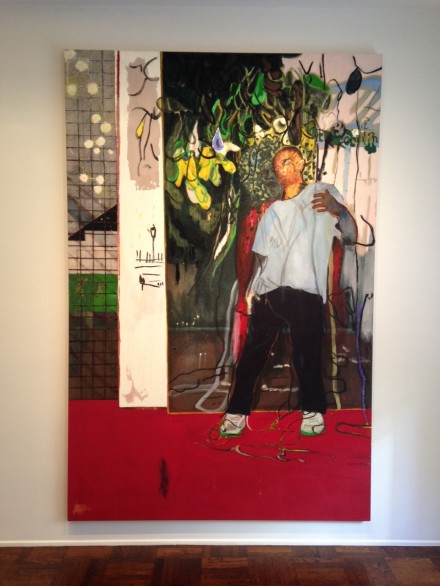 The artist’s hand has evolved spectacularly over the past decade, moving from spattered, multi-dimensional canvases that overlay jittery brushwork and illusive imagery to confound easy readings of the scenes depicted, onwards towards more fluid, staid scenes that nevertheless continue these indeterminate, dream-like spaces.  Doig’s days in Trinidad are particularly pronounced in this set of oil paintings, and do not shy away from expressing a certain artistic naiveté that mainly nourishes from the island’s unspoiled habitat and his own biography.  Far from the complex and theoretical art making of today, Doig’s practice exalts the aesthetic vigor of painting and translates its visual extents into a personal journey.  Forms are traced or reinterpreted several times over, or fold layers of paint over figures or structures to give them a ghostly afterimage, informing surreal scenes with the same sense of fading memory that defined his early work. 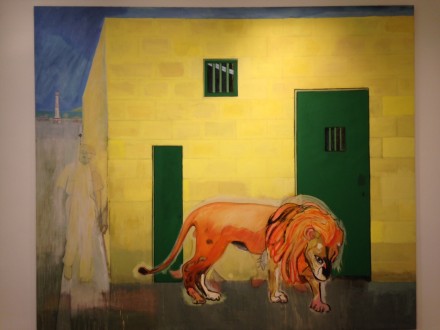 Grasping the hues and spectral forms that depict demure, yet somewhat reserved situations, Doig orchestrates striking connections to the Impressionists and their mediative brushstrokes, yet his inspiration primarily stems from the daily rituals of the modern man. In this exhibition, the contrast is slightly less overt, as the complexity of magic realism claims a major territory, and often sits just under the surface of his images. 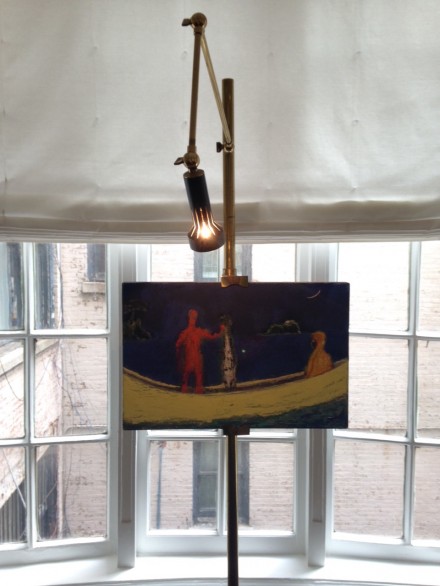 Repeating various settings from street corners to surrealistic landscapes, the lion motif, sporting various headpieces, cements this prevailing dream-like state. Observation on the other hand conveys another series of paintings, for which Doig studies individuals and their interaction with nature.  Horse and Rider, Spearfishing and Night Studio reflect traces from the artist’s days in the Caribbean island, applying just enough evidence to build narratives for viewers to take the first step into his world.  Yet these moments of the everyday are constantly deflected by the artist’s hand, allowing dreams and fantasies to slip into the seams.

Peter Doig is on view at Michael Werner through January 16, 2016. 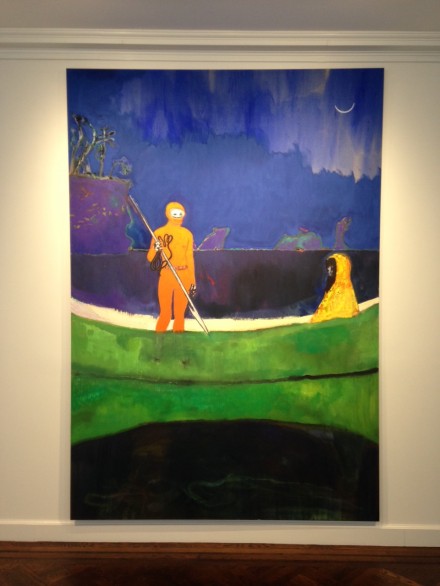 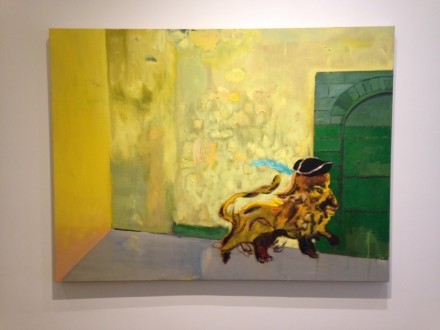 This entry was posted on Tuesday, December 29th, 2015 at 12:00 am and is filed under Art News, Featured Post, Show. You can follow any responses to this entry through the RSS 2.0 feed. You can leave a response, or trackback from your own site.